Sun Tan is a project for a restaurant of about 70 m2, located in Bairro das Colónias, in Lisbon. The project is installed on the ground floor of a building constructed in the 1930s, included within Lisbon’s most significant set of Art Deco style architecture.

The restaurant concept is centered around the creation of Asian-inspired food, with an informal, unpretentious, and homely atmosphere, a premise that was reflected both in the project preparation and in the interior design of the restaurant.

The organization of the interior design, after the total demolition of all the existing compartmental walls, primarily aimed to create a link between the street and the outdoor patio. As the space is organized longitudinally in the form of a corridor, the idea was to accentuate this geometry, with the layout following the various programmatic needs according to the natural fluidity of the space, from the entrance, with the introduction of a fully folding door, right up to the patio in the rear of the building, which had not been previously accessible to the public.

The kitchen was positioned as a central element, open and corresponding to the space with the lowest ceiling height. The customer zones are at the two opposite ends, marked by taller ceiling heights, with the main dining room and the toilet facilities.

The key goal of the interior design was to boost the brand concepts, creating an invigorating atmosphere through the use of color, with familiar materials, textures and shades that generate a stylish but comfortable ambiance. The choice of tiles for the full wall cover of the space emerged from the desire to produce a single-material spatial effect, where the covering of the functional spaces merges with the social spaces. Thus, the space is perceived as a whole, despite the distinct functions enclosed. Although only one material is used, its possibilities enable creating different environments through the choice of the color of the tiles and the mortar uniting them. This color scheme was achieved by defining two palettes of reversed colors. Accentuating the longitudinal nature of the space, one wall was covered in maroon tiles with white mortar in between each tile, while on the opposite wall the effect was reversed using white tiles with dark maroon mortar. This logic also enhanced the versatility of the space, enabling its use both for lunch and dinner, as the two reversed colors give rise to balanced atmospheres: one bringing in light for the daytime and the other more comfortable for the evening. The two types of wall covering come together in the toilet facilities, through a geometric composition in the shape of a staircase, as if sewn together.

The accessories that were specifically designed for the project combine metal structures in glossy Ferrari red, like the lamps, tables, and washbasin, that contrast with the matt finishing of the walls. Outdoors, the existing brick wall was kept, as a testimony to the past, adding texture and individuality to the patio. All the other walls were painted in ochre and pink hues that, by contrast with the green of the vegetation, infuse the space with color. 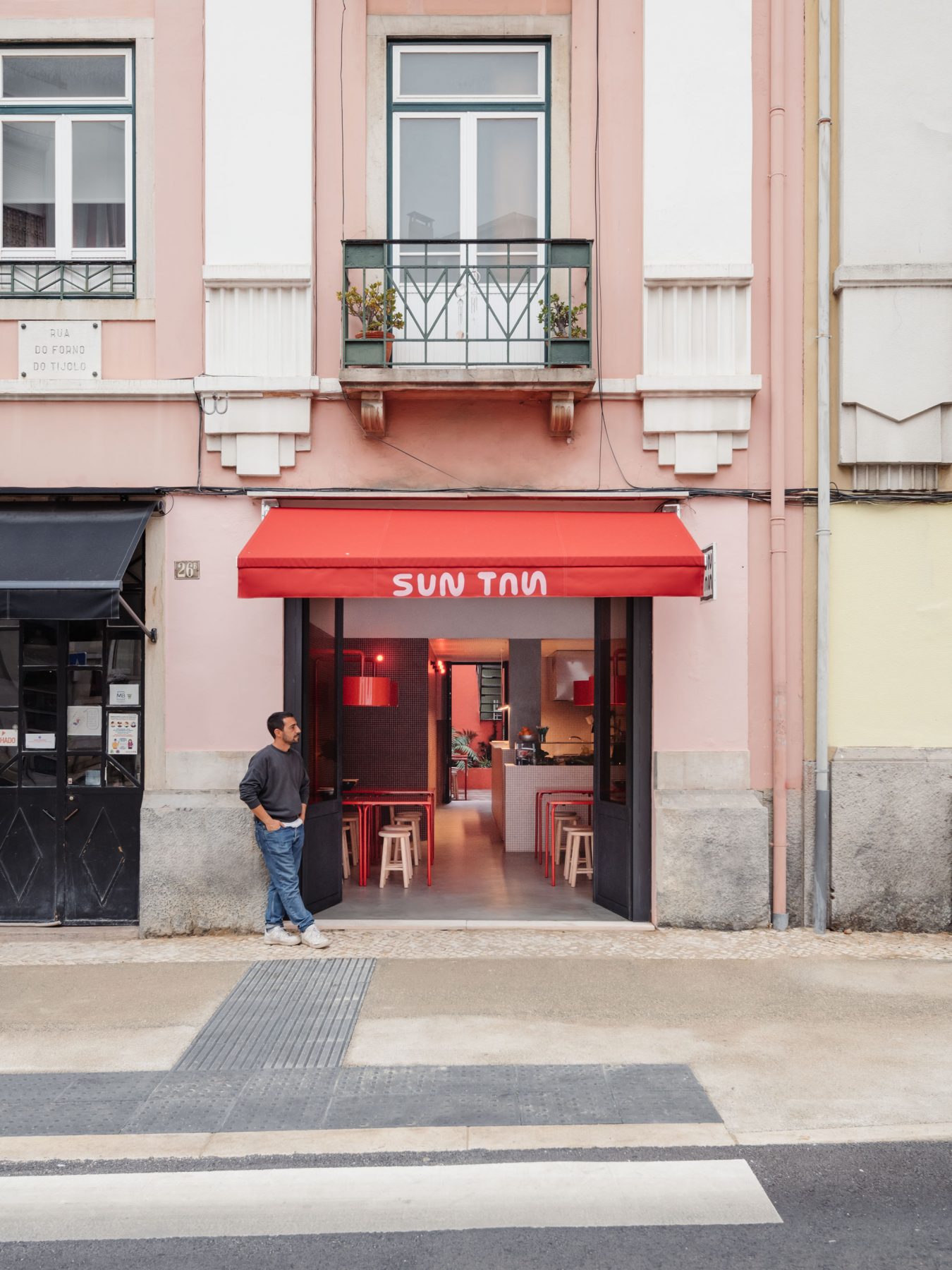 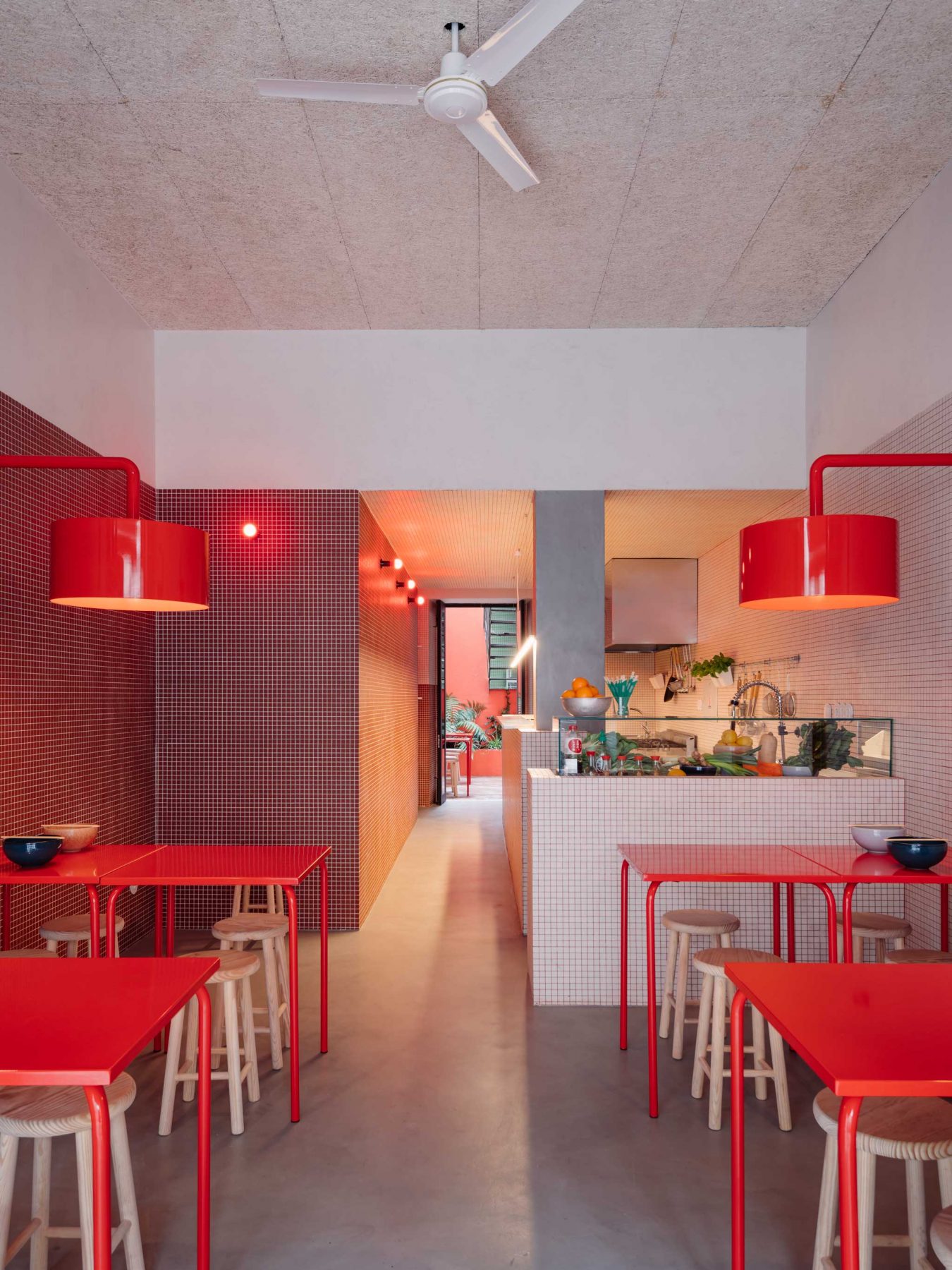 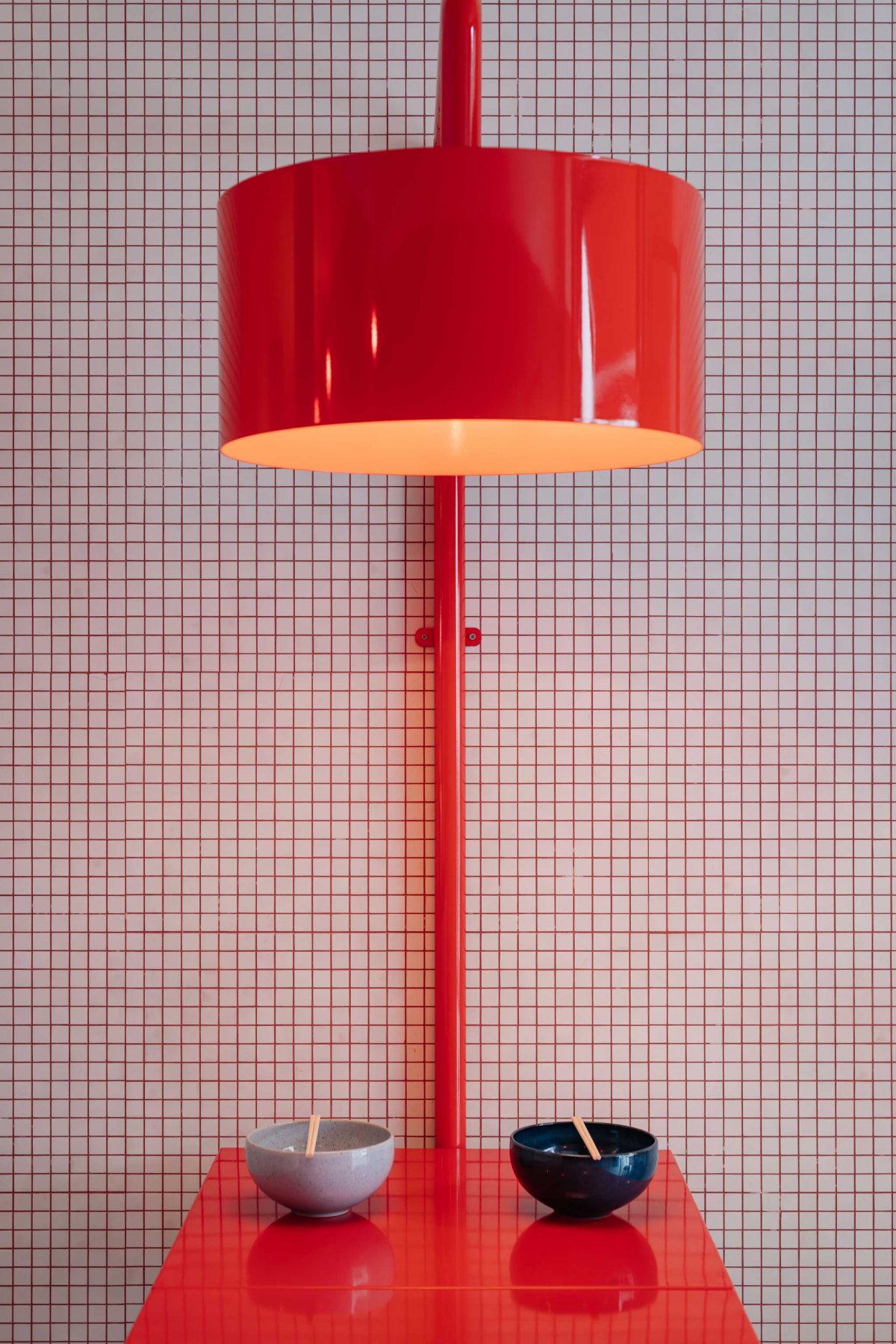 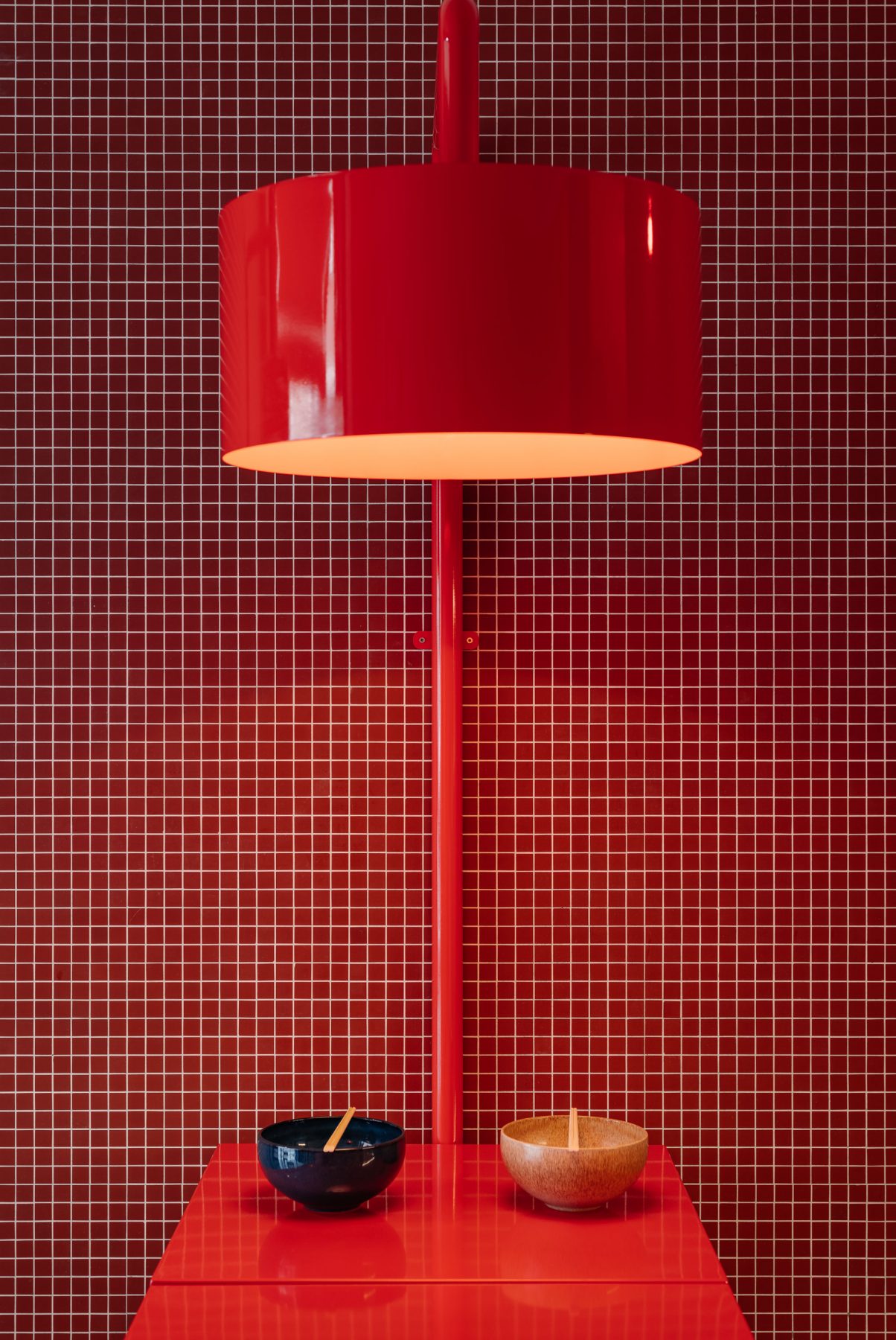 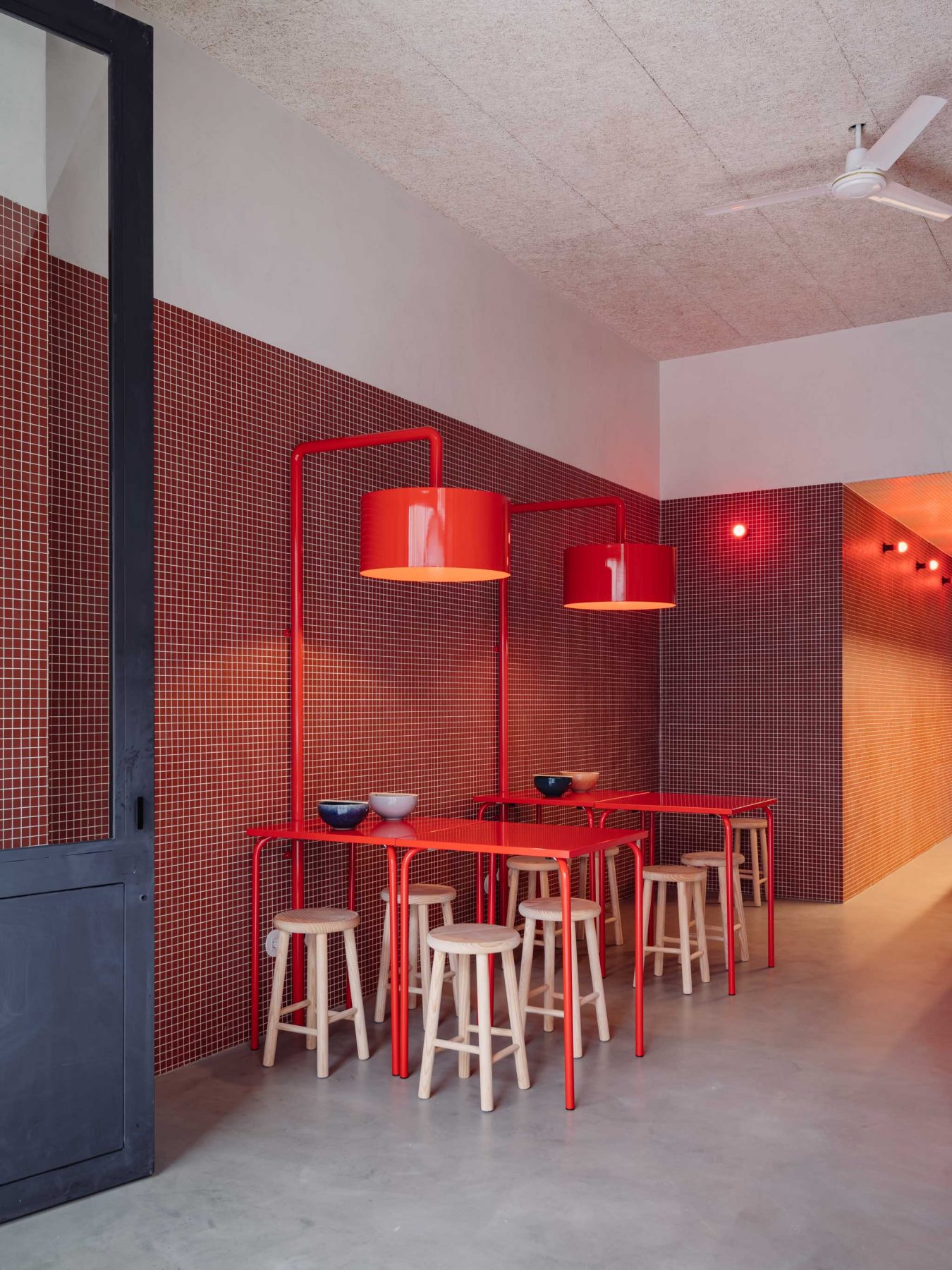 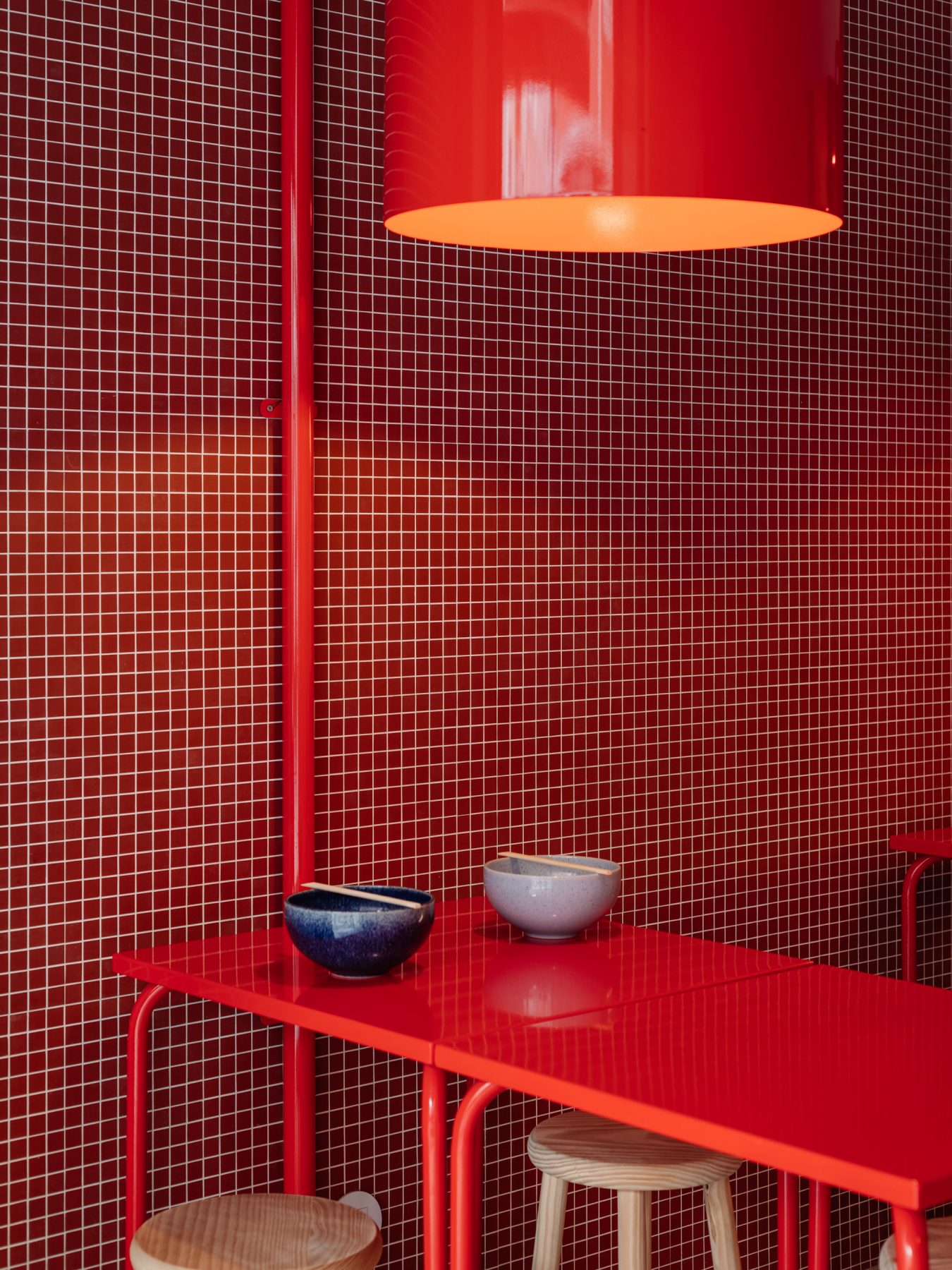 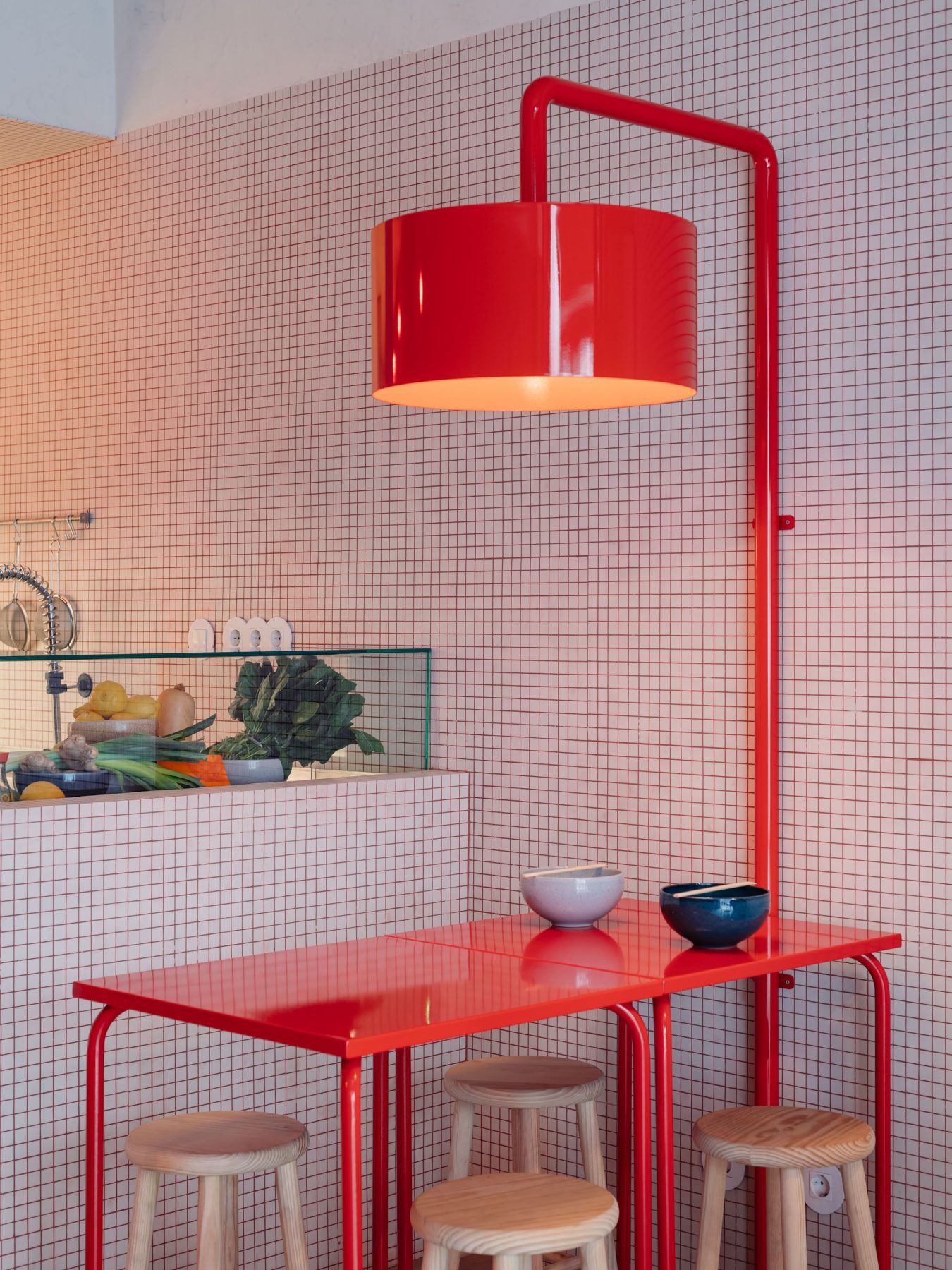 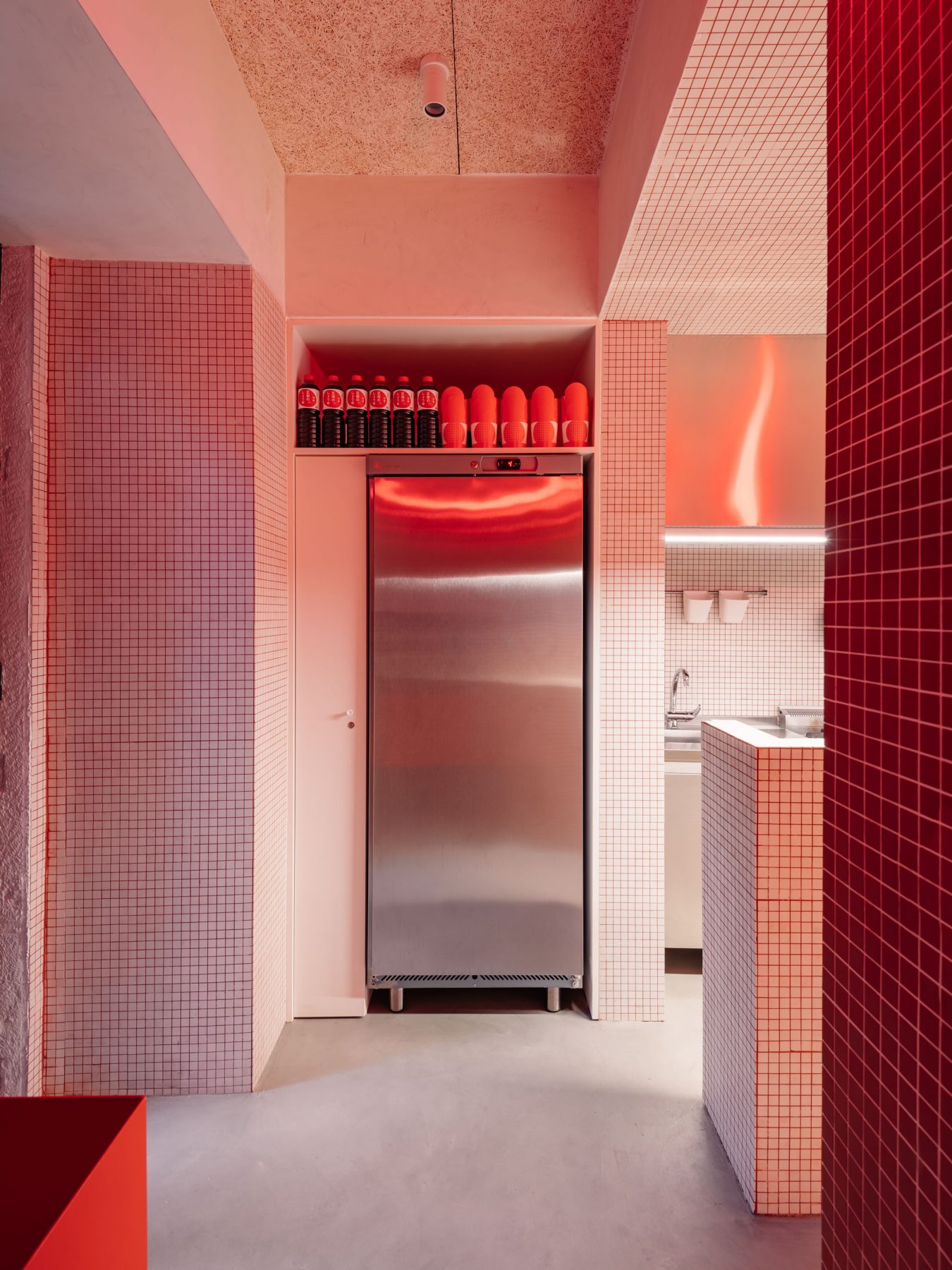 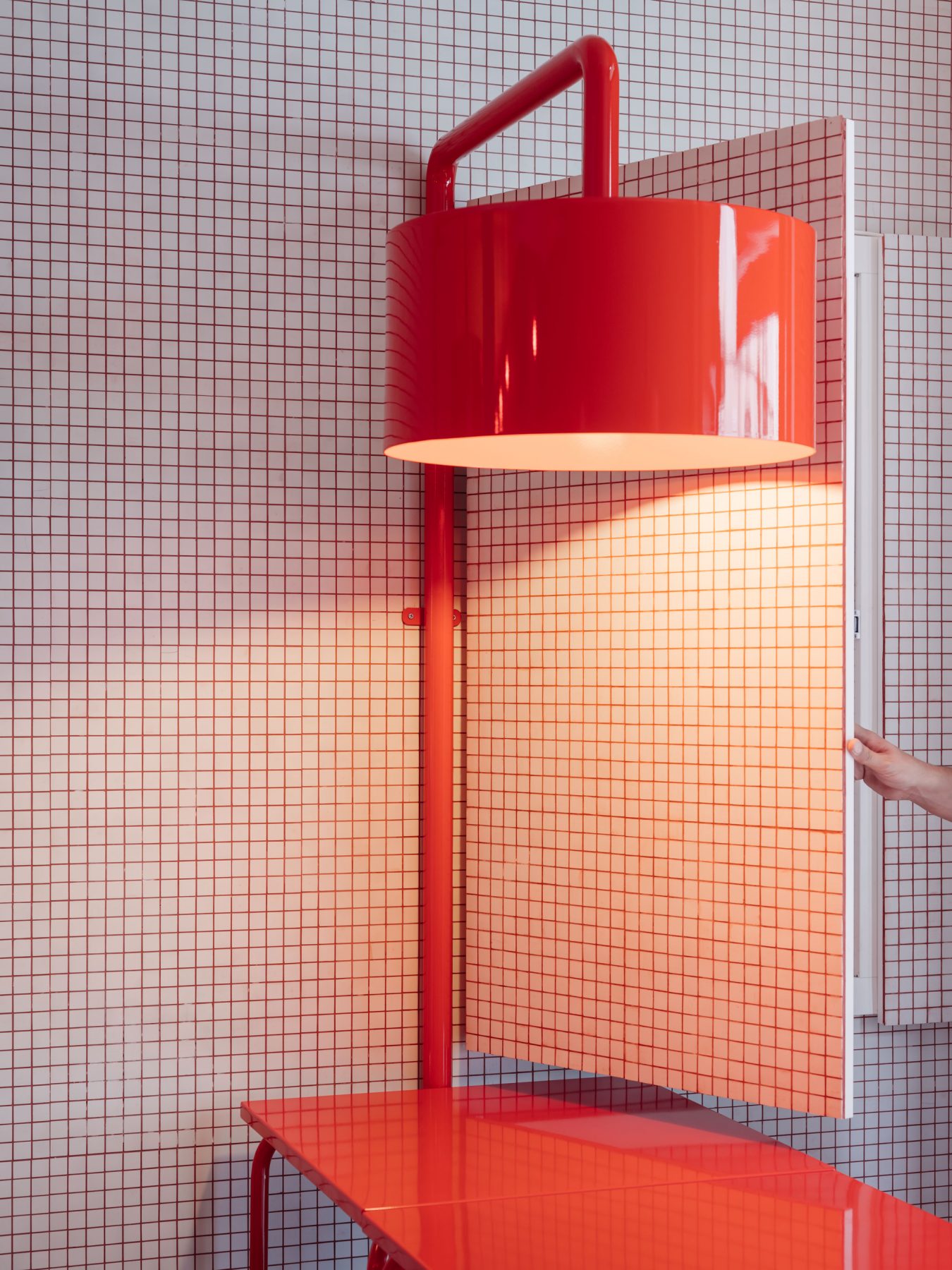 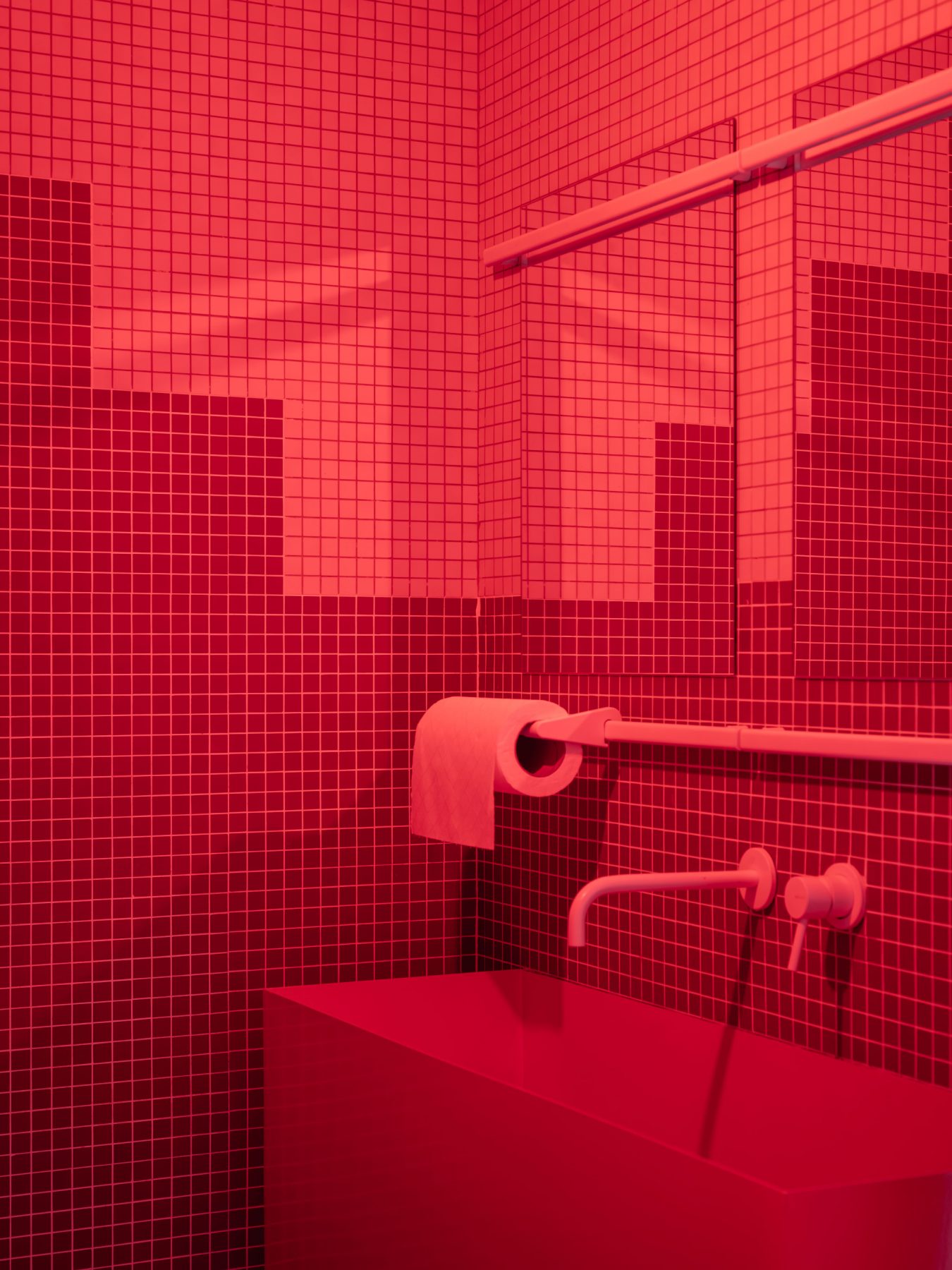 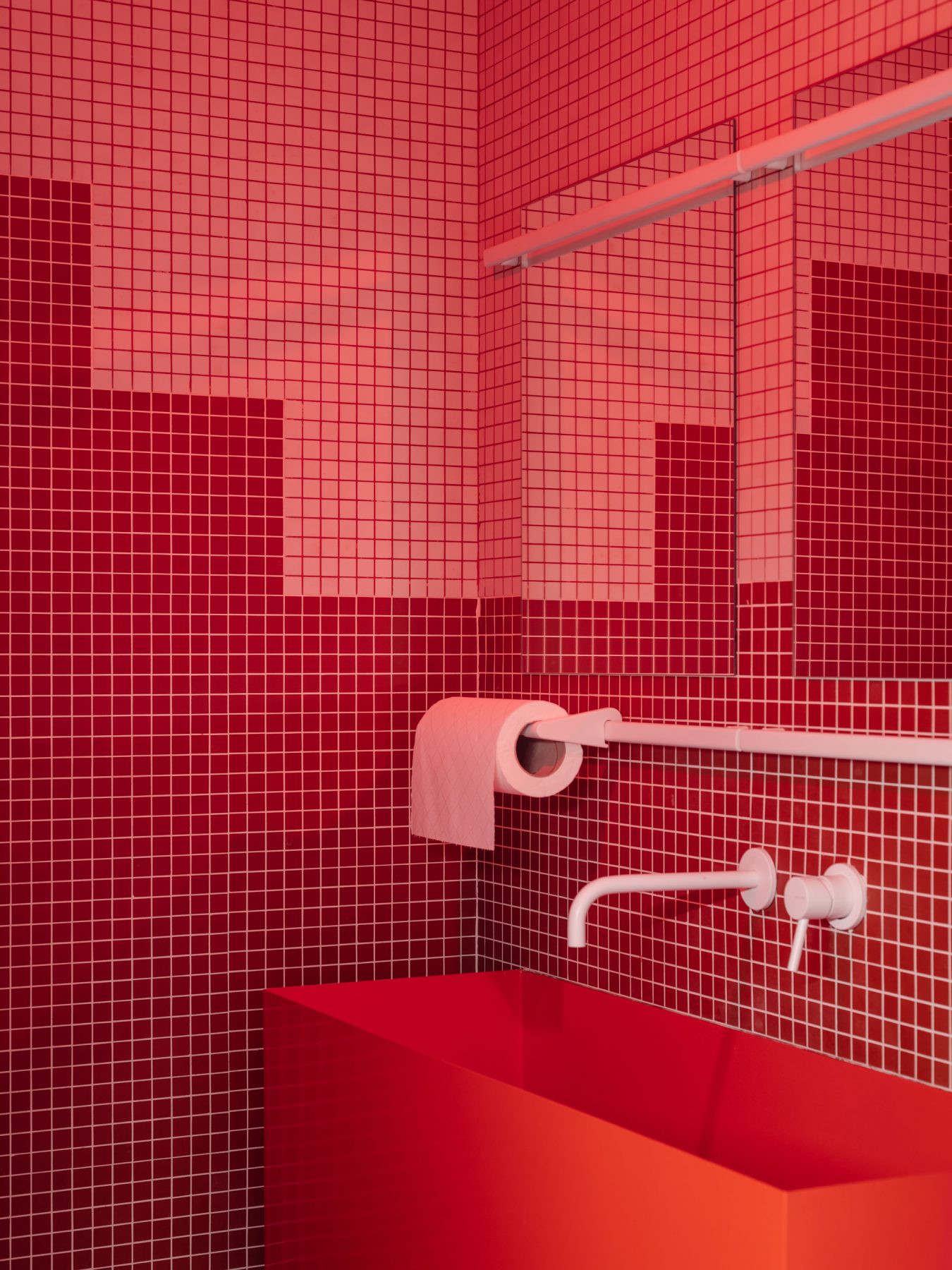 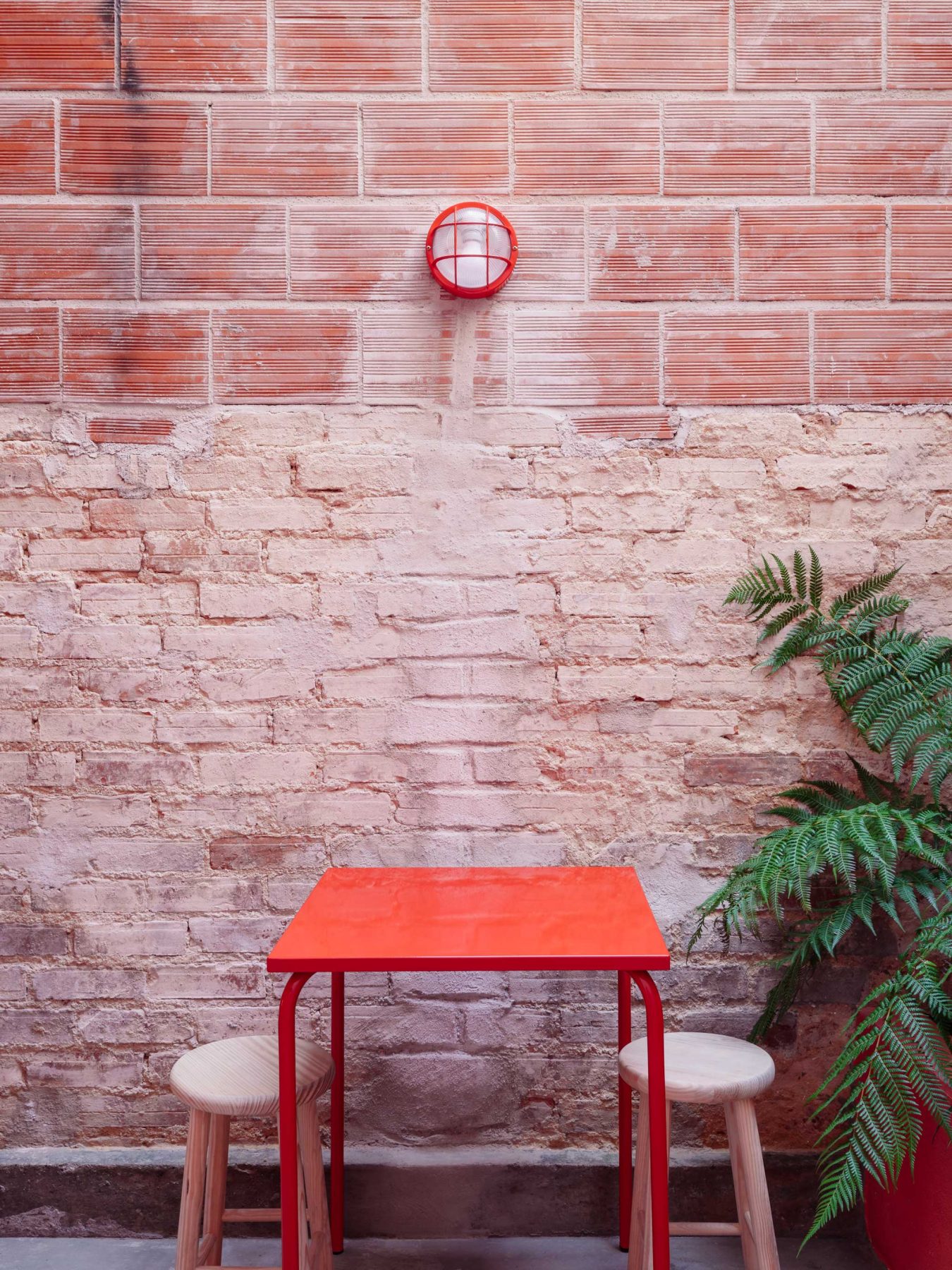 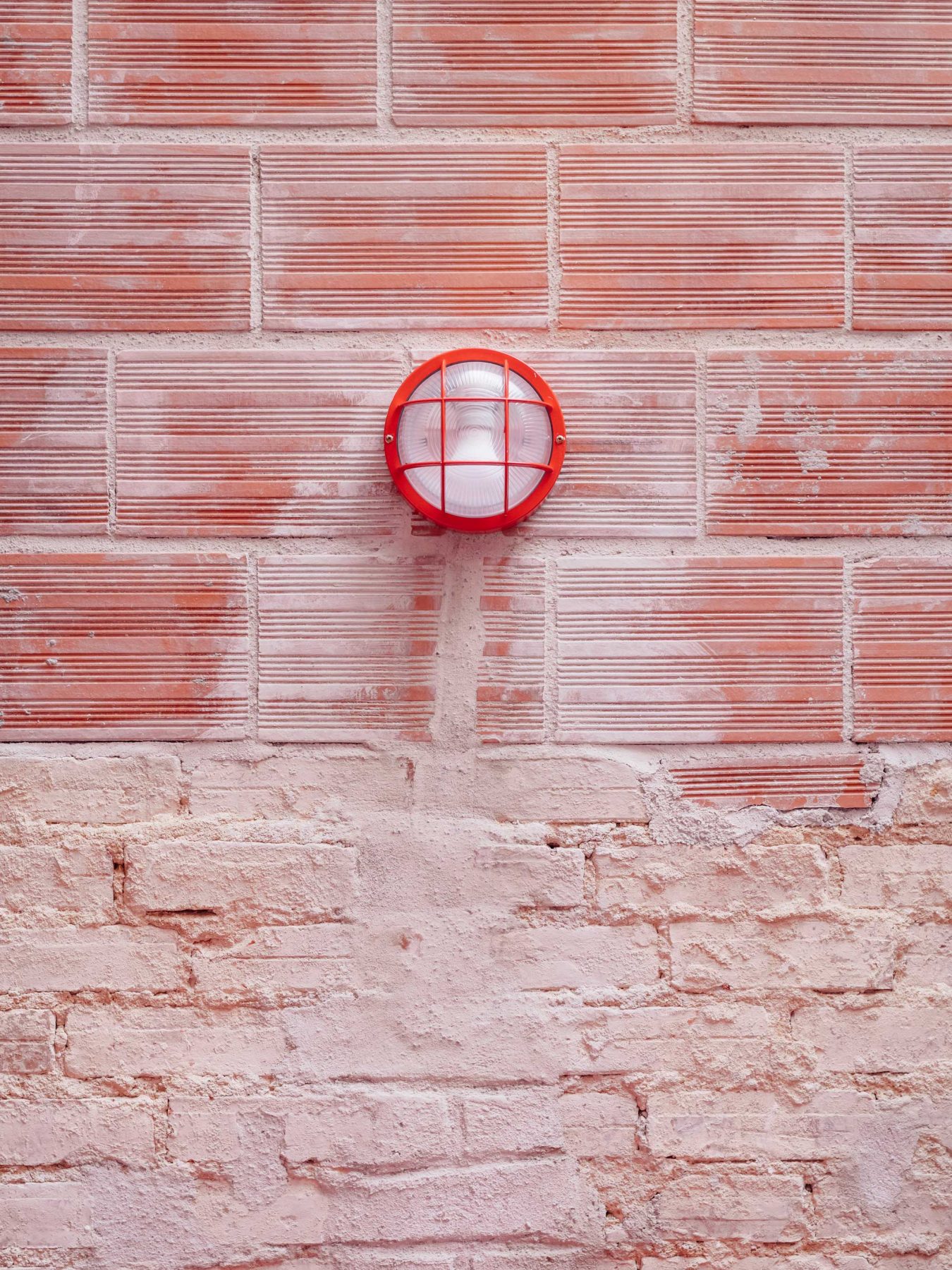 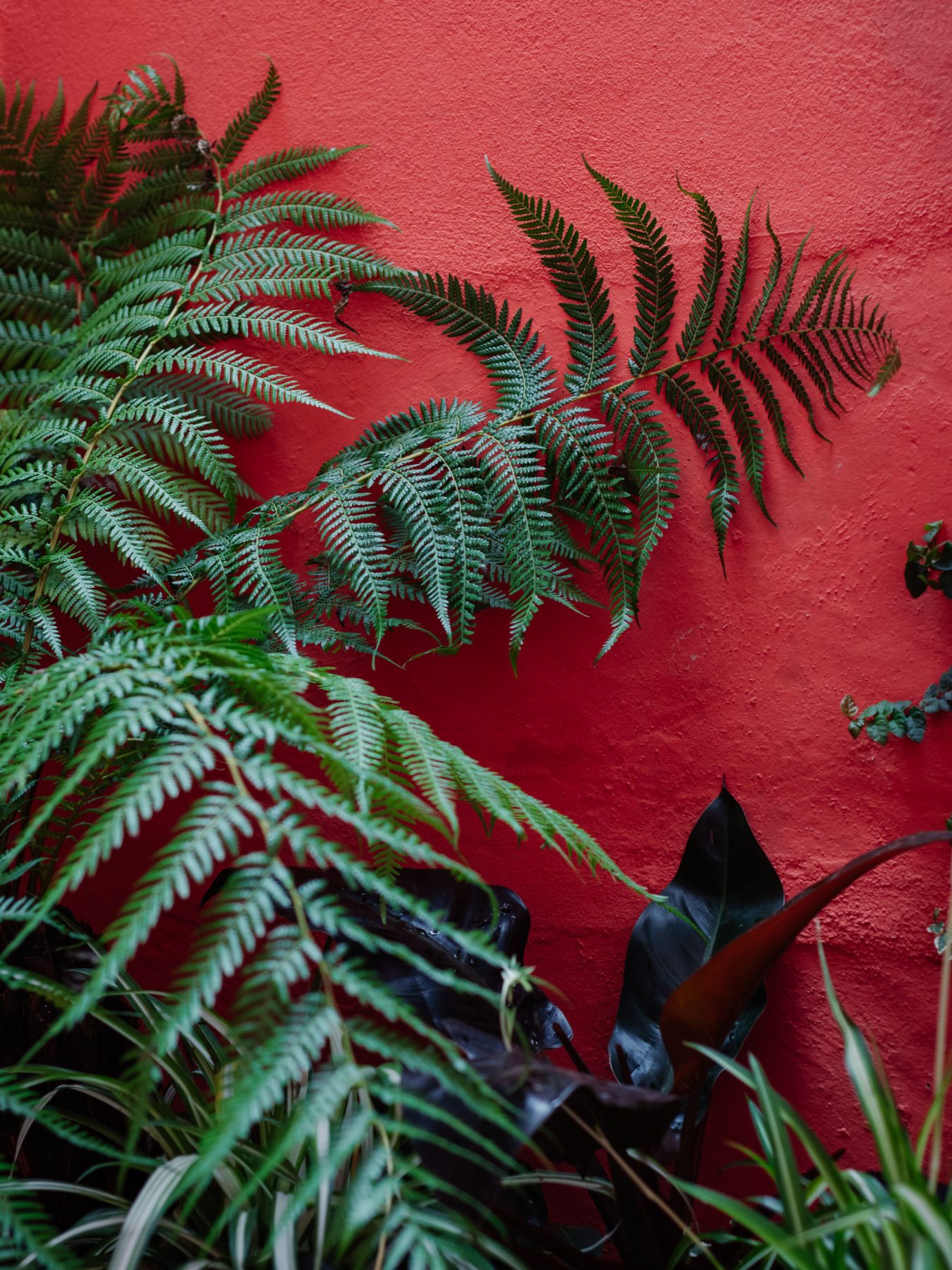 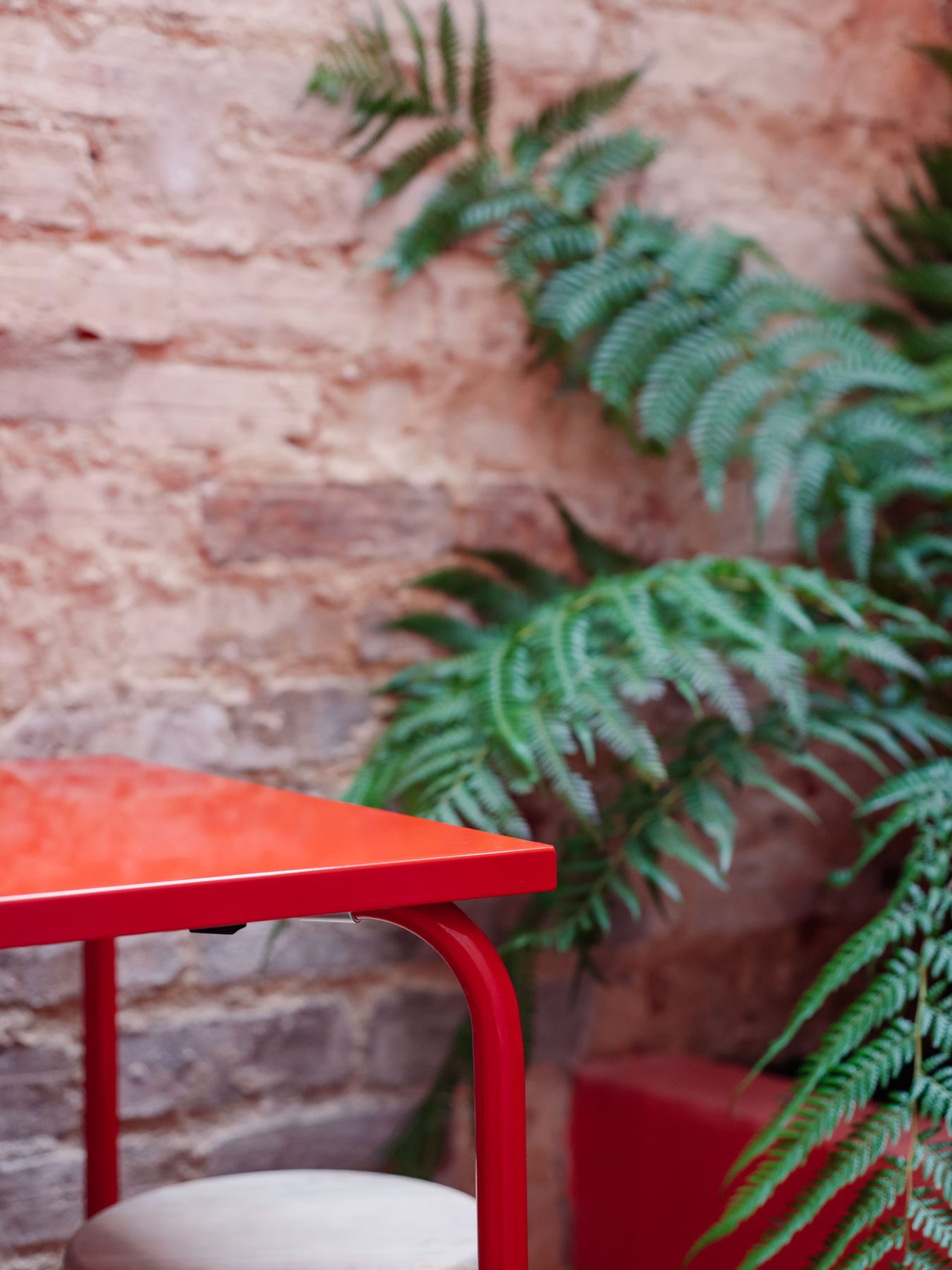 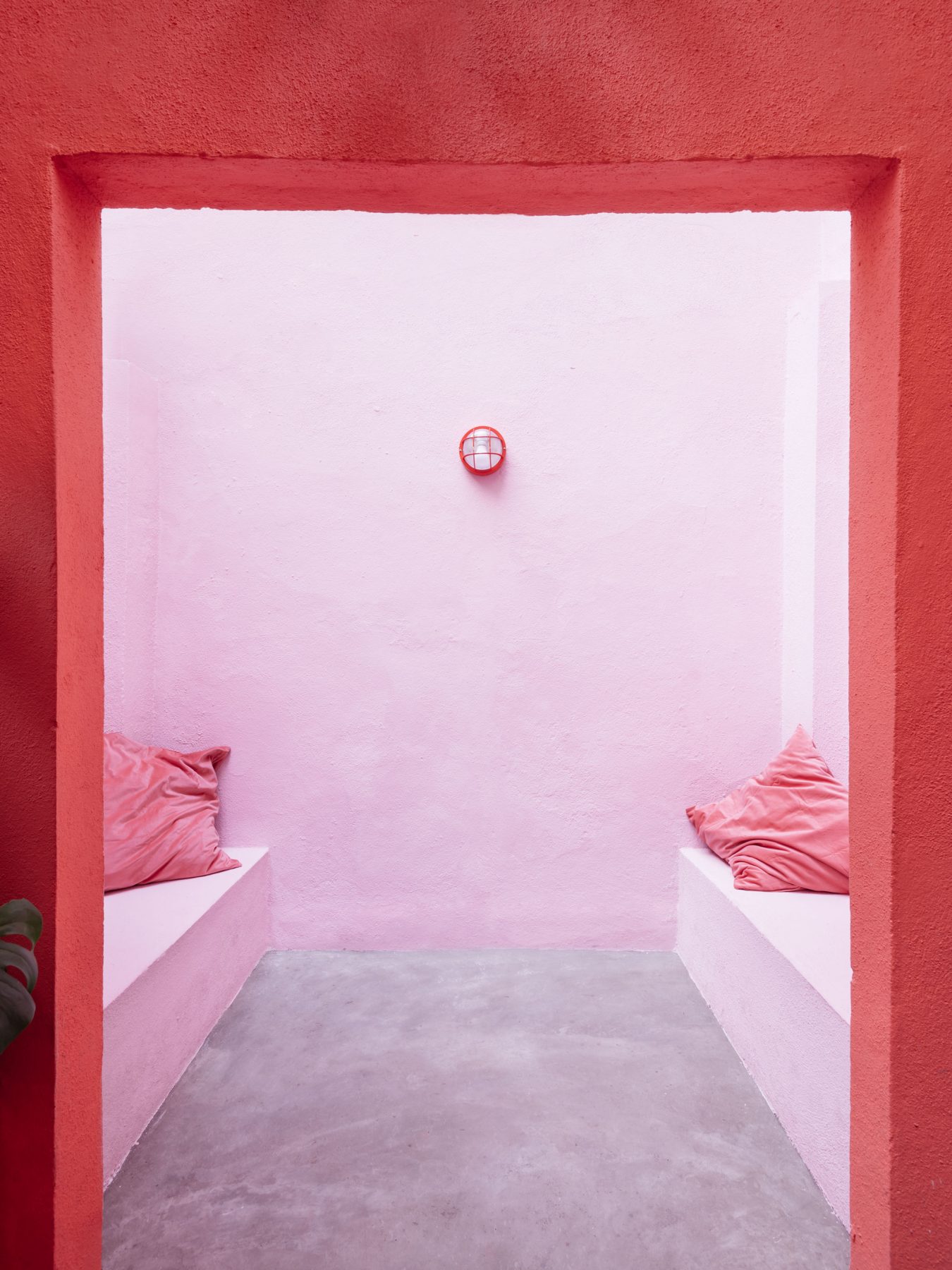 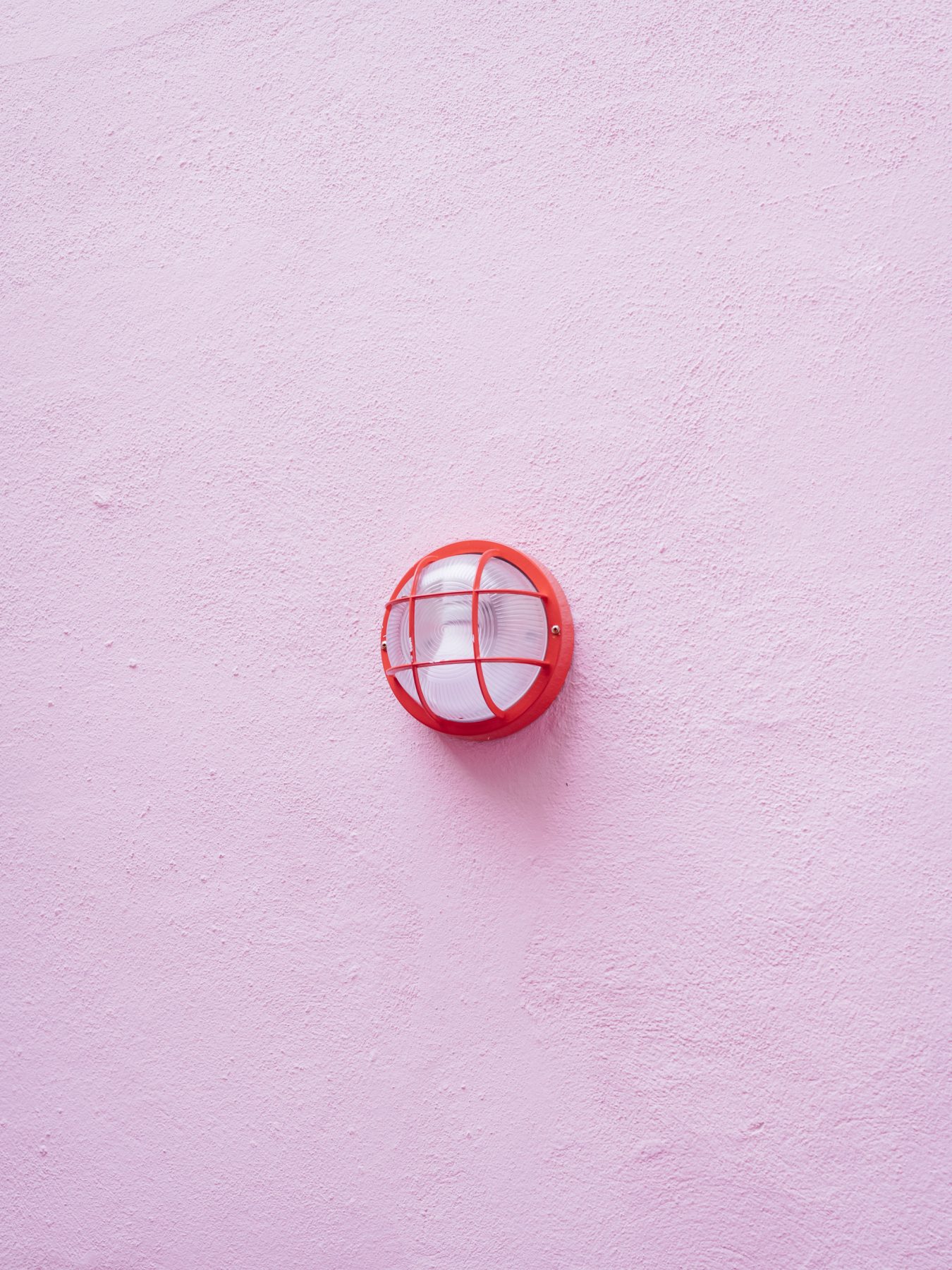 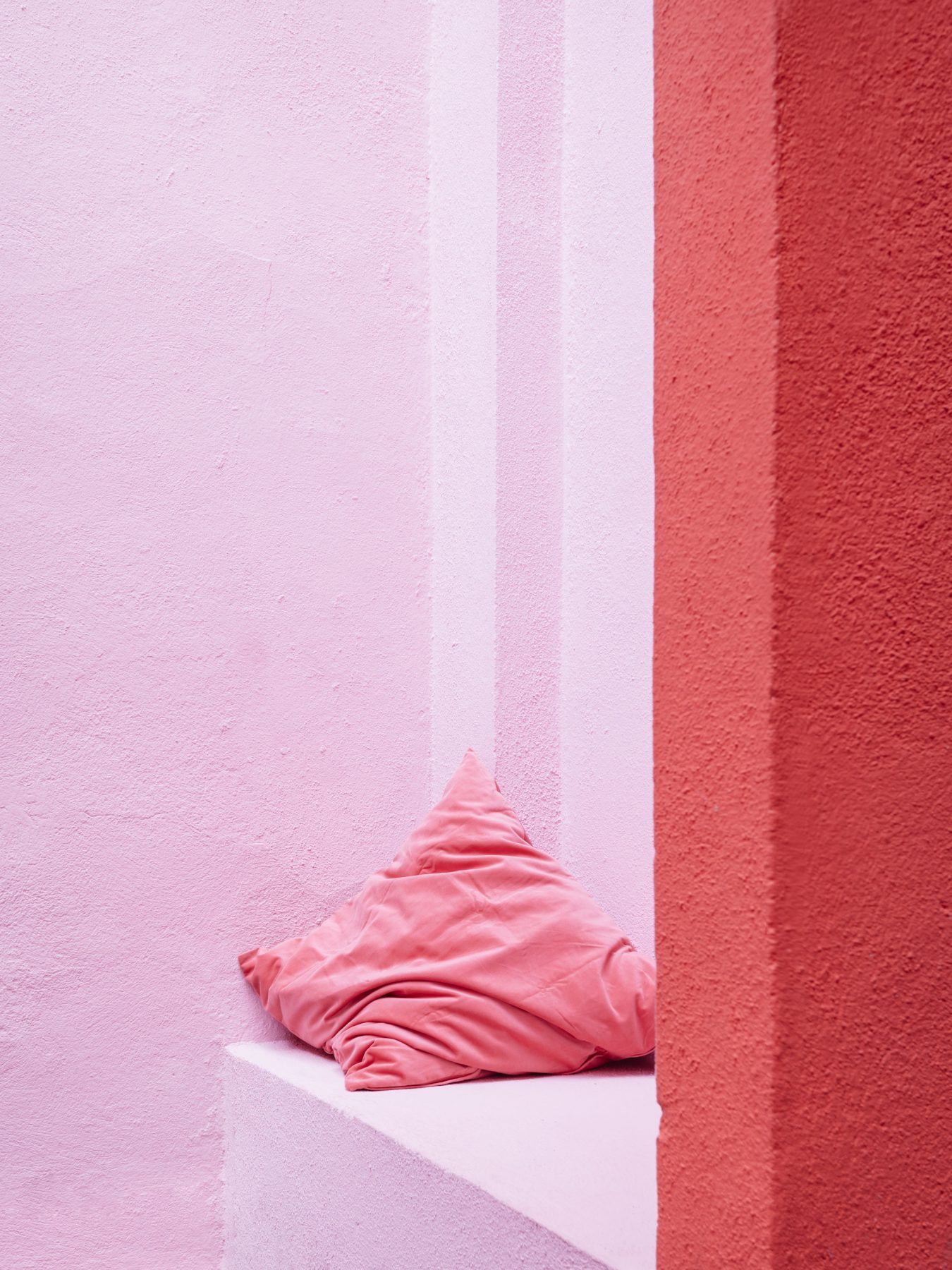 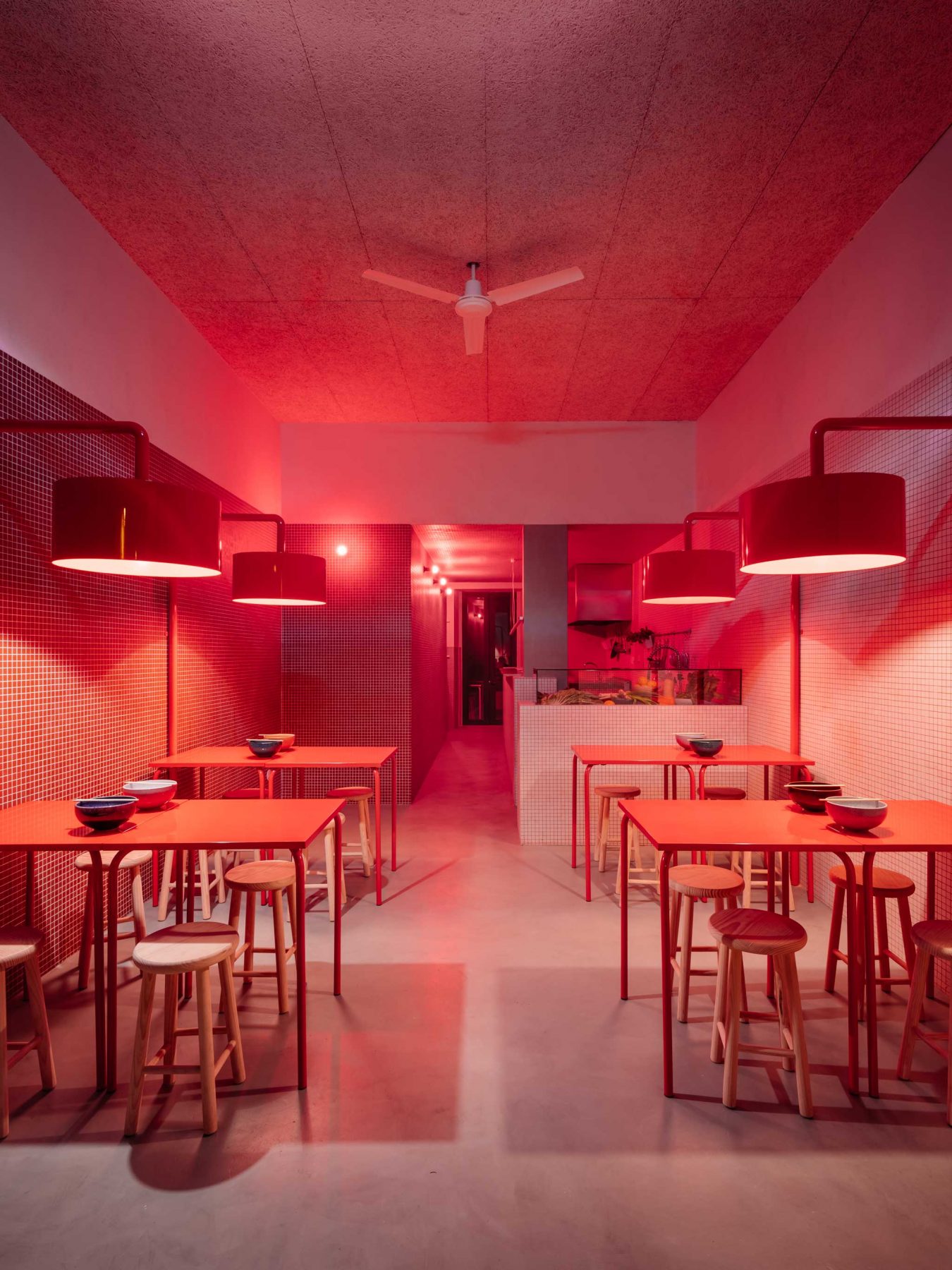 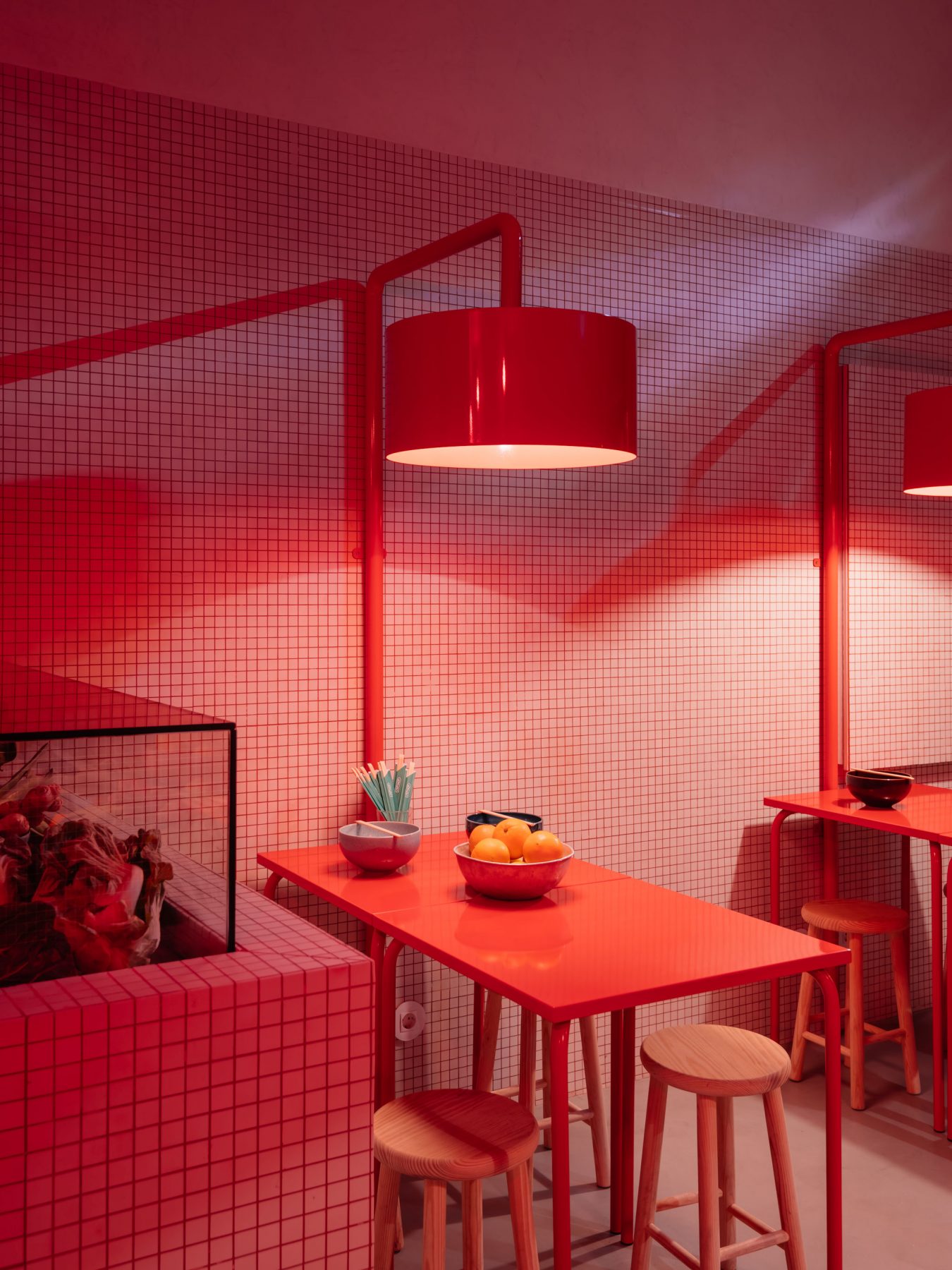