The project for converting the second ISTO. store in Lisbon sought to be precise and effective in implementing the propositions outlined for the brand. The concept previously developed followed the line of thought of the Portuguese clothing brand, which has adopted an independent and disruptive stance with the fast fashion industry.

A new line of articles was developed that could be included in all the shops, thereby materialising the strategy featured in the slogan ‘Luxury Essentials made affordable. 100% organic. Transparently made in Portugal’: the ‘essential’ feature of the products is underscored by the use of base colours – grey, yellow, green, pink and blue; the incorporation of natural stone reinforces the ‘organic’ nature; and the sense of transparency is provided through the use of translucent materials such as glass and acrylic. According to this mindset, the furniture prototypes were designed as key elements to be deployed in the brand’s physical spaces: a storefront, a counter, a table and a mirror.

The shop is located on the ground floor in the historic district of Chiado and covers an area of 55m2. It consists of a wide space punctuated by three stone masonry arches. The area contained within two of these arches was enclosed to accommodate the fitting rooms, leaving the central arch free and creating a symmetrical and balanced elevation inside the shop. These two new structures were painted blue, standing out from the other white surfaces of the pre-existing walls. The glazing of the shop windows was given new frames in the same colour.

The new service counter displays a front panel in ‘Tinos Green’ marble, lit by a linear lamp, designed in translucent pink acrylic sections. A massive block of the same stone supports the tall mirror, as a monolithic feature, while the table with glass top displays the smaller scale accessories. The base of the existing clothes racks, designed by the designer Manuel Amaral Netto, have details in marble, creating an enveloping atmosphere in which the elements meticulously communicate with each other through colour and texture. 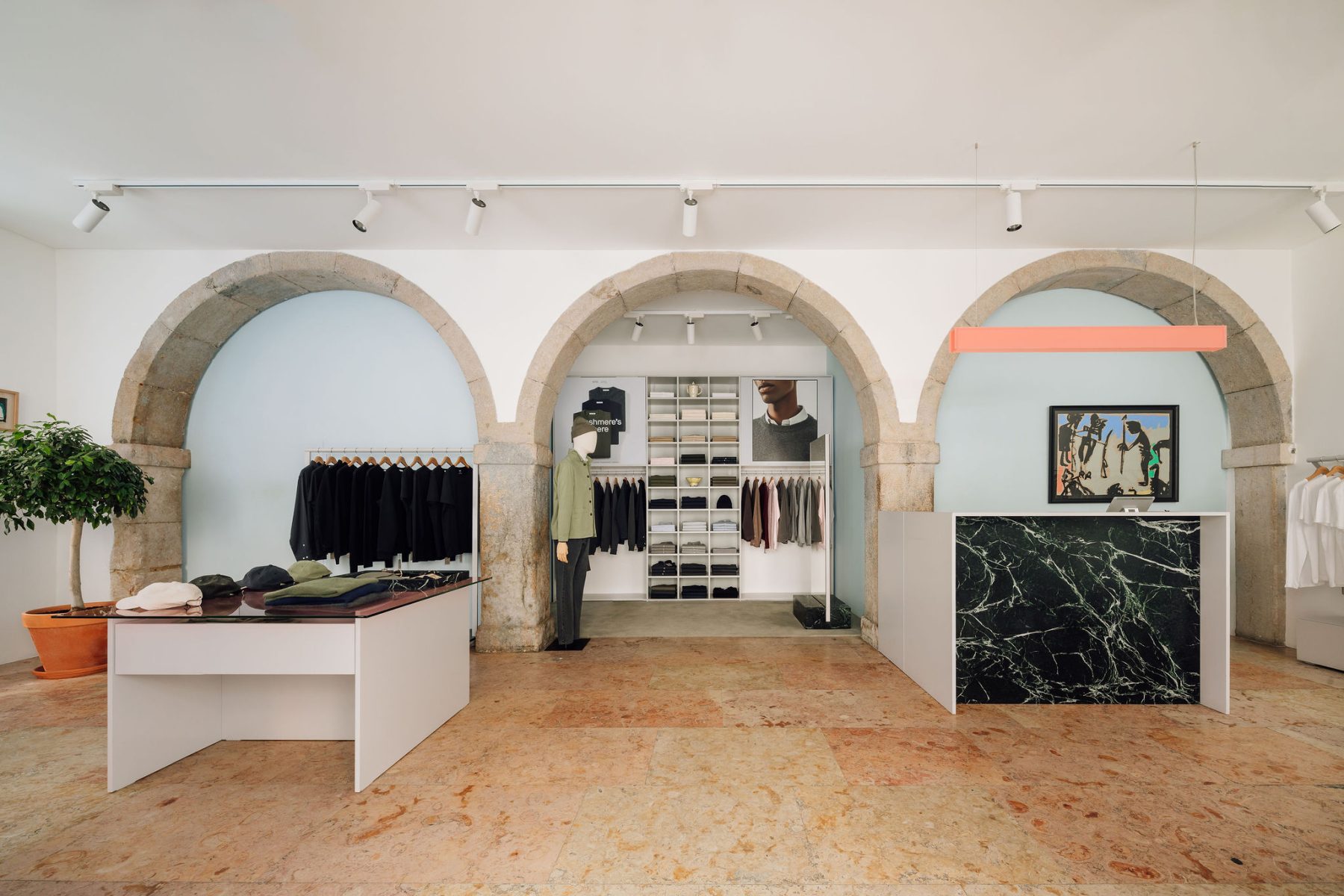 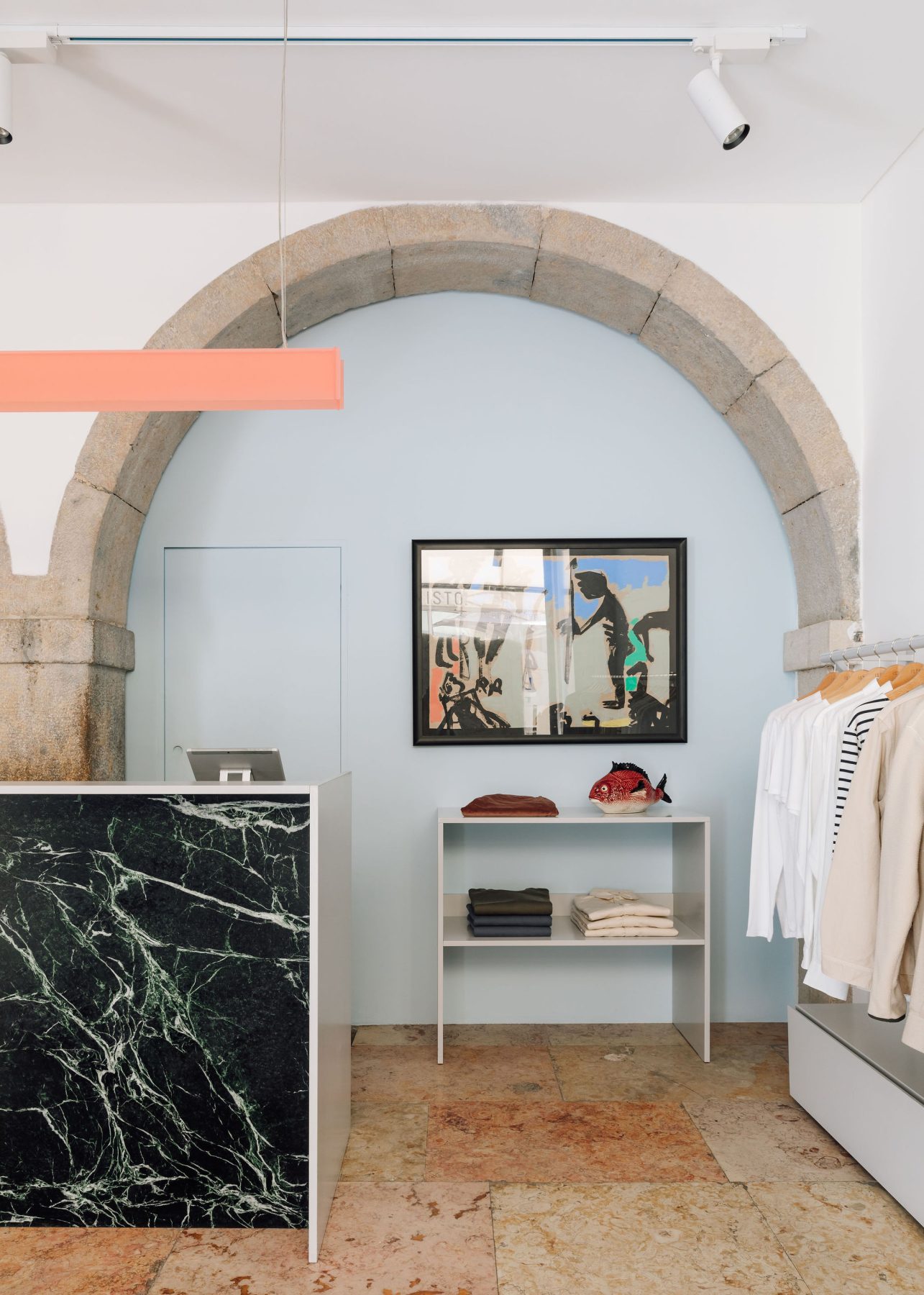 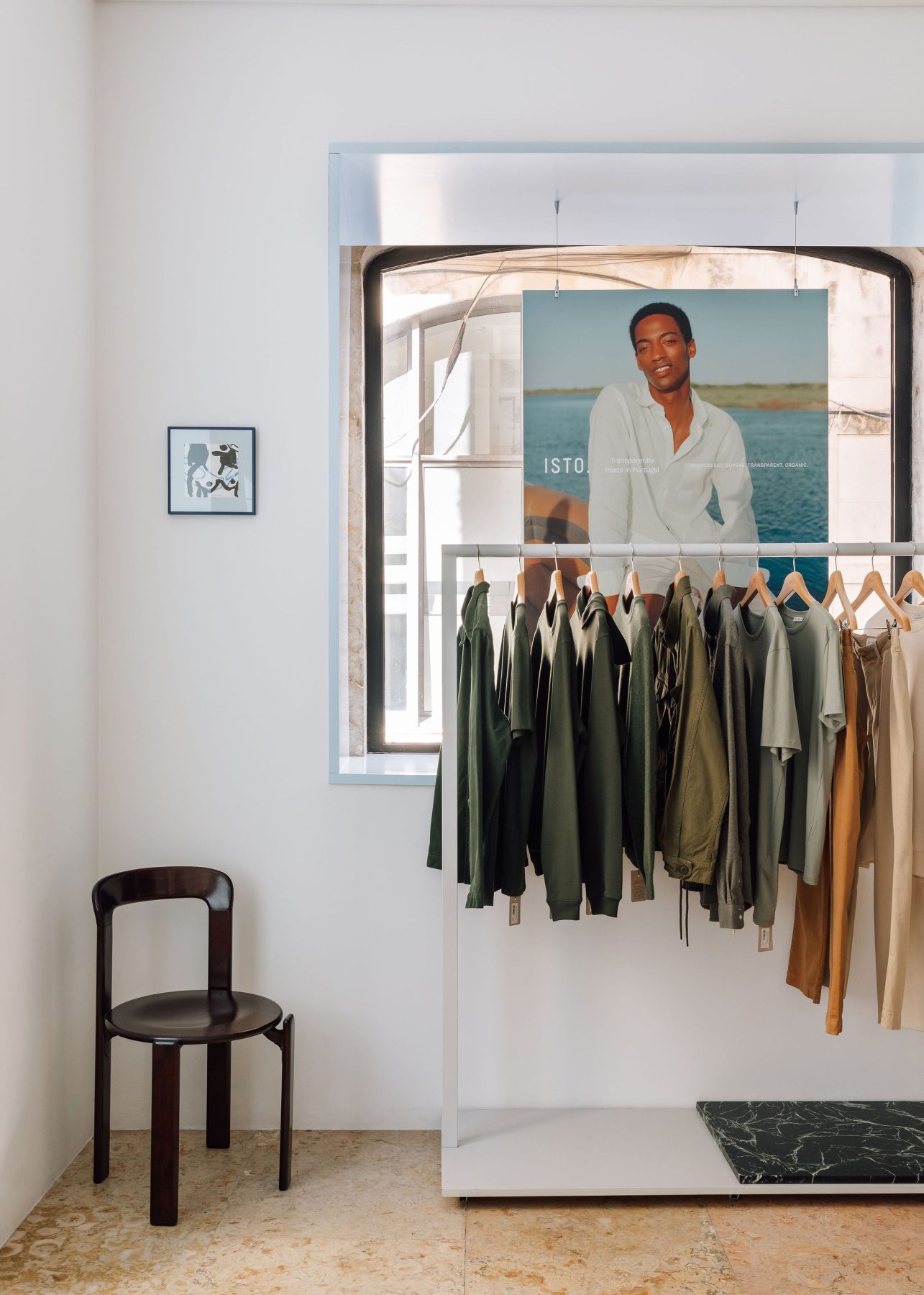 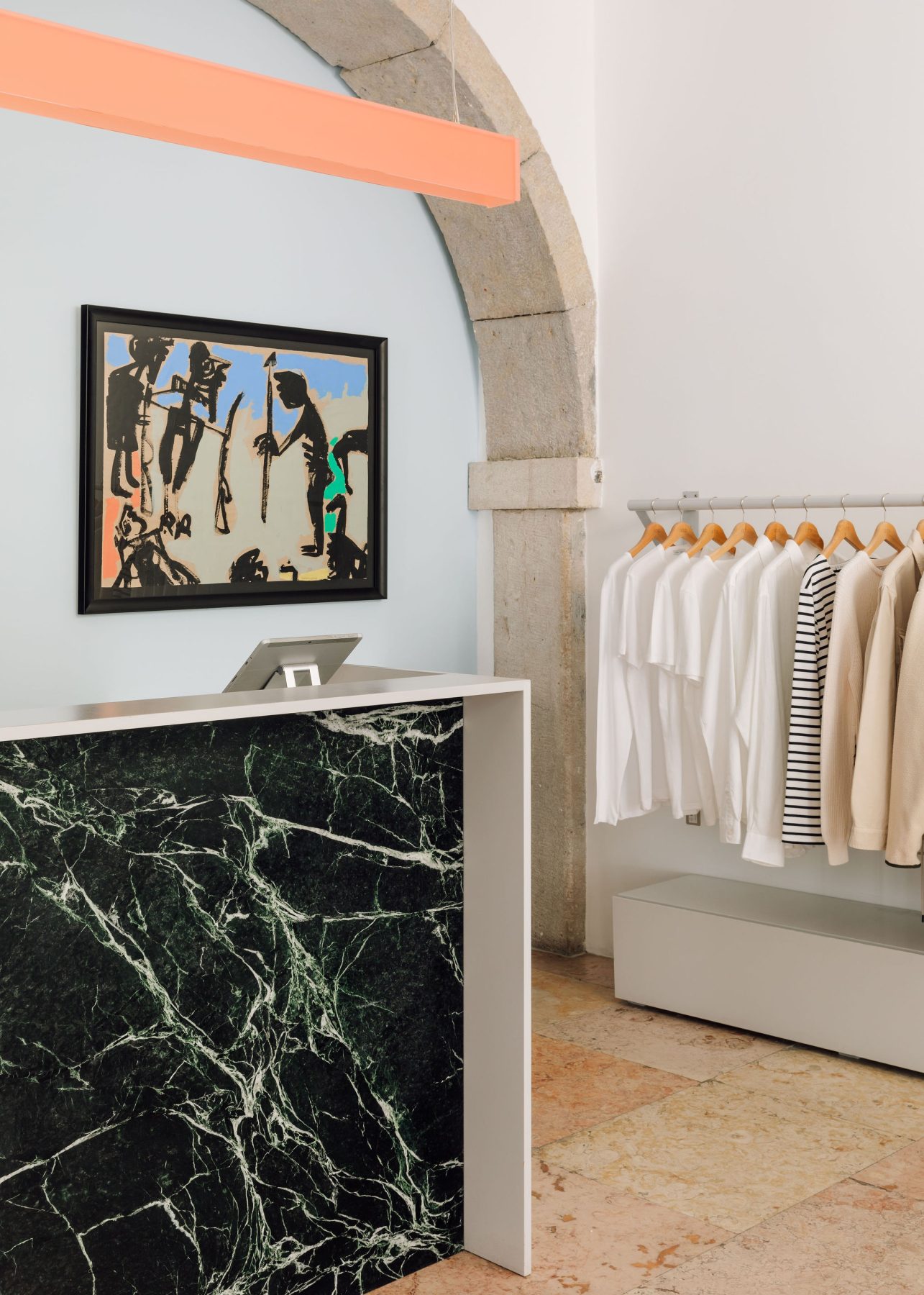 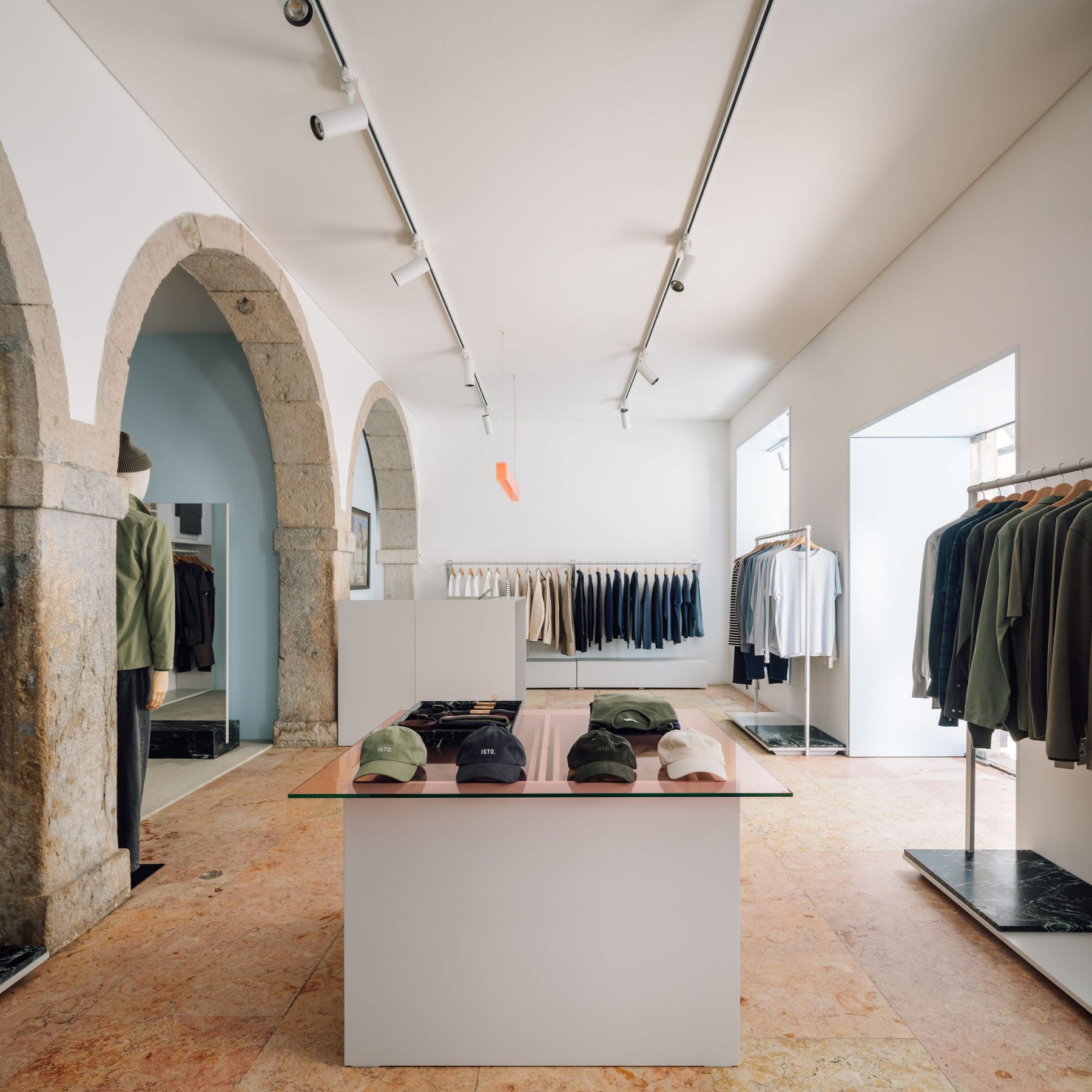 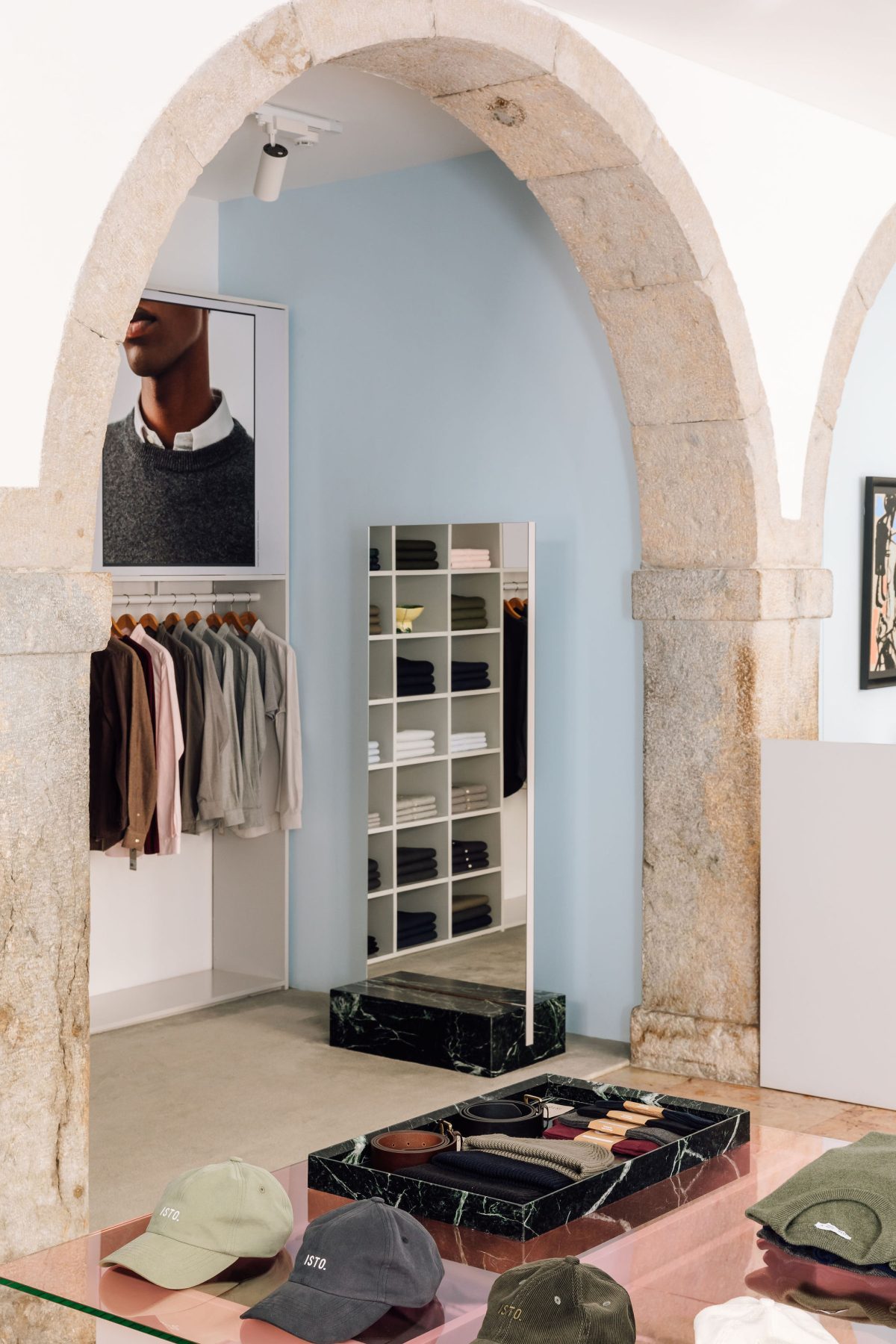 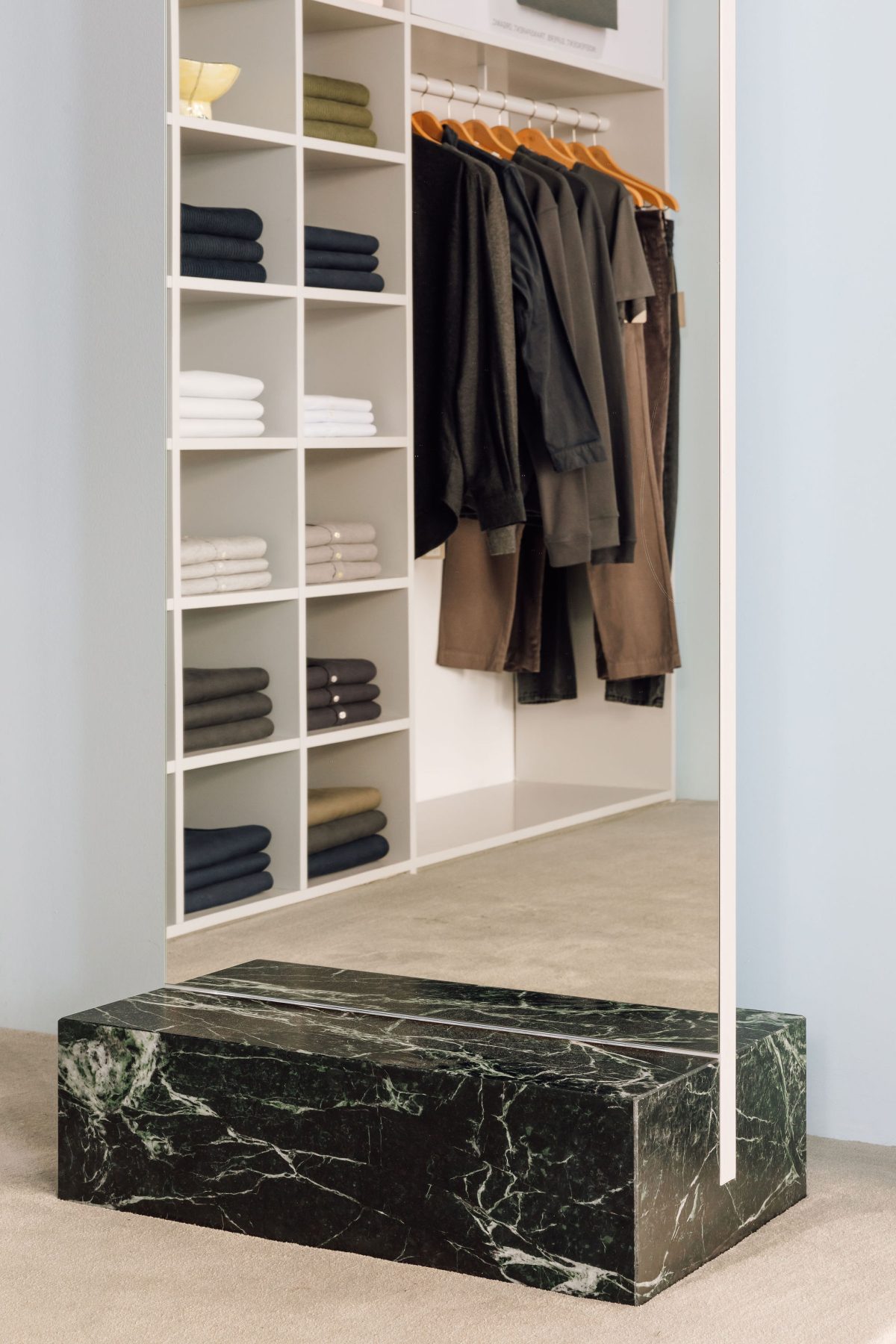 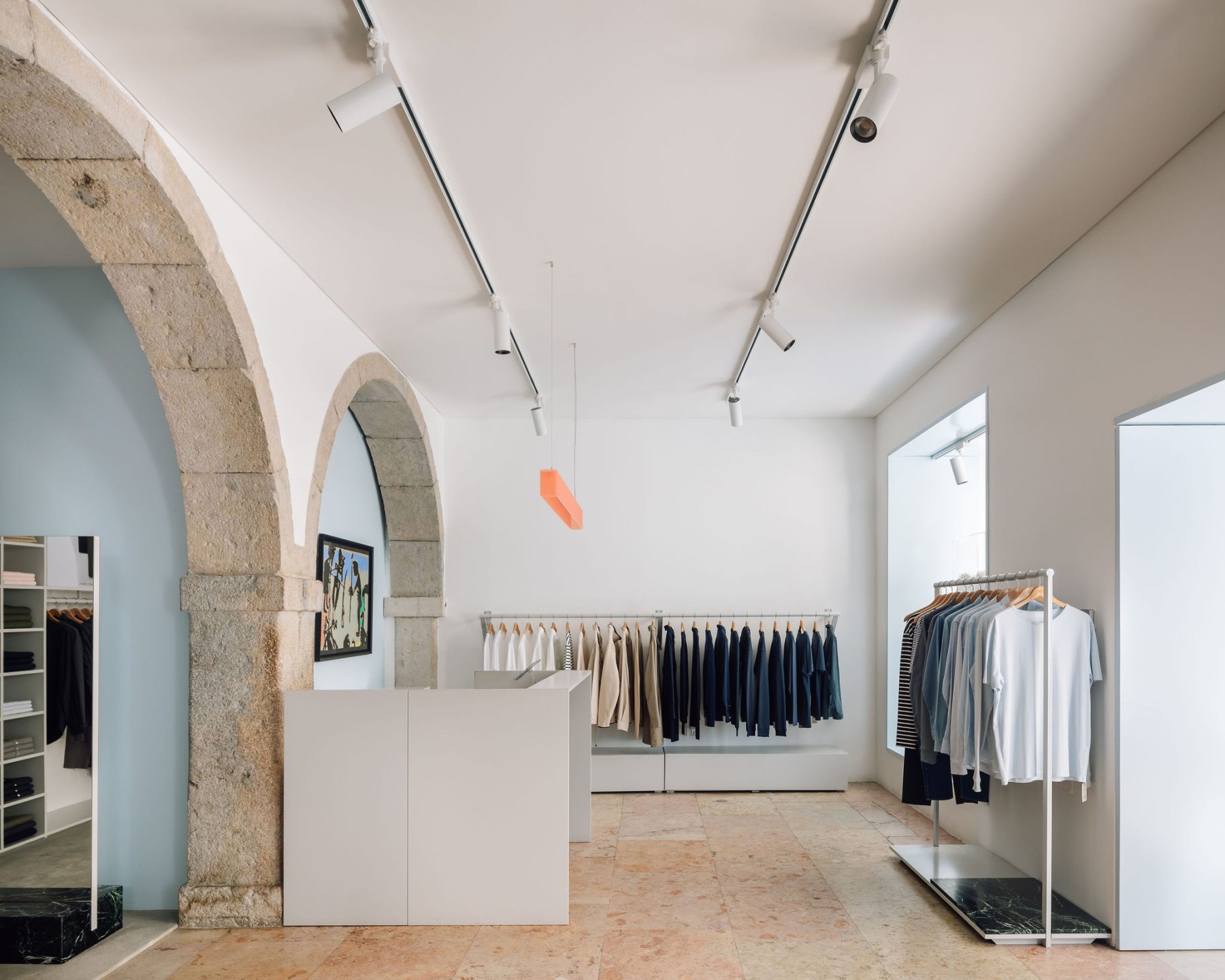 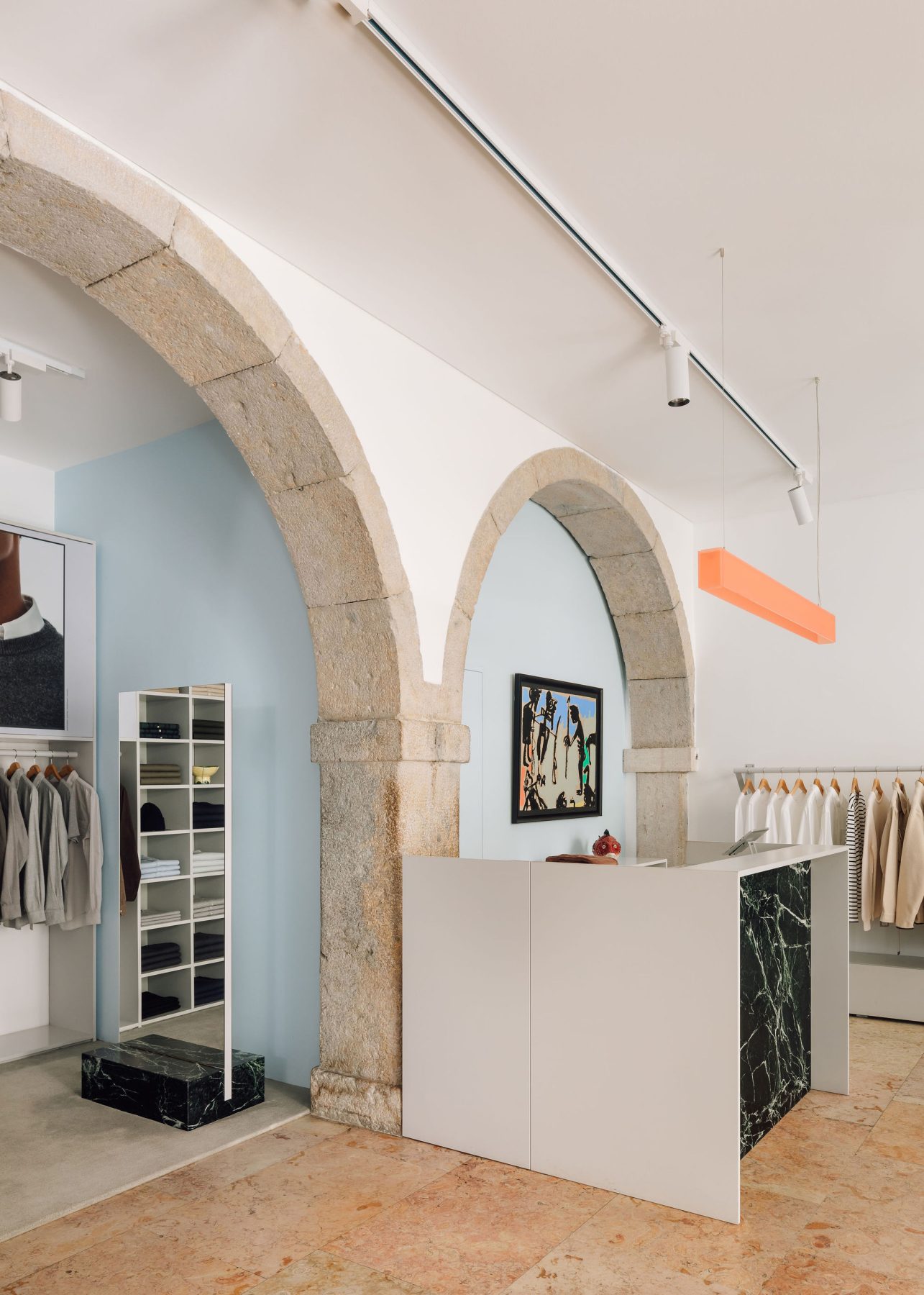 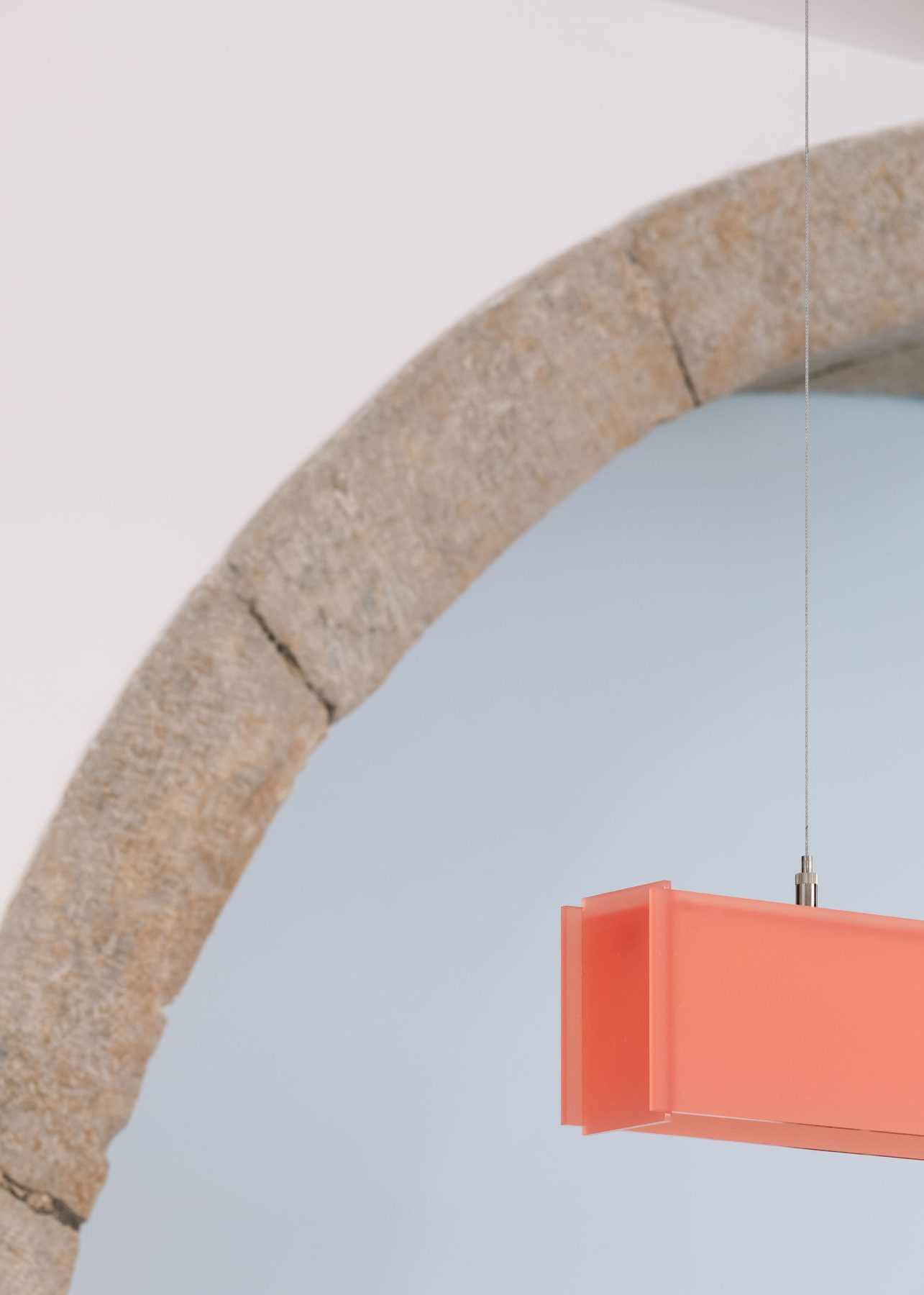 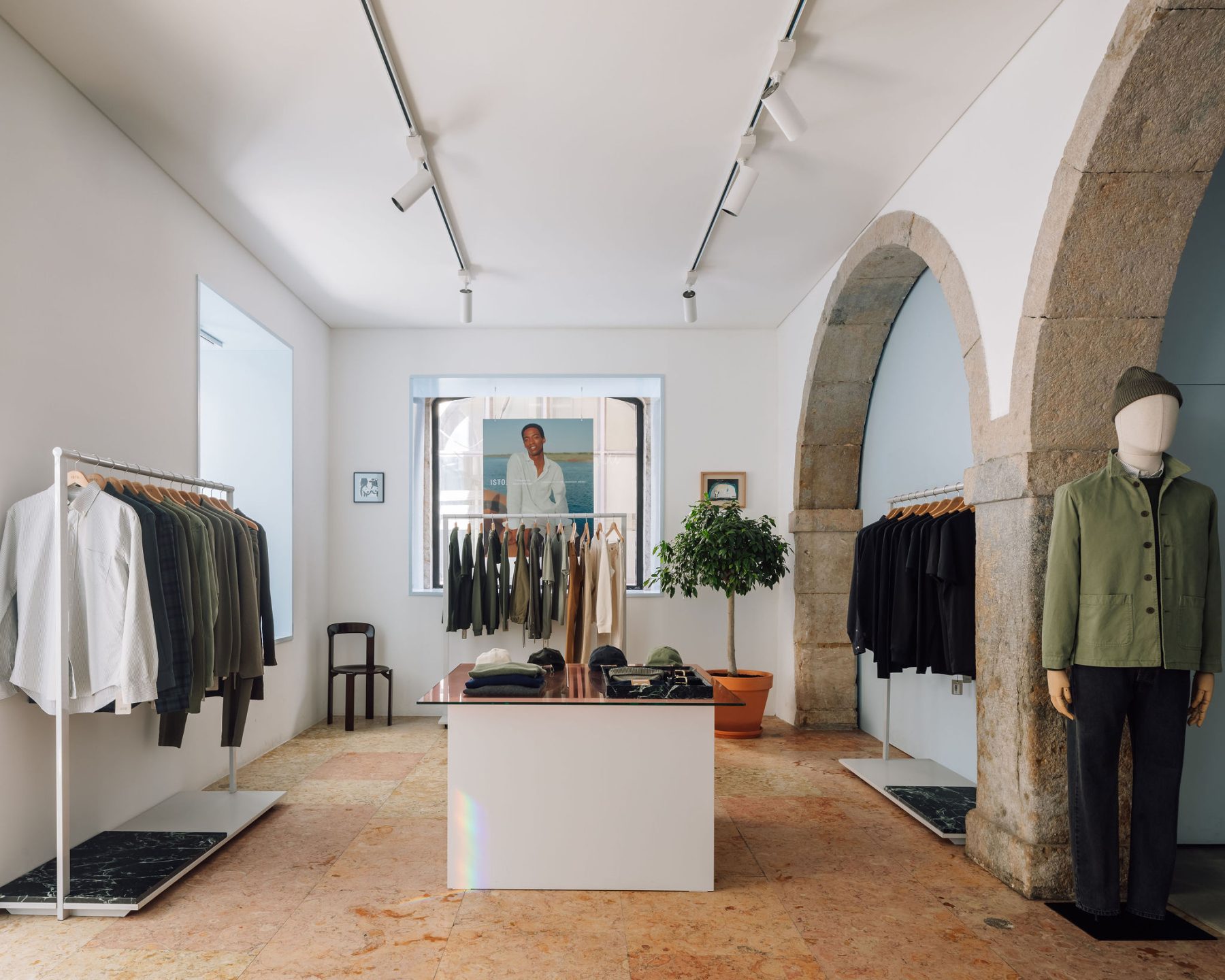 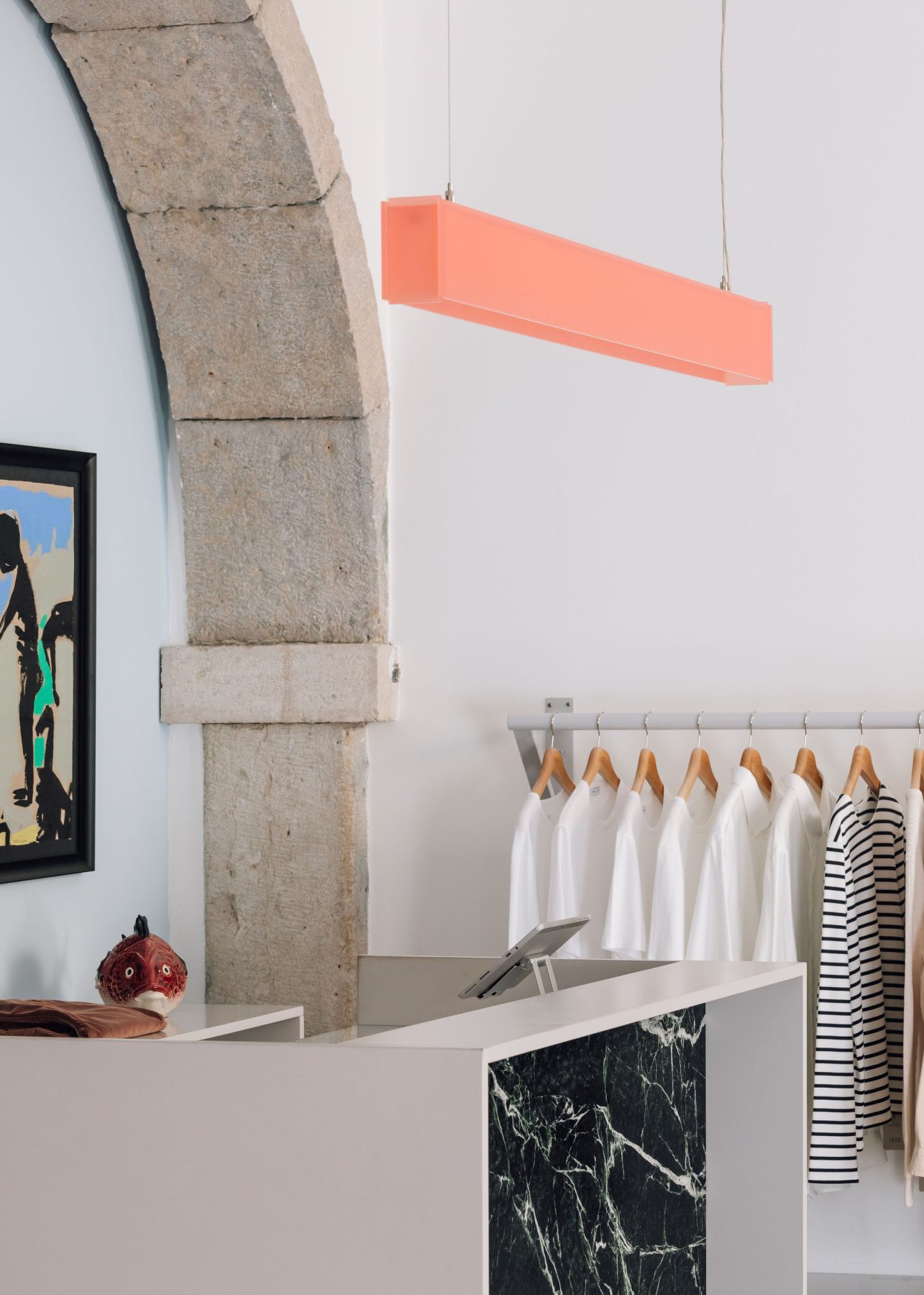 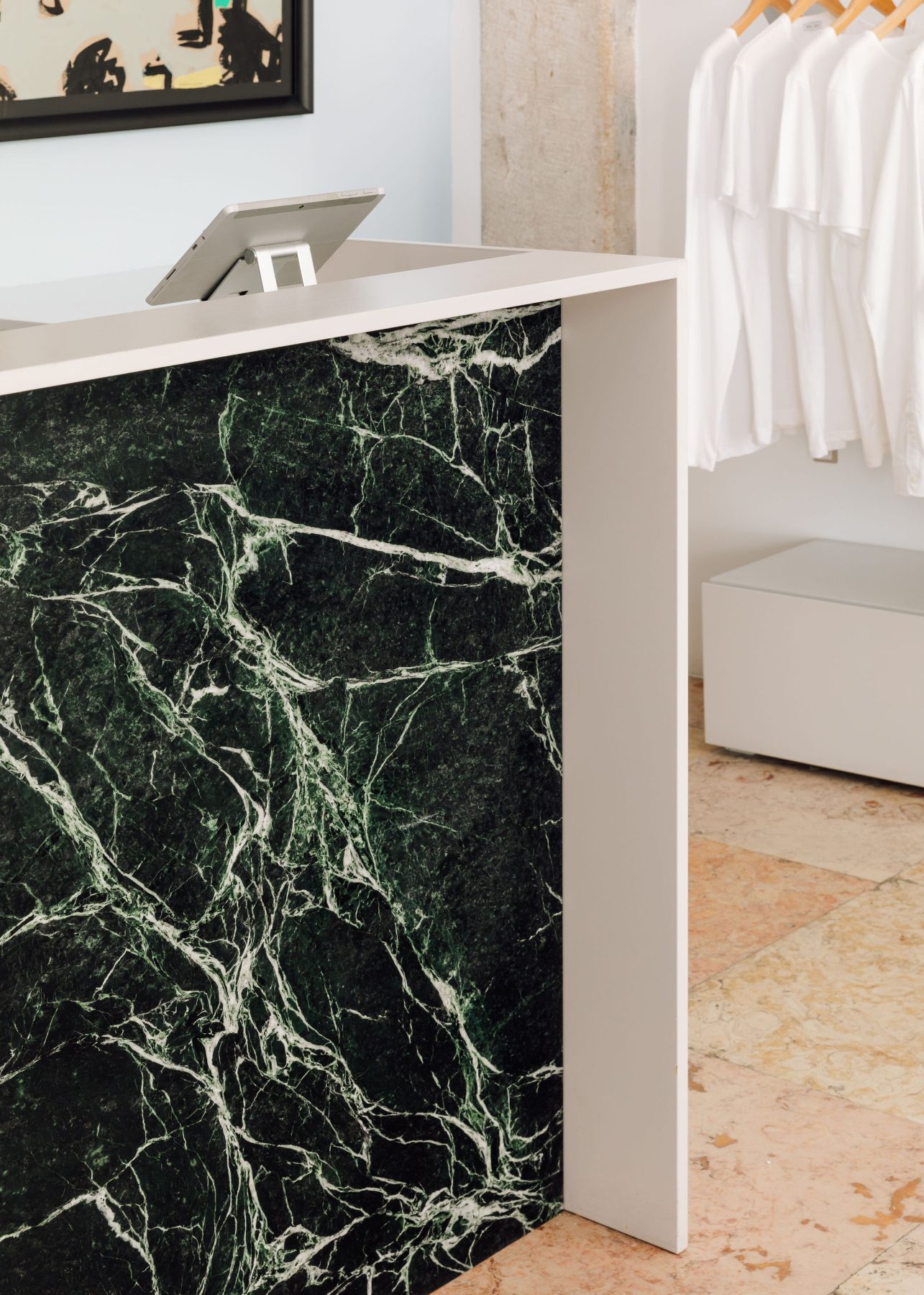 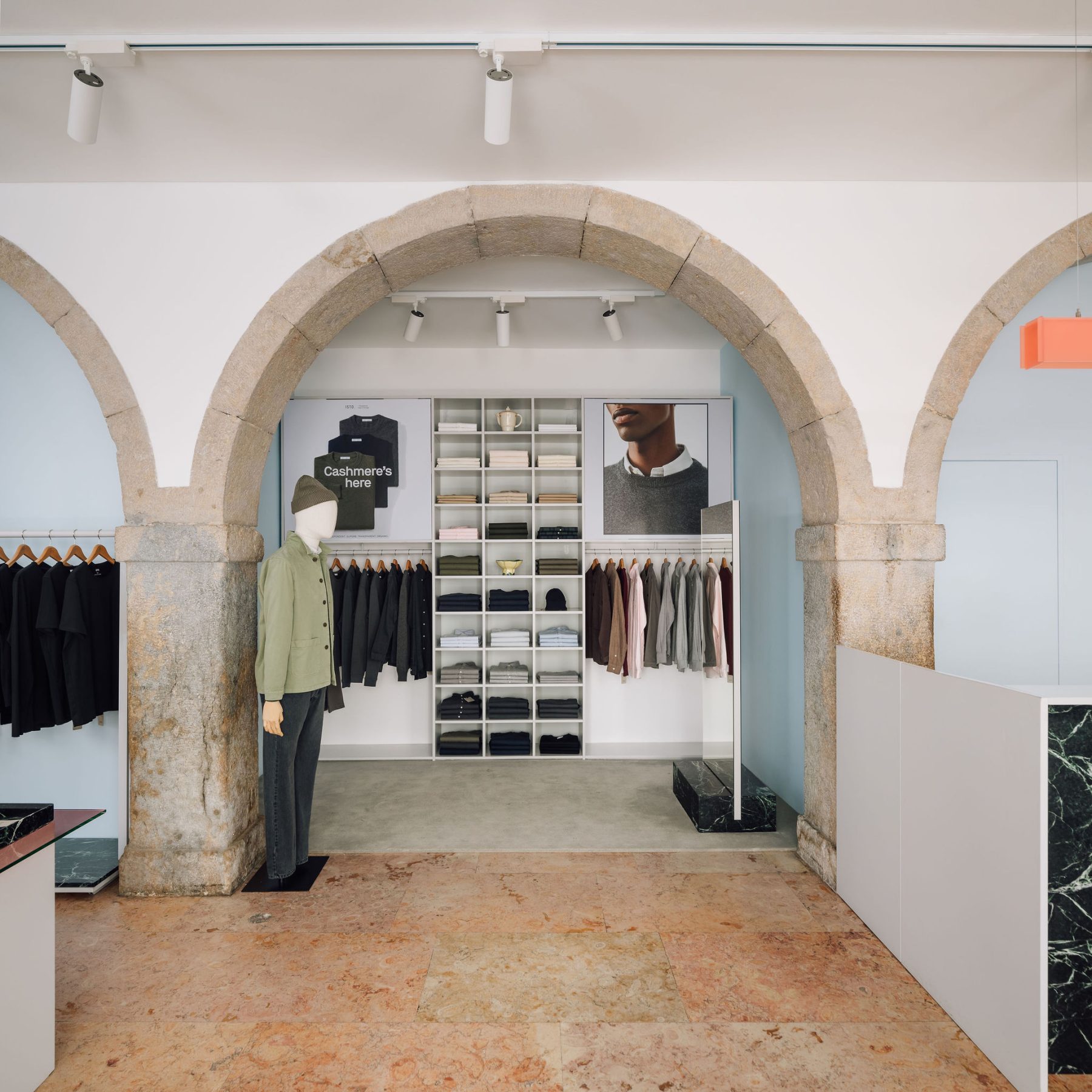 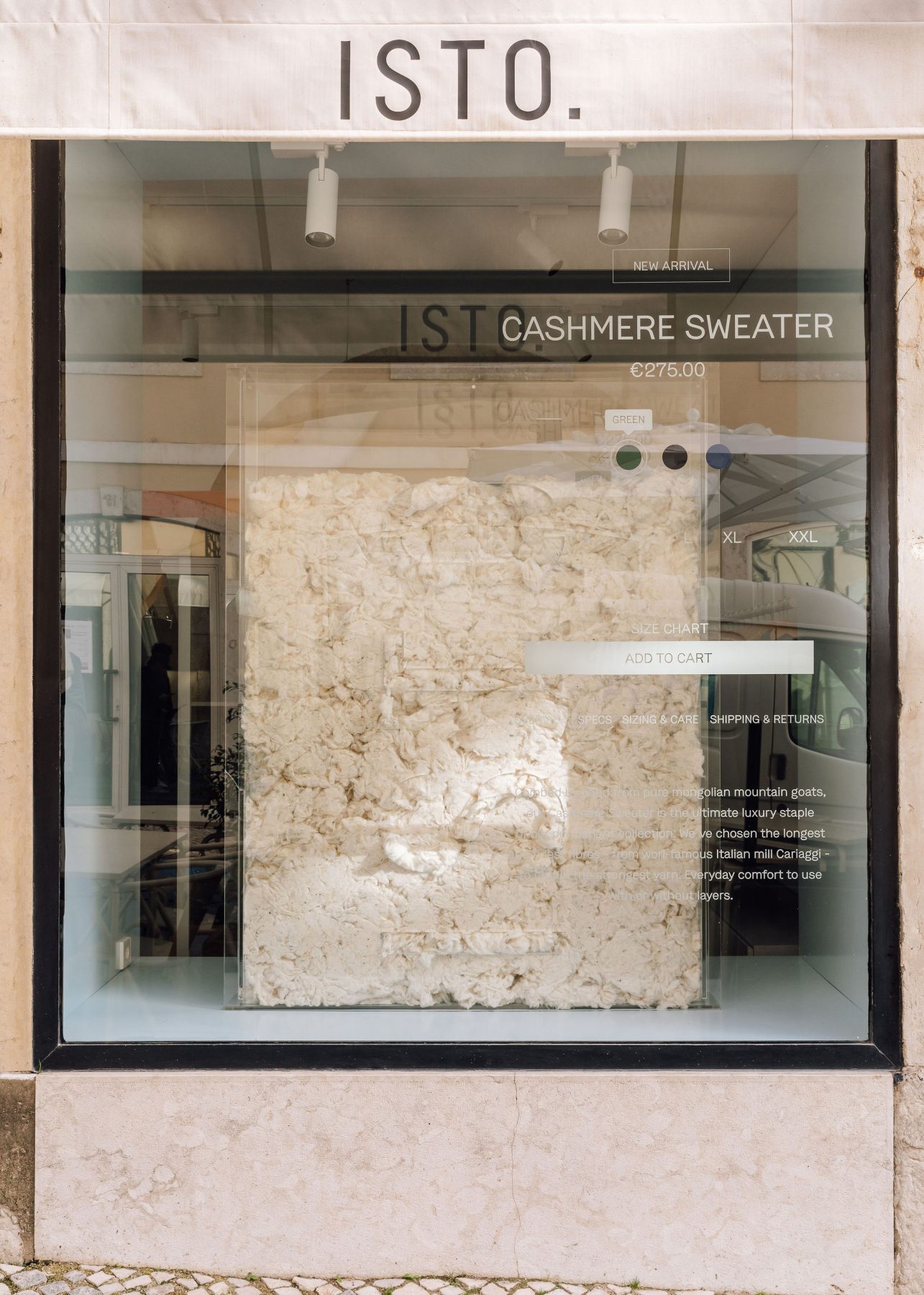 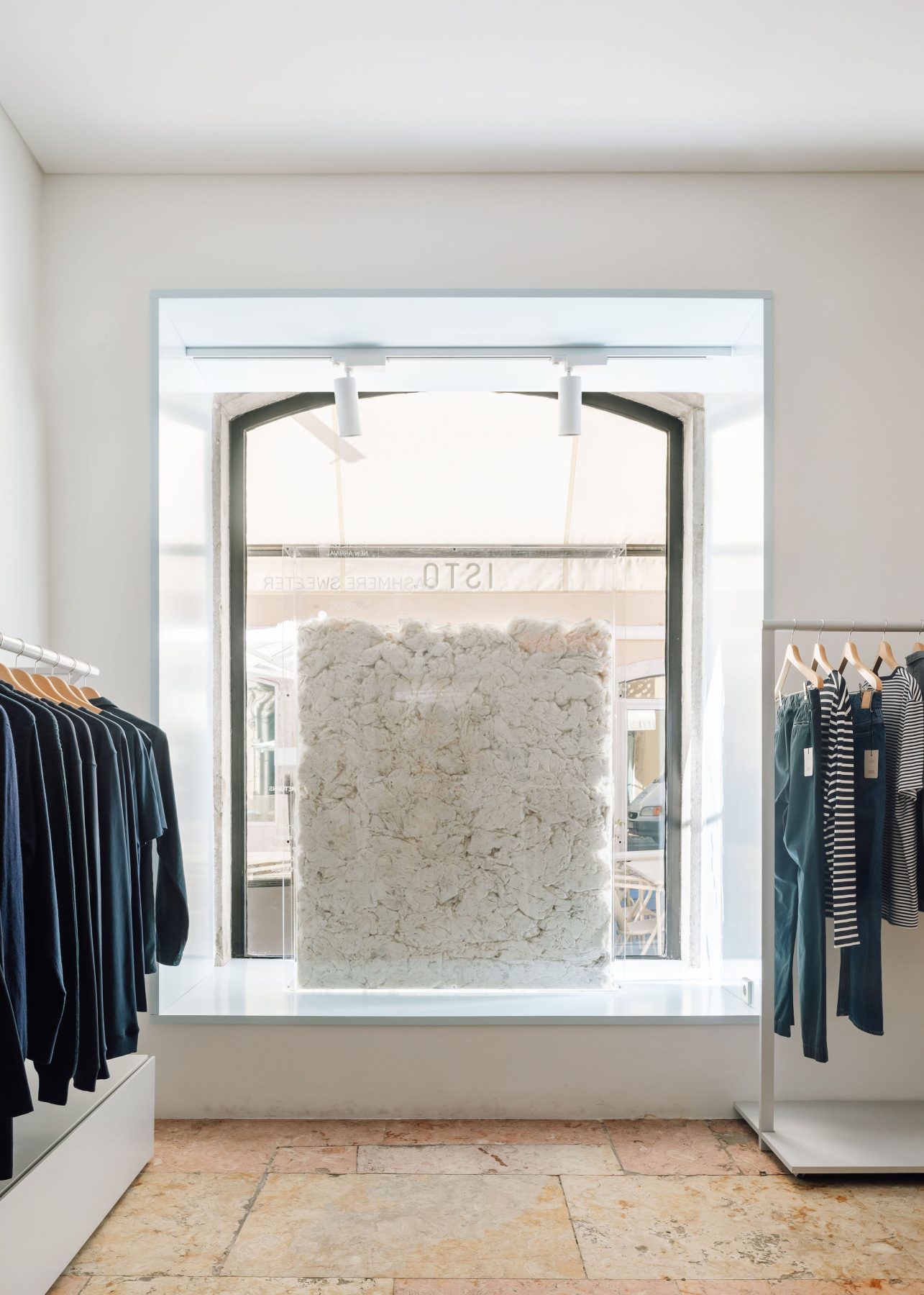 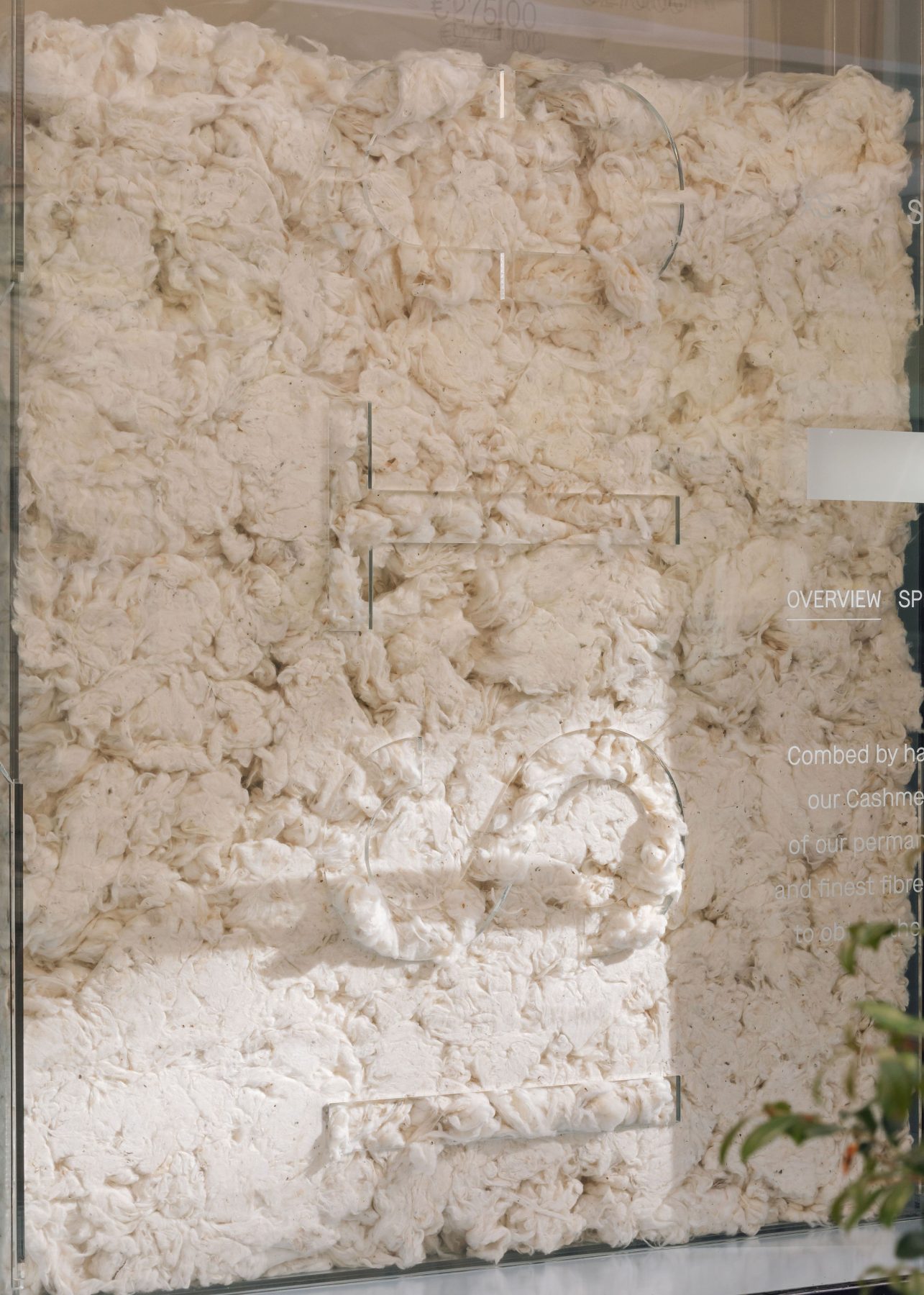 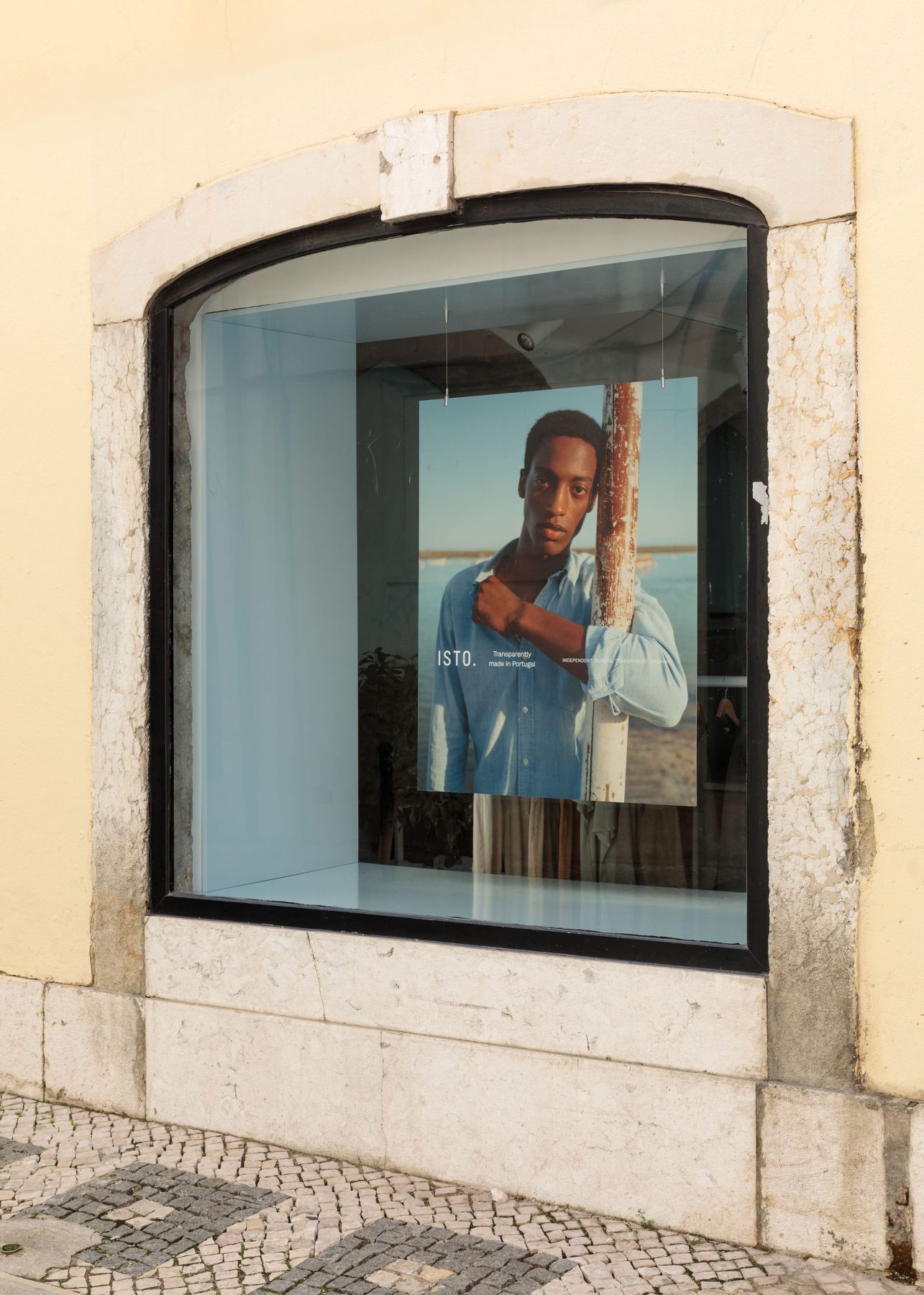