In 1940, Portugal commemorated the tercentenary of the restoration of its Independence and the 800th anniversary of its birth with a program of events culminating in the Exhibition of the Portuguese World. Staged in Belém and centered on the specially created Praça do Império (Empire Square), the exhibition aimed to promote the most notable events and achievements of the nation’s past. The square was in a place already bordered by landmarks alluding to the Era of Discoveries, including the Monastery of Jerónimos, Afonso de Albuquerque Square, the Tower of Belém, and the river Tagus. The Espelho de Água was built to serve as the restaurant/beer hall for the event, with design by António Lino, executed under the guidance of Cottinelli Telmo, lead architect for the exhibition. Its modernist style was subject to later alterations that detracted from its original dimensions both inside and out.

The building is flanked by a large water feature that reaches out to the river to create a sensation of floating. The overall structure follows a rigorous metric that shares its proportions with large sculptures that lead to the entrance. The building was originally composed of two separate areas set apart and united by a third that served as an entrance. This was demolished after the exhibition and replaced by the construction of ephemeral characters, with roofing supported by metallic trusses covered by zinc sheeting.
The intervention now undertaken seeks to restore the building to its original characteristics at the time of the closing of the exhibition in 1940, before the site underwent major changes. Visually polluting features have been removed, a non-original structure to the south has been demolished and the overall framework restored. The opening up of a large skylight in the center of the space alludes to the open-air patio that once separated the original main structures.

The installation of a cafeteria and restaurant on the ground floor, linked to the terrace, led to the discovery of a mural by the artist Sol Lewitt, dated 1990, which was fully restored. The centrally located kitchen is flanked by walls covered by vertical gardens.

To the north, there is a quieter leisure area with views towards the Belém Cultural Centre and the Monastery of Jerónimos, as well as a shop and mezzanine. From here can also be seen the stairs leading up to the first-floor office area. To the west, in the main entrance zone, an open space serves as an art gallery and music venue.

The interior reveals the structure of the building, giving an idea of the different areas that compose it. Finishings are minimal, with concrete flooring and white surfaces. Lines of lighting work to emphasize the interior drama of the space, while circular lamps on the north and the south facades are a final touch to emphasize links with the original 1940 project. 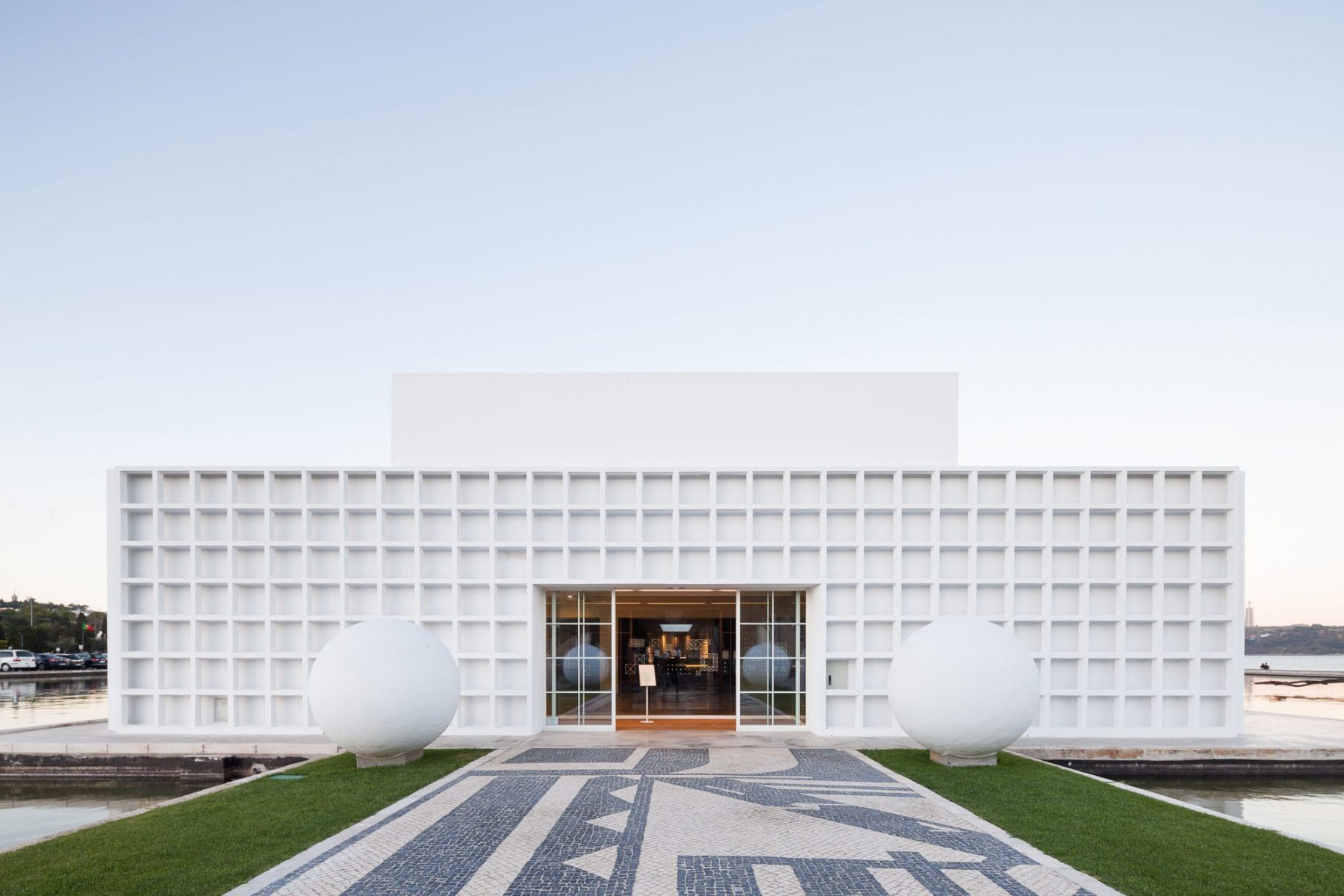 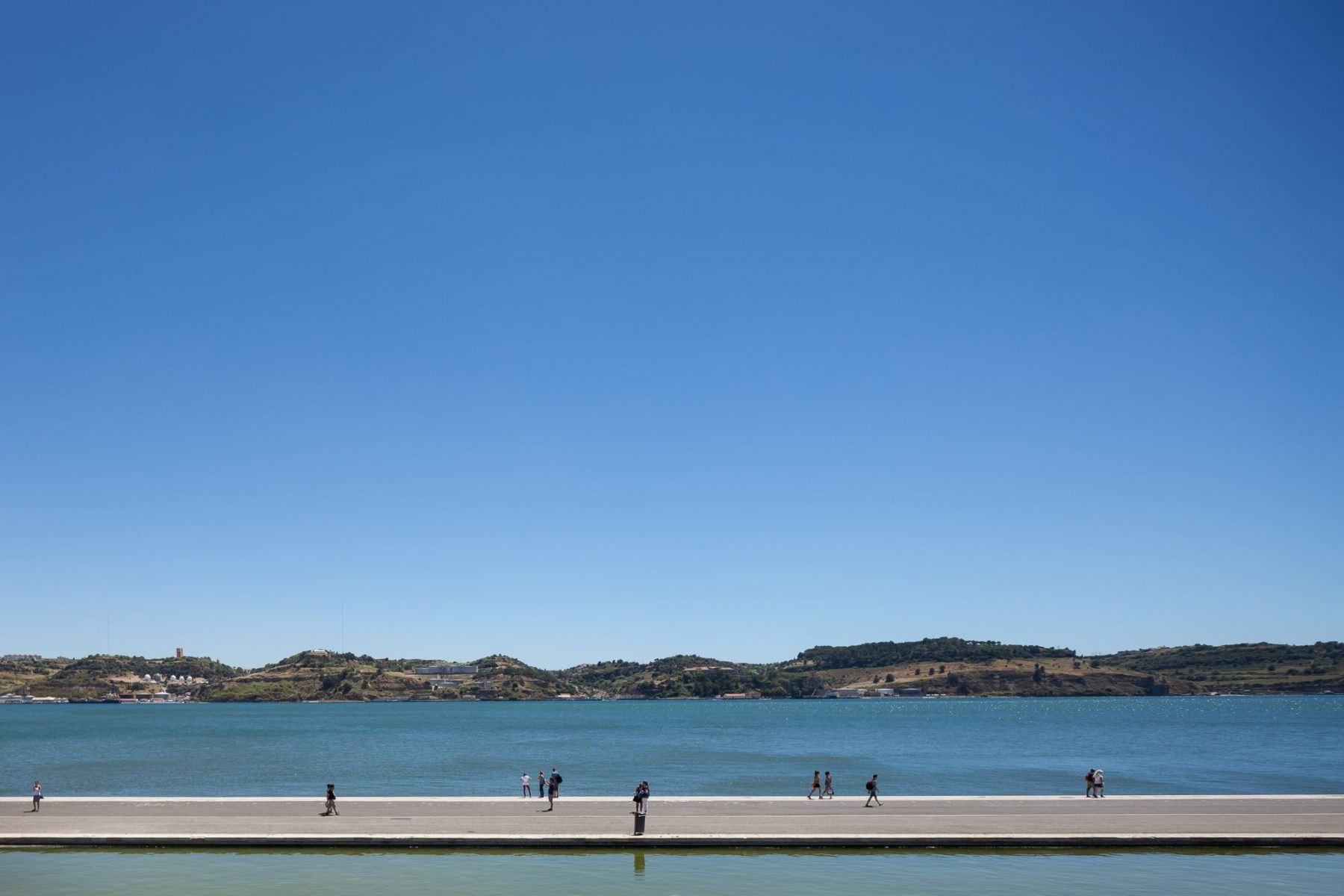 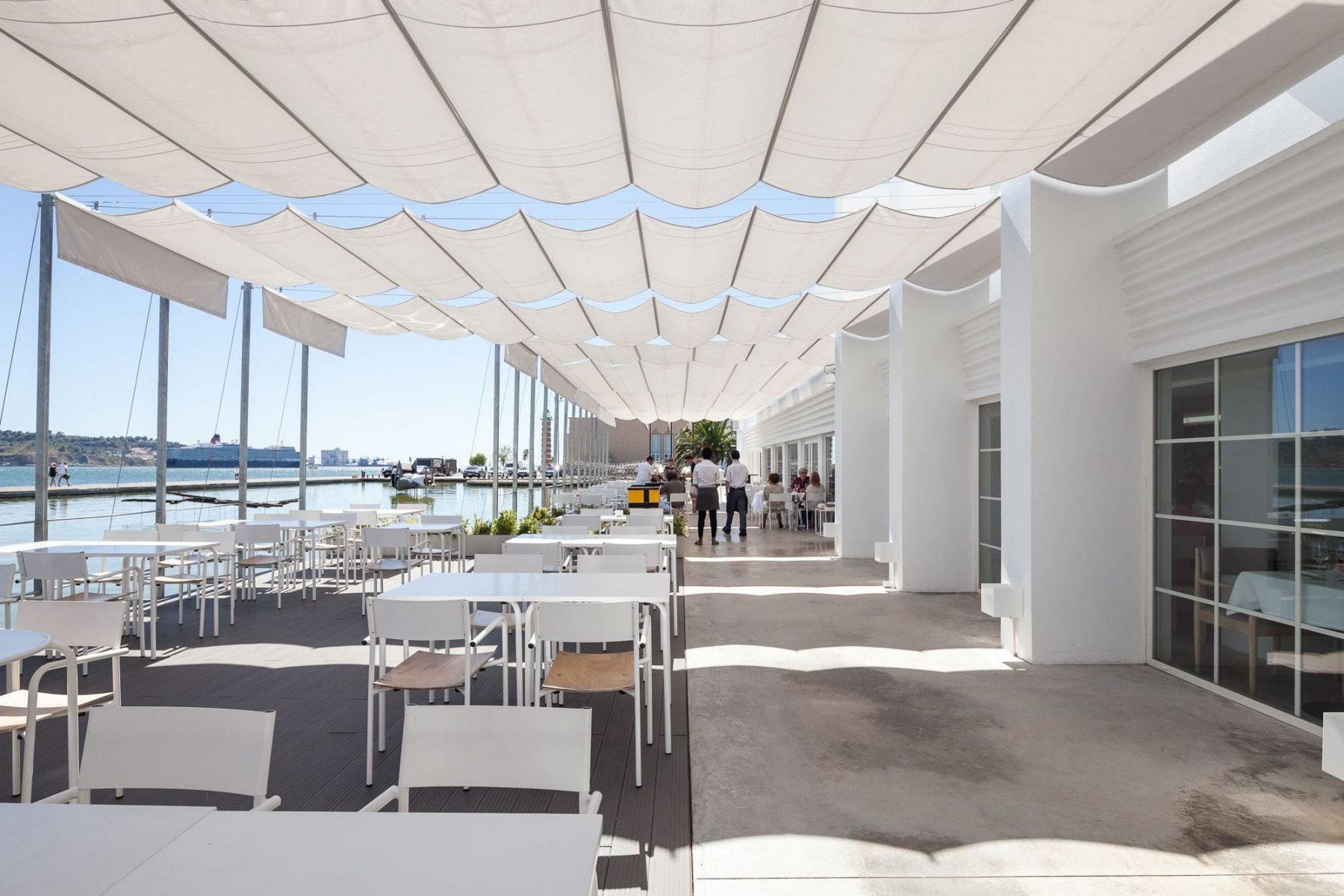 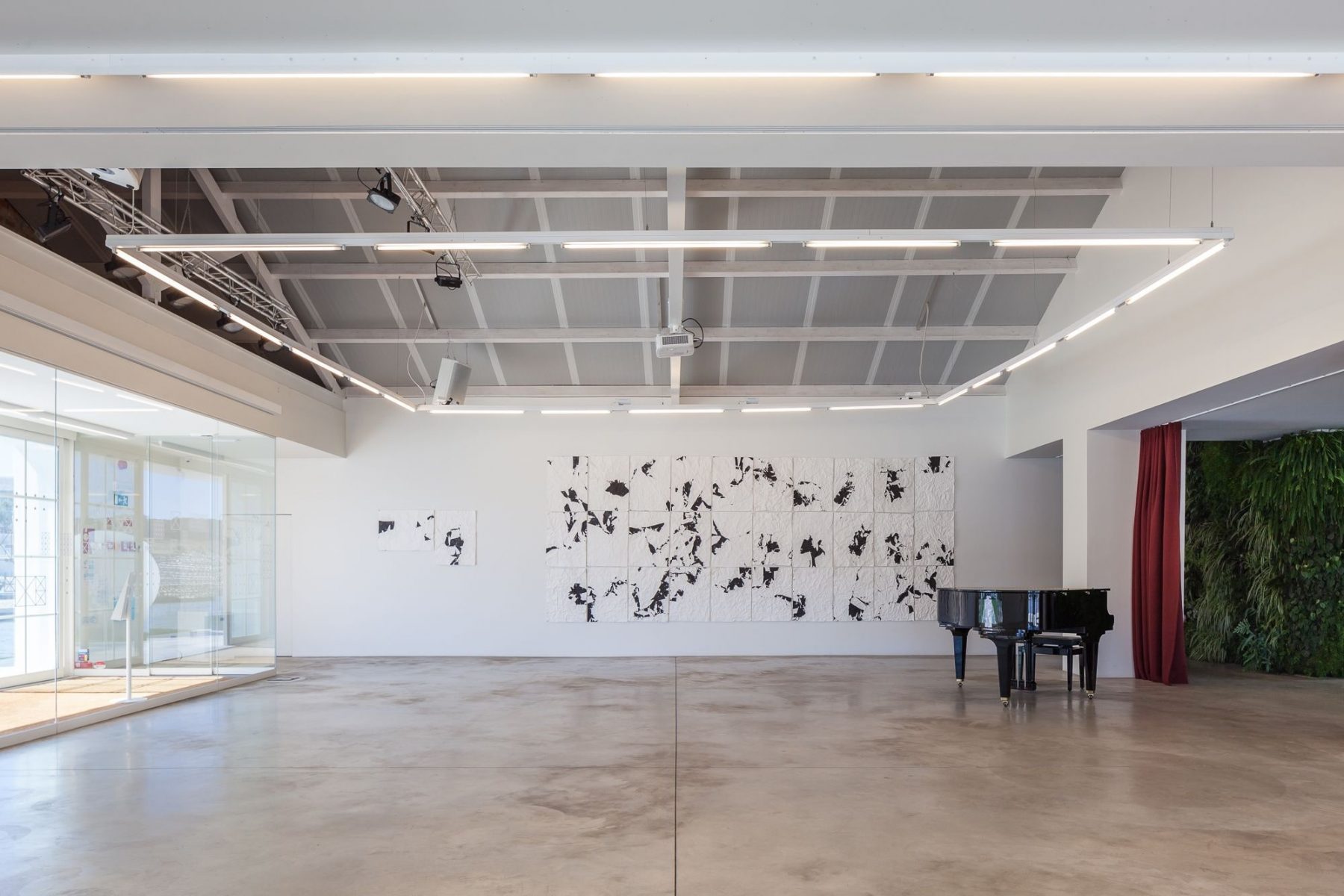 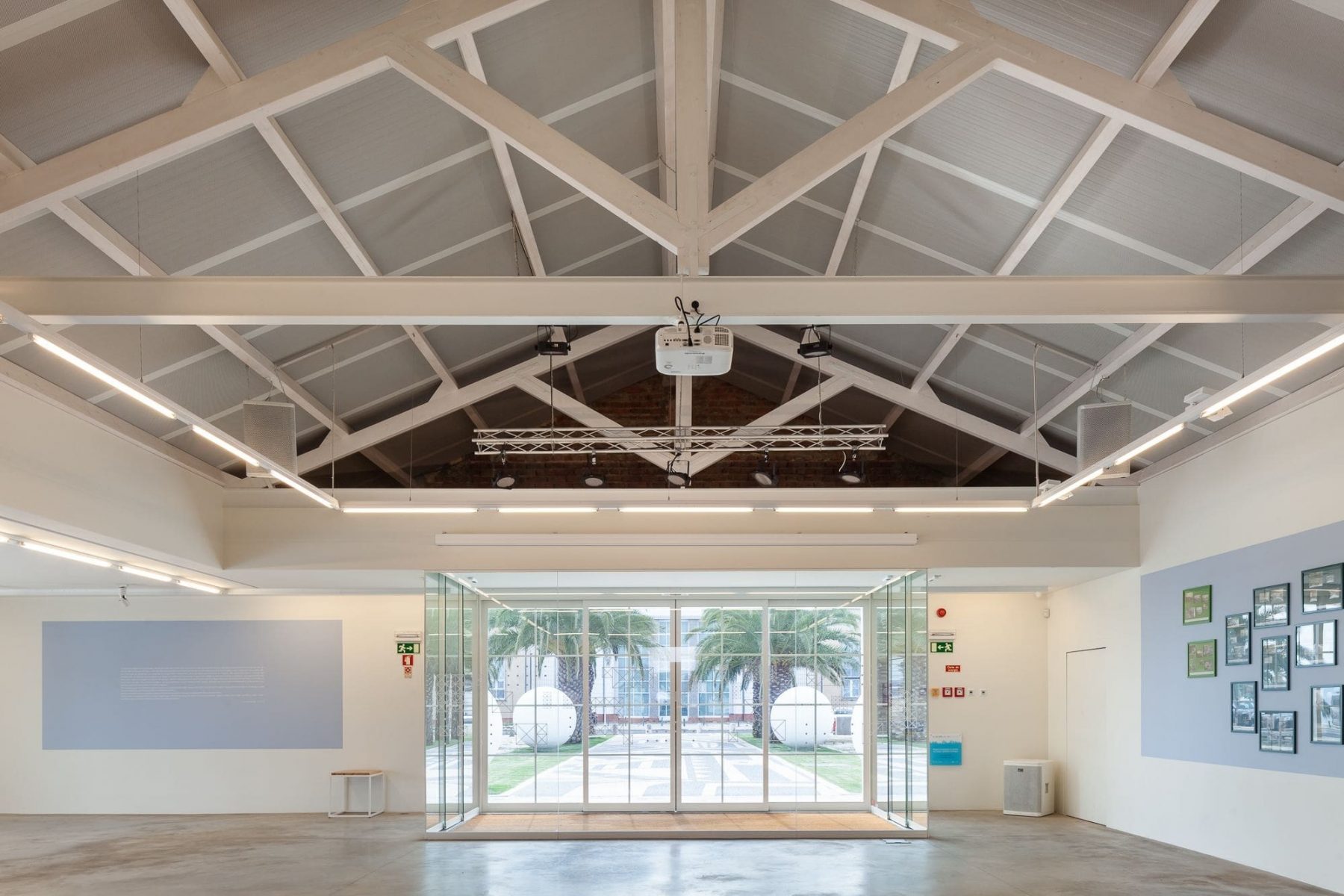 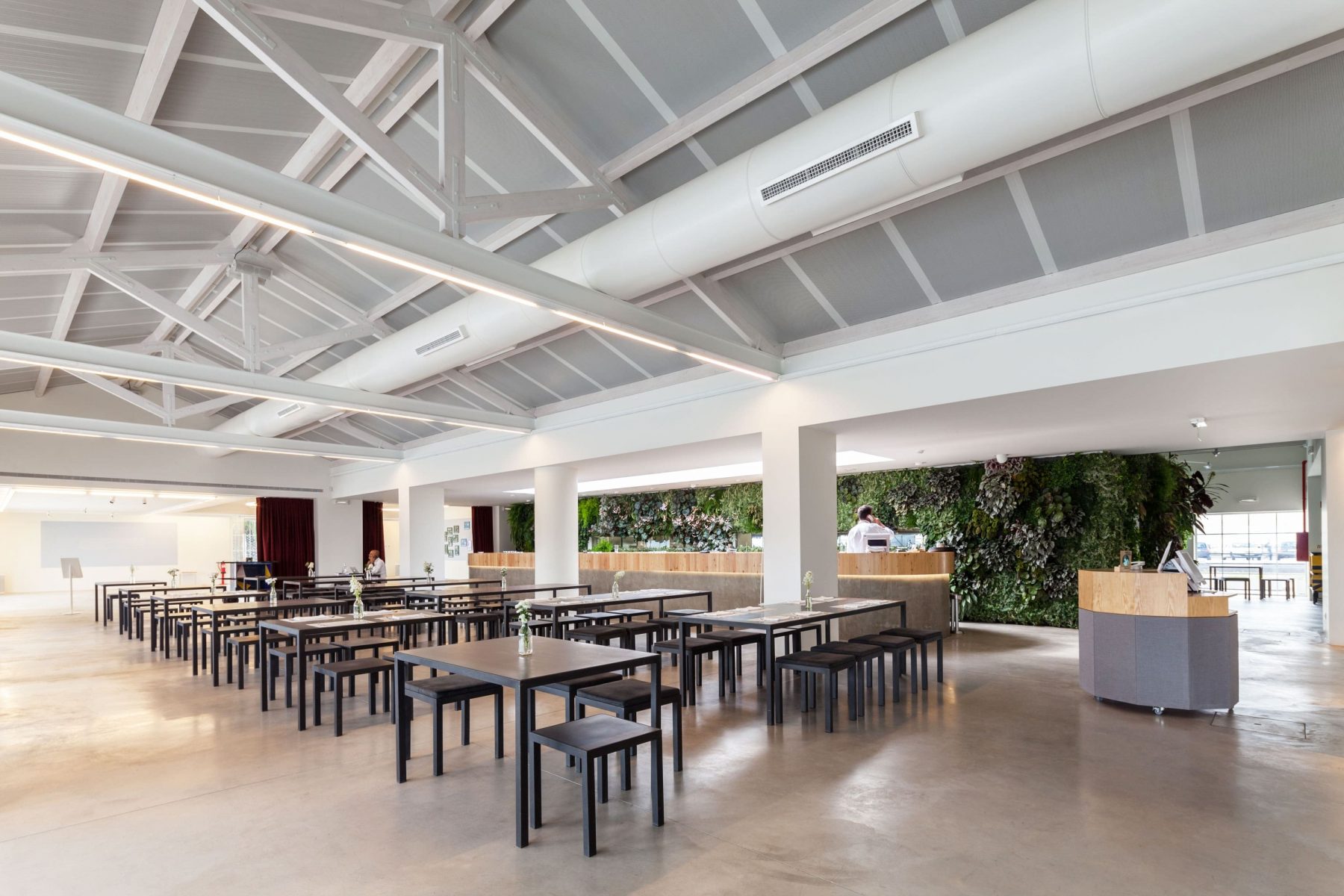 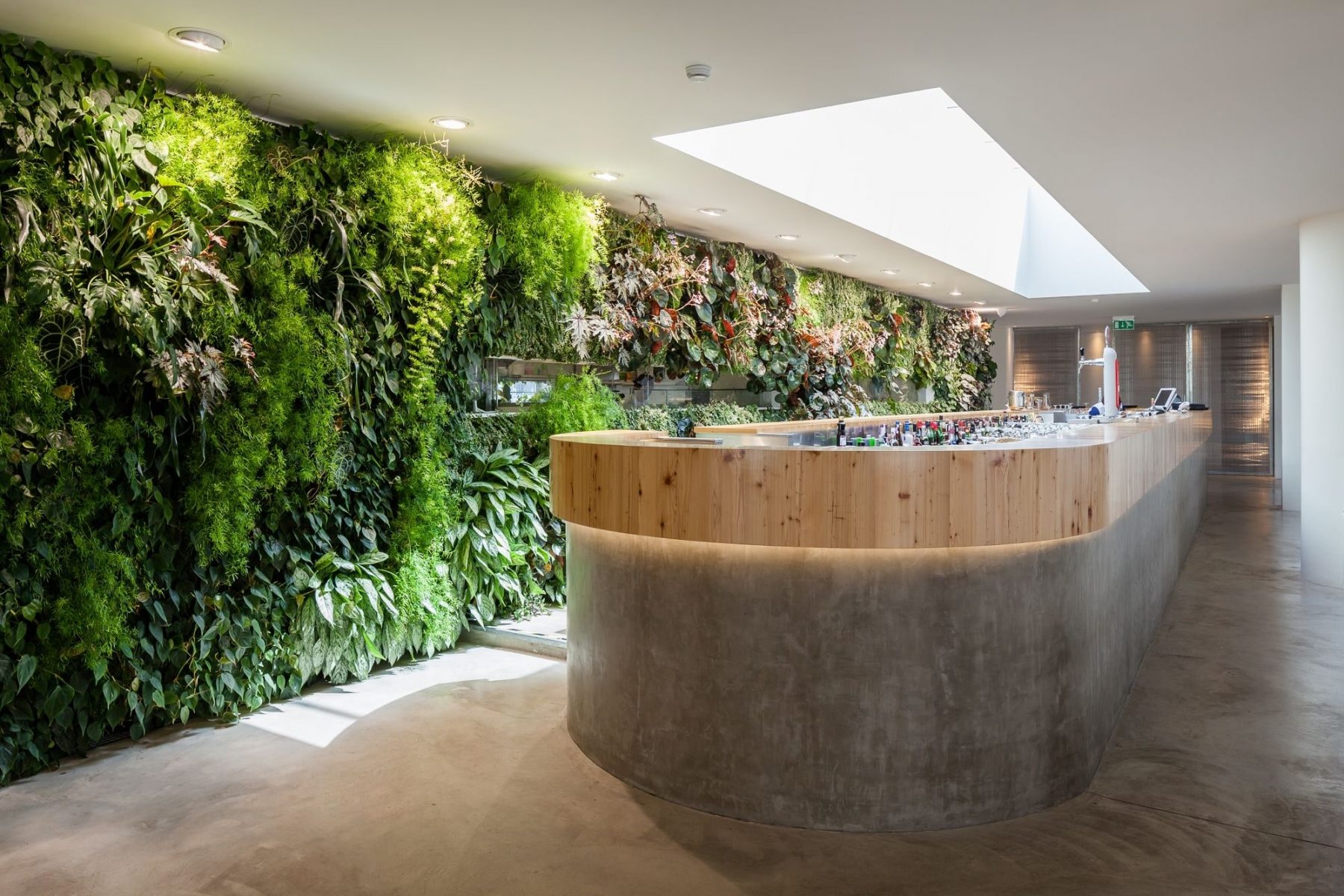 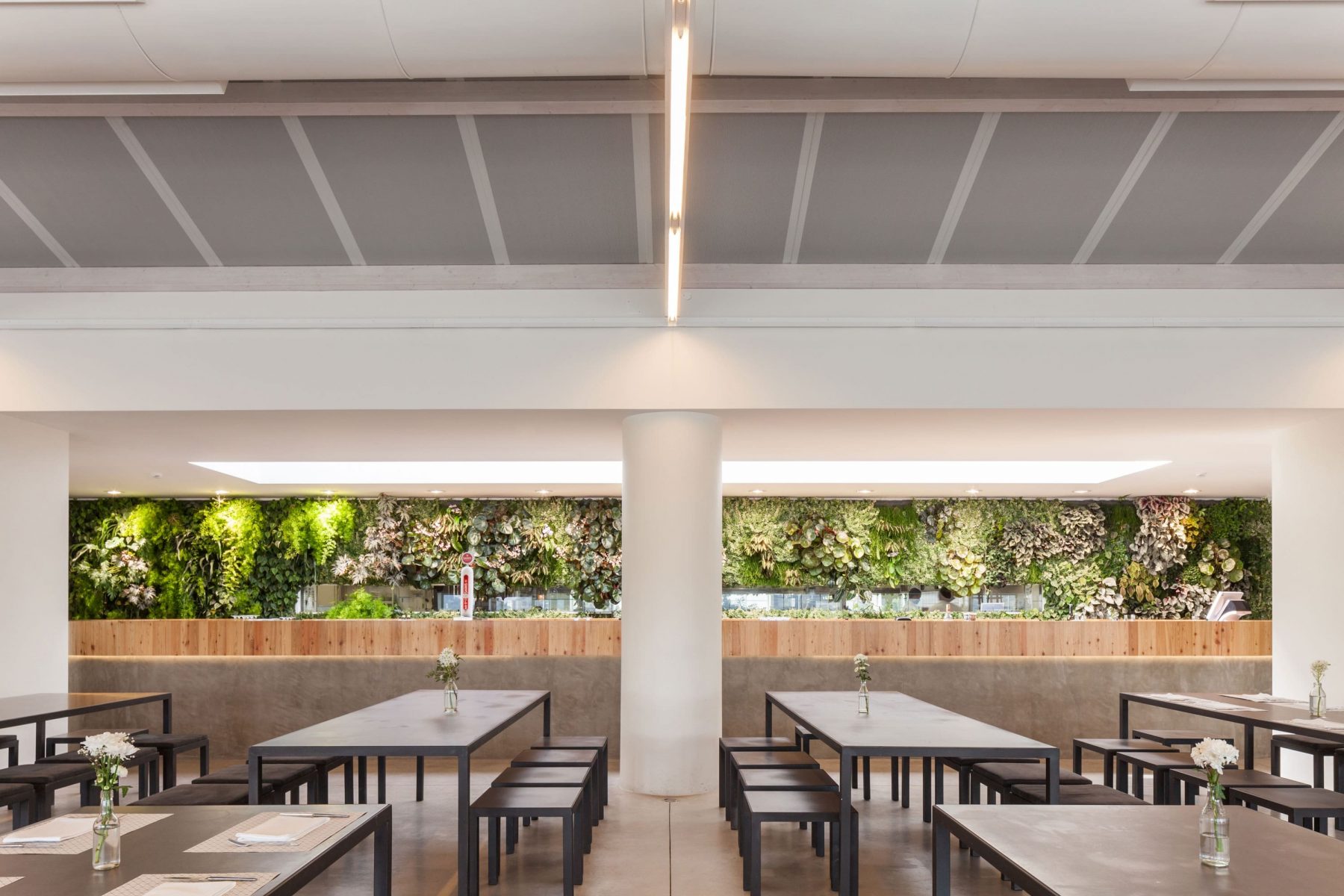 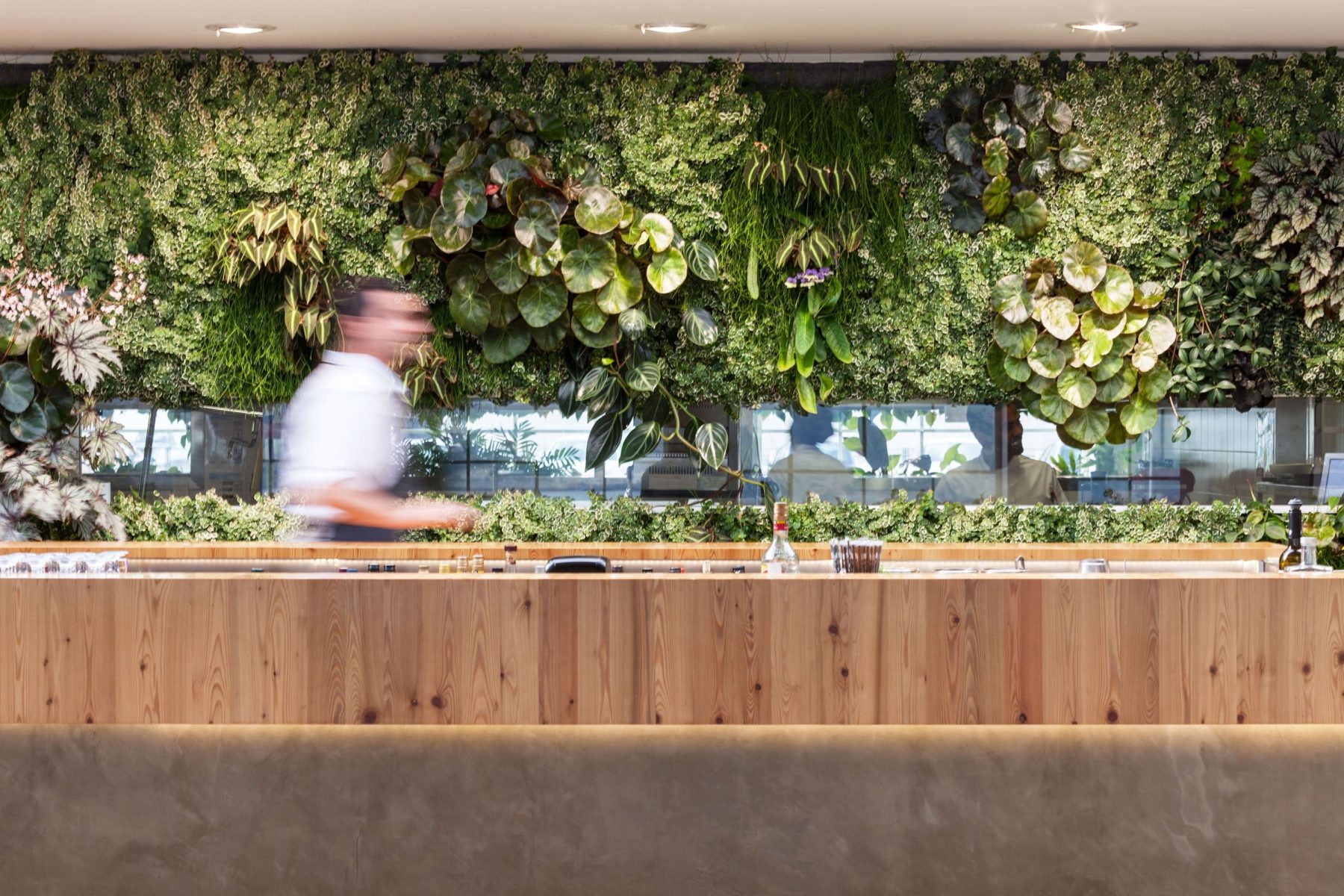 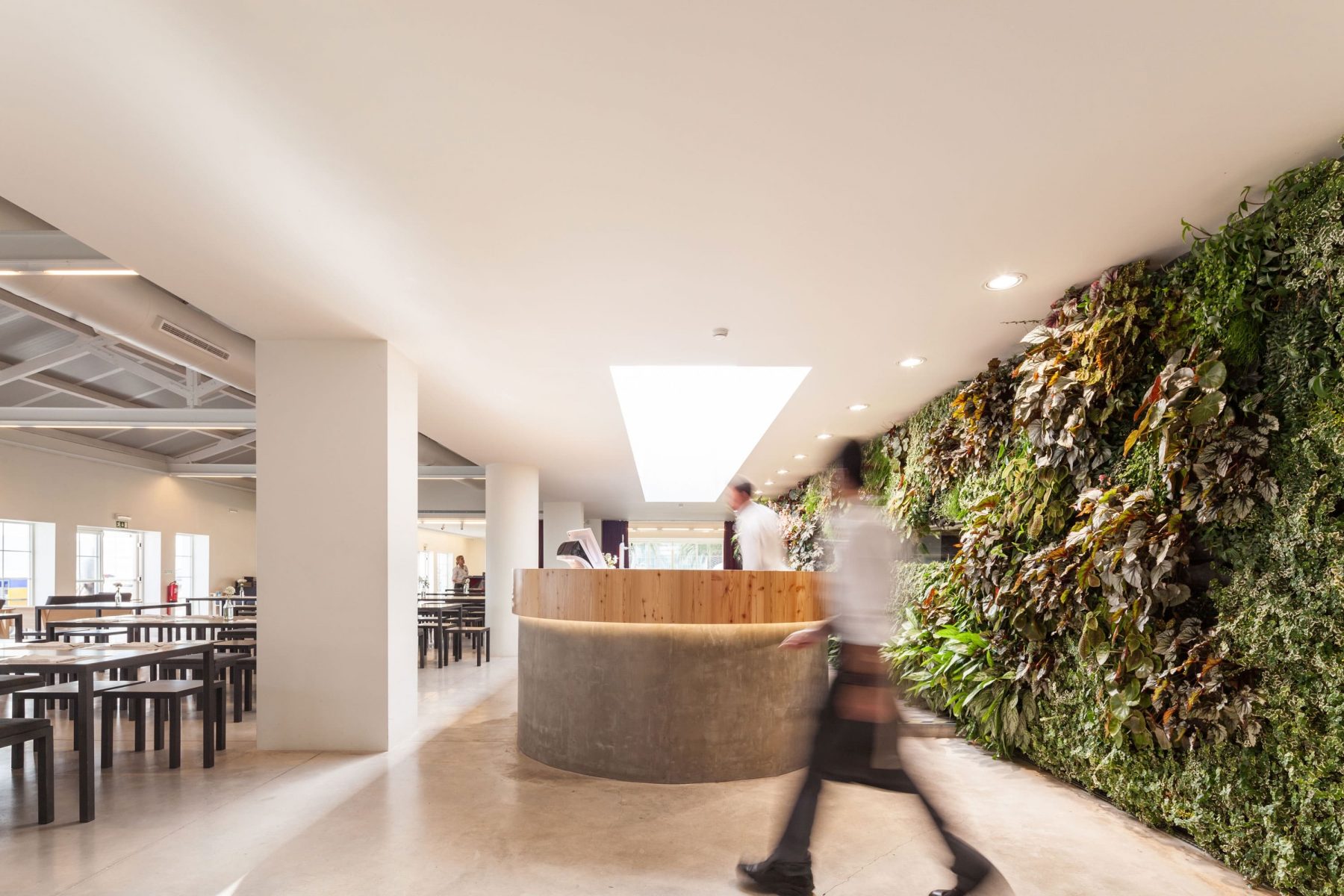 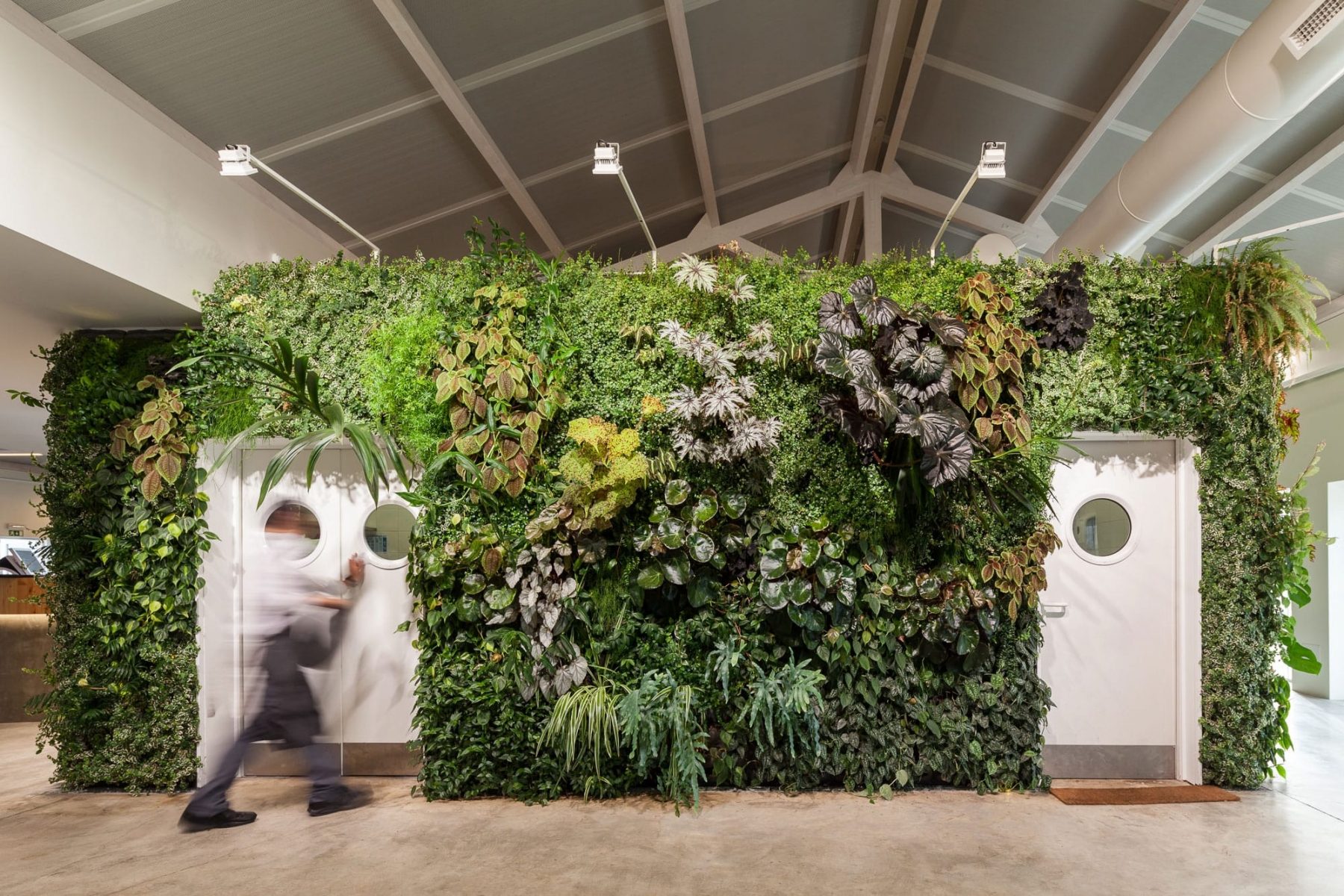 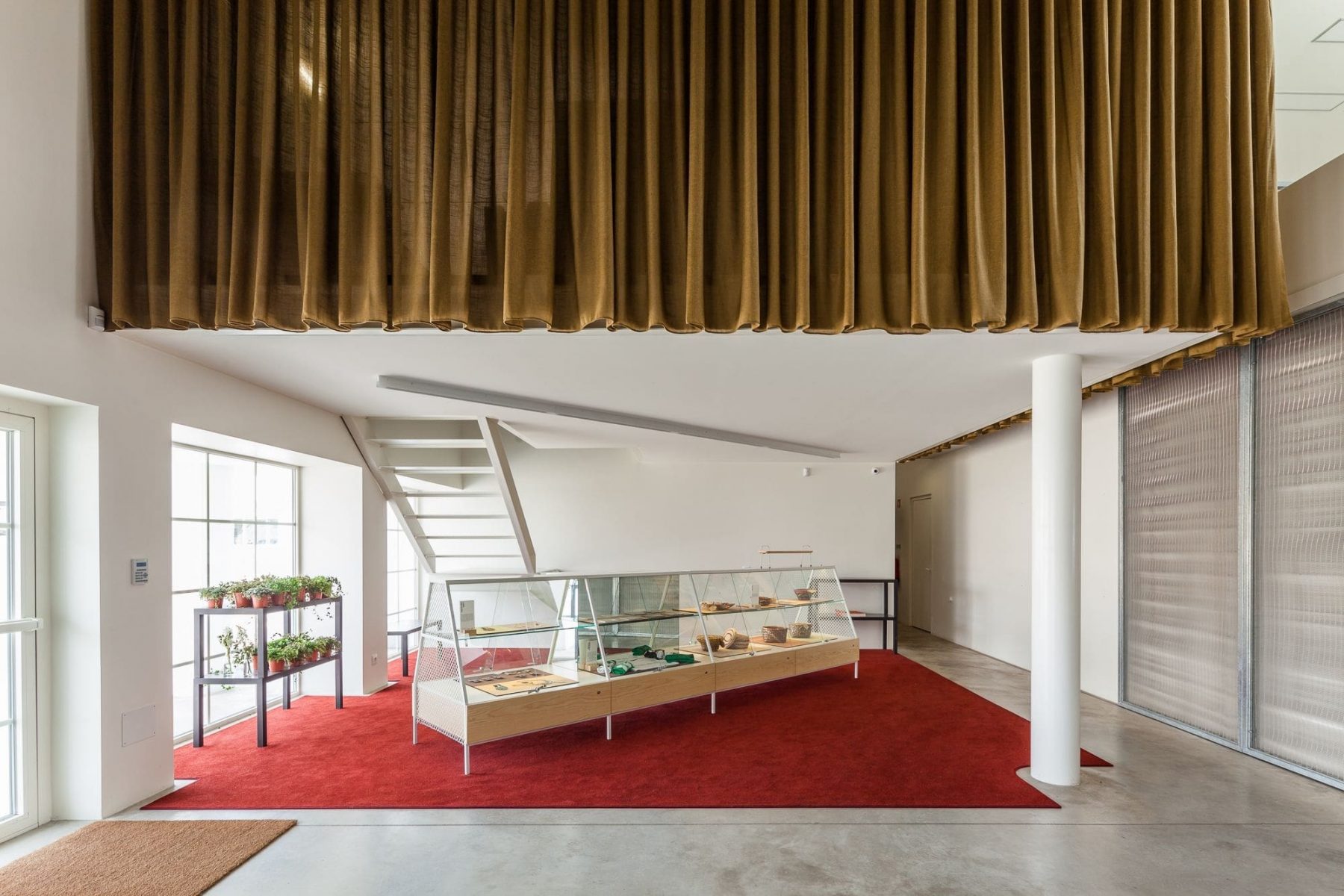 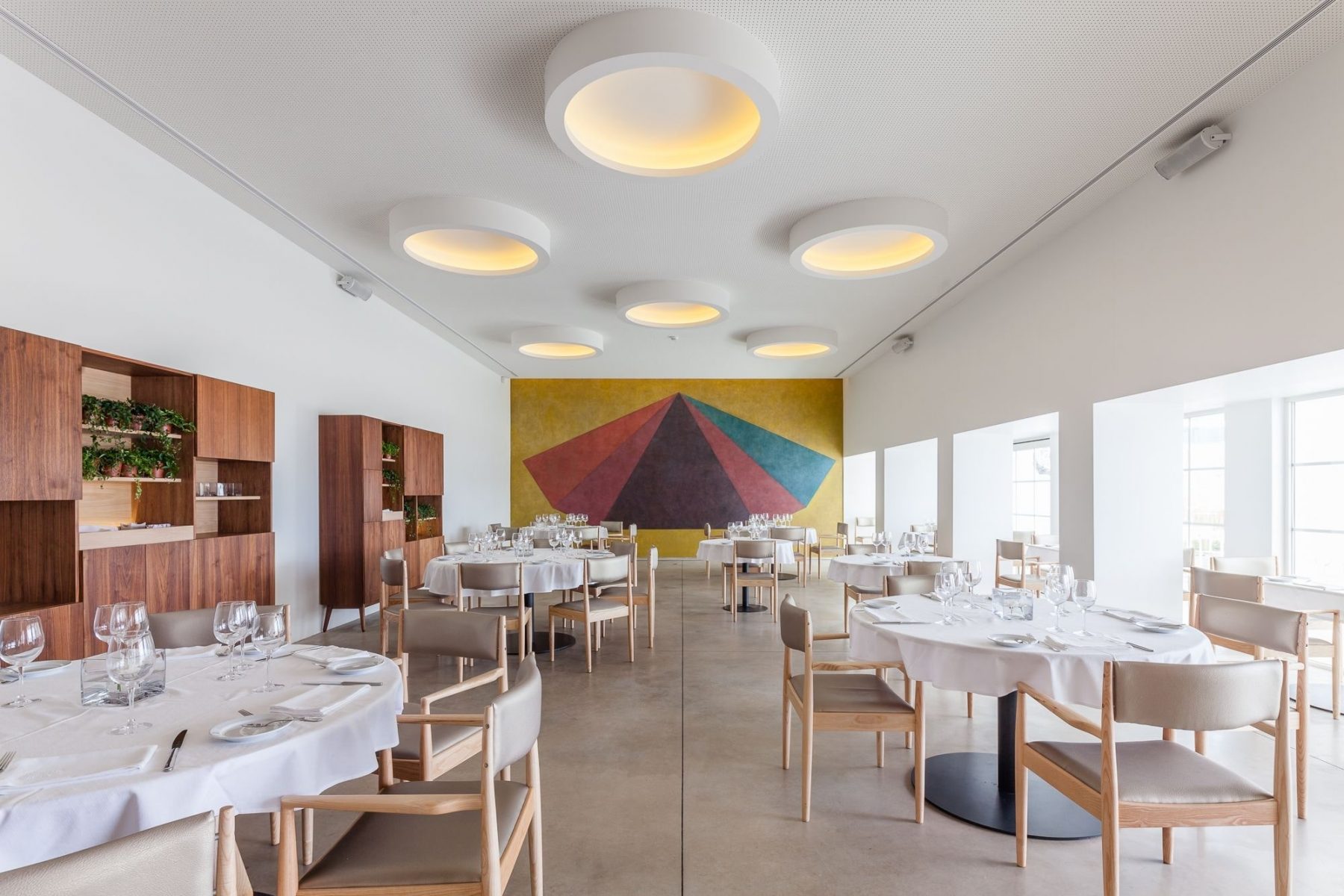 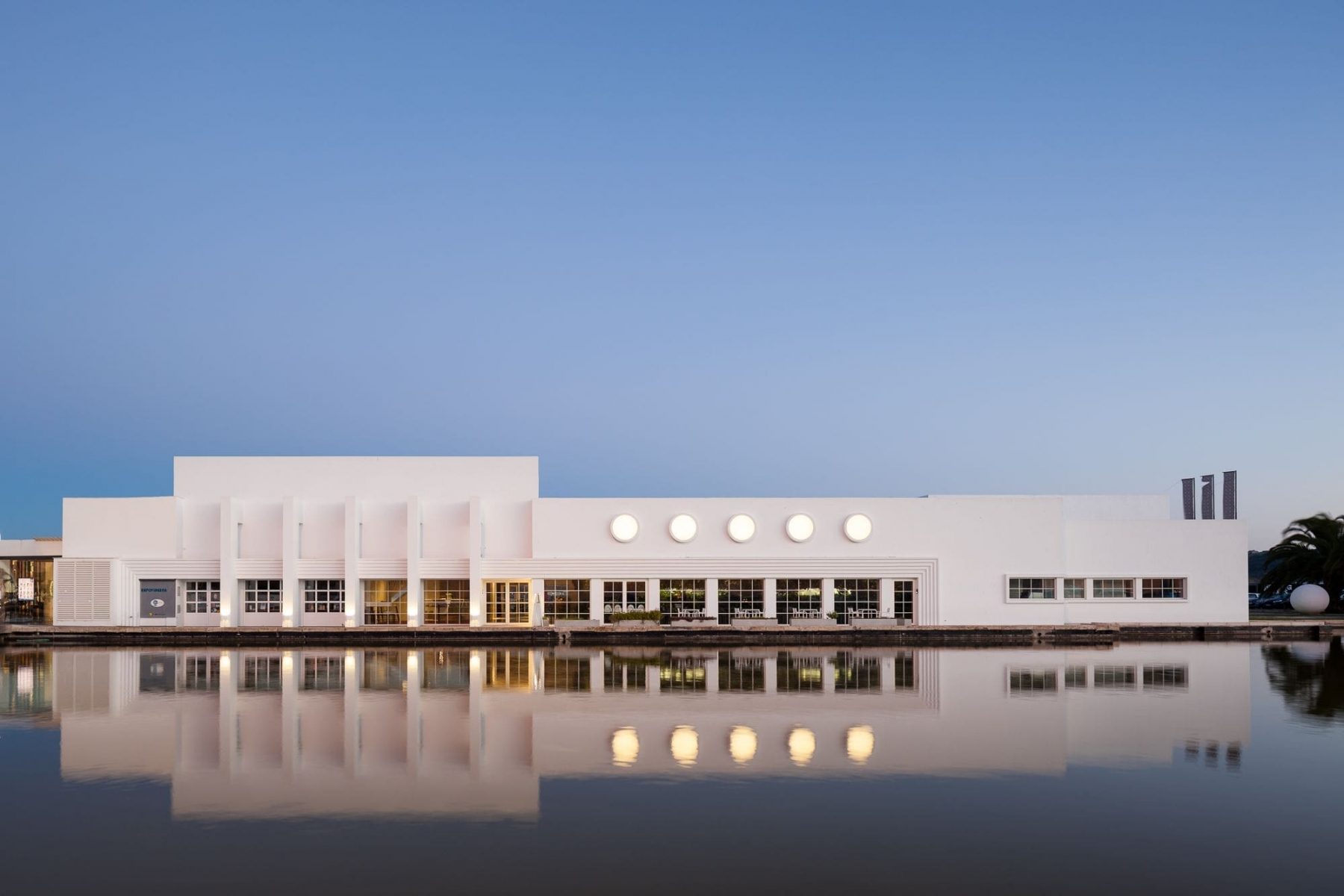 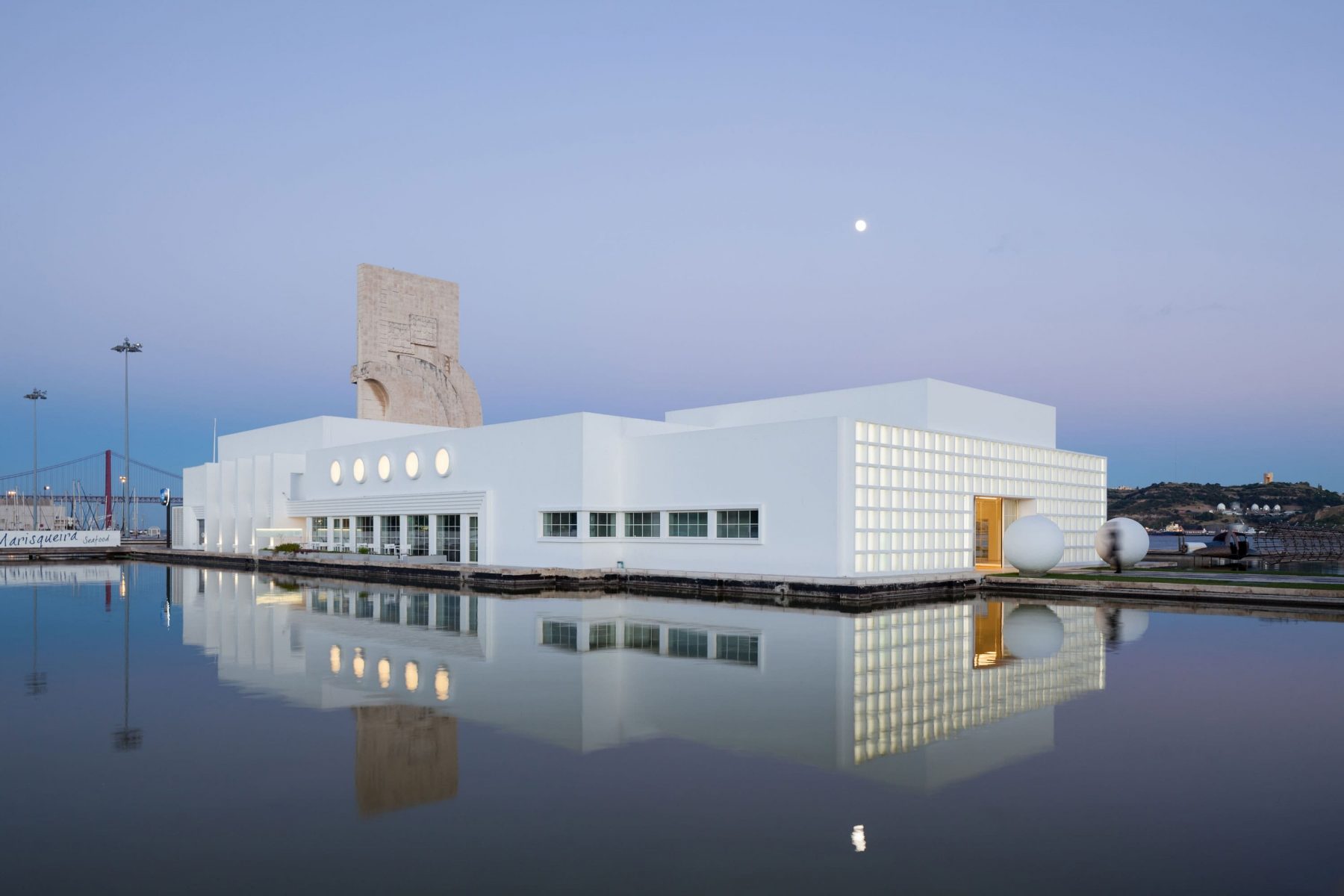