The proposed functional program included a kitchen and a bedroom, in open-space format, a bathroom, and also the use of the outdoor balcony as a living space. As this is a relatively small area, the first step of the intervention involved in the elimination of all non-structural elements and walls, except those configuring the existing kitchen and bathroom, releasing the entire spaciousness of the apartment.

The project leitmotif consisted in the clear delimitation of the bedroom/living areas and the functional/humid areas, differentiated by the application of different and contrasting materials.
Regarding the bedroom/living area, a new element was introduced, which, in a single sweep, incorporates various facets offering a sense of spatial unity. This single and continuous wooden piece of furniture is L-shaped along two perimeter walls of the apartment and simultaneously arranges various values: in the entrance, it functions as a support structure, low and longitudinal, which continues and transforms into a bed in the larger spatial extension area with a privileged view to the exterior; in the perpendicular wall it is, then, converted into a storage area and work desk. The texture of the existing walls, a coarse mortar of cement and sand, was kept, with the concrete of the structural beams being left visible.

In contrast with this first more clear and lighter area, the humid functional areas of the kitchen and bathroom are specifically dark and abstract. Black ceramic wall tiles were chosen to cover, along the interior and the exterior, the neighbouring walls of these spaces. All attached objects, such as sanitary equipment and carpentry furniture, are also in the same black shade, enhancing the homogeneity and integrity of the ensemble. A grey burel fabric was inserted, which visually divides the space and enables control of the relationship between the several functions throughout the day.
The balcony area was previously coloured in yellow on the exterior walls of the building. In this regard, the same colour was chosen to be applied on the epoxy continuous floor, in this area and on the interior, increasing a visual consistency and circulation flow. 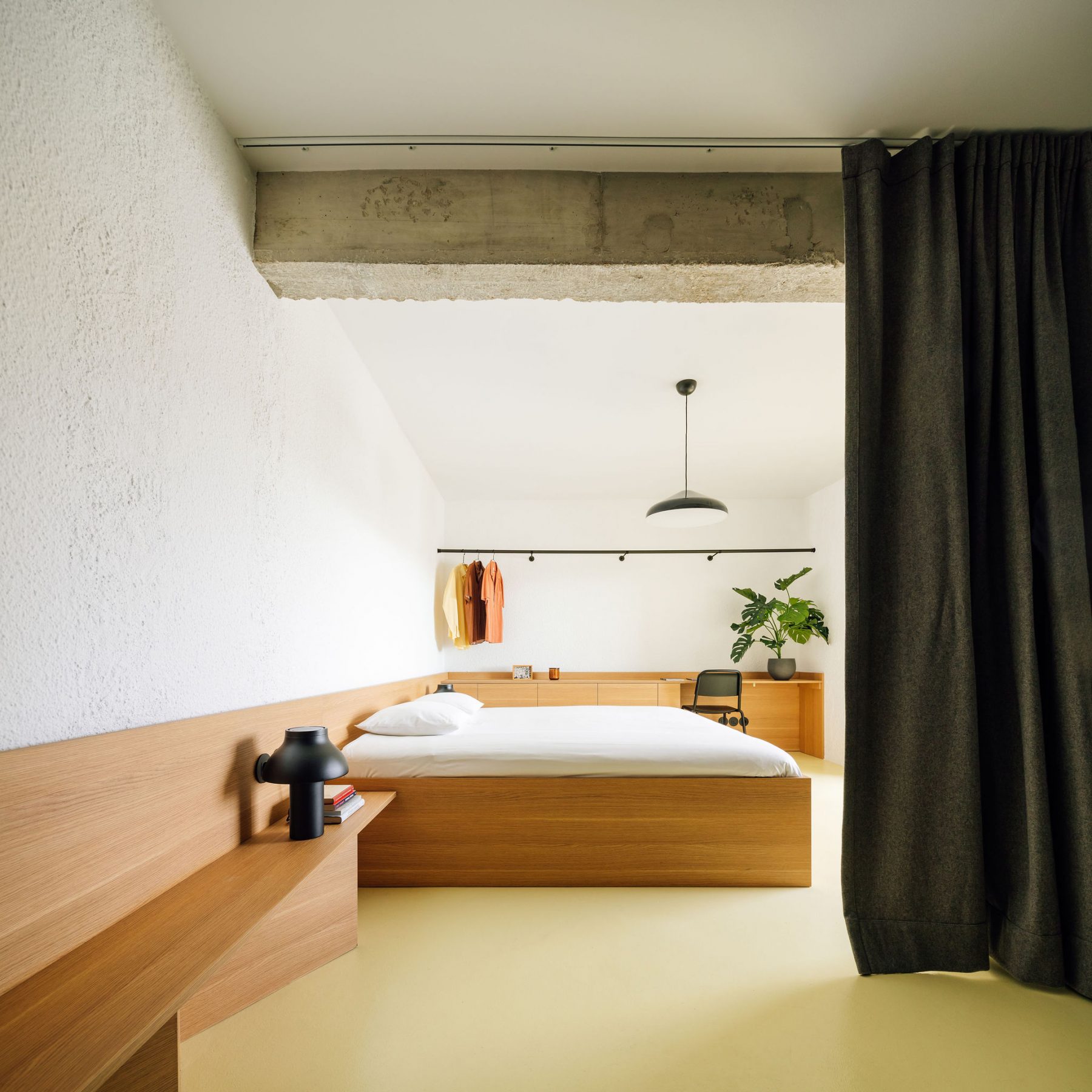 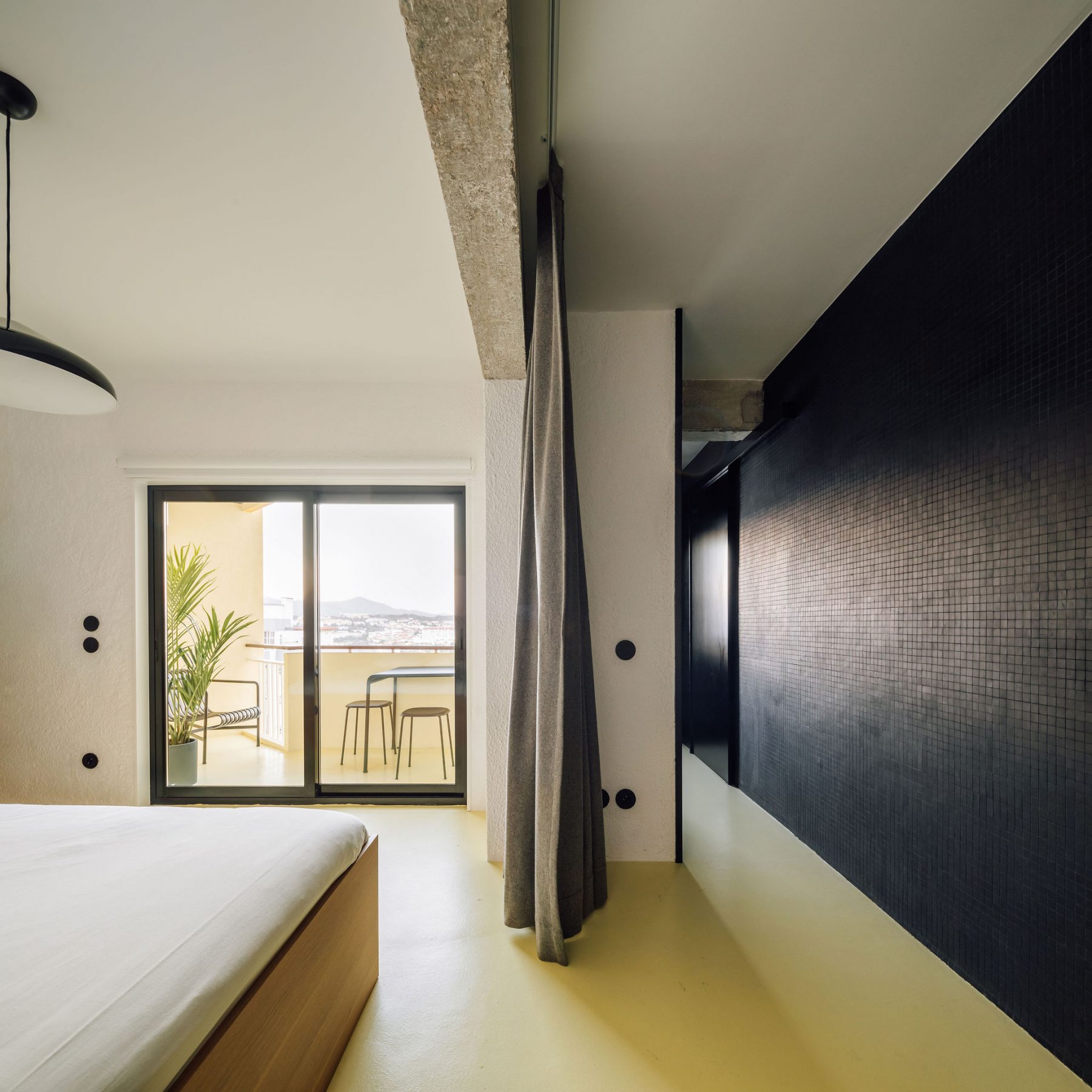 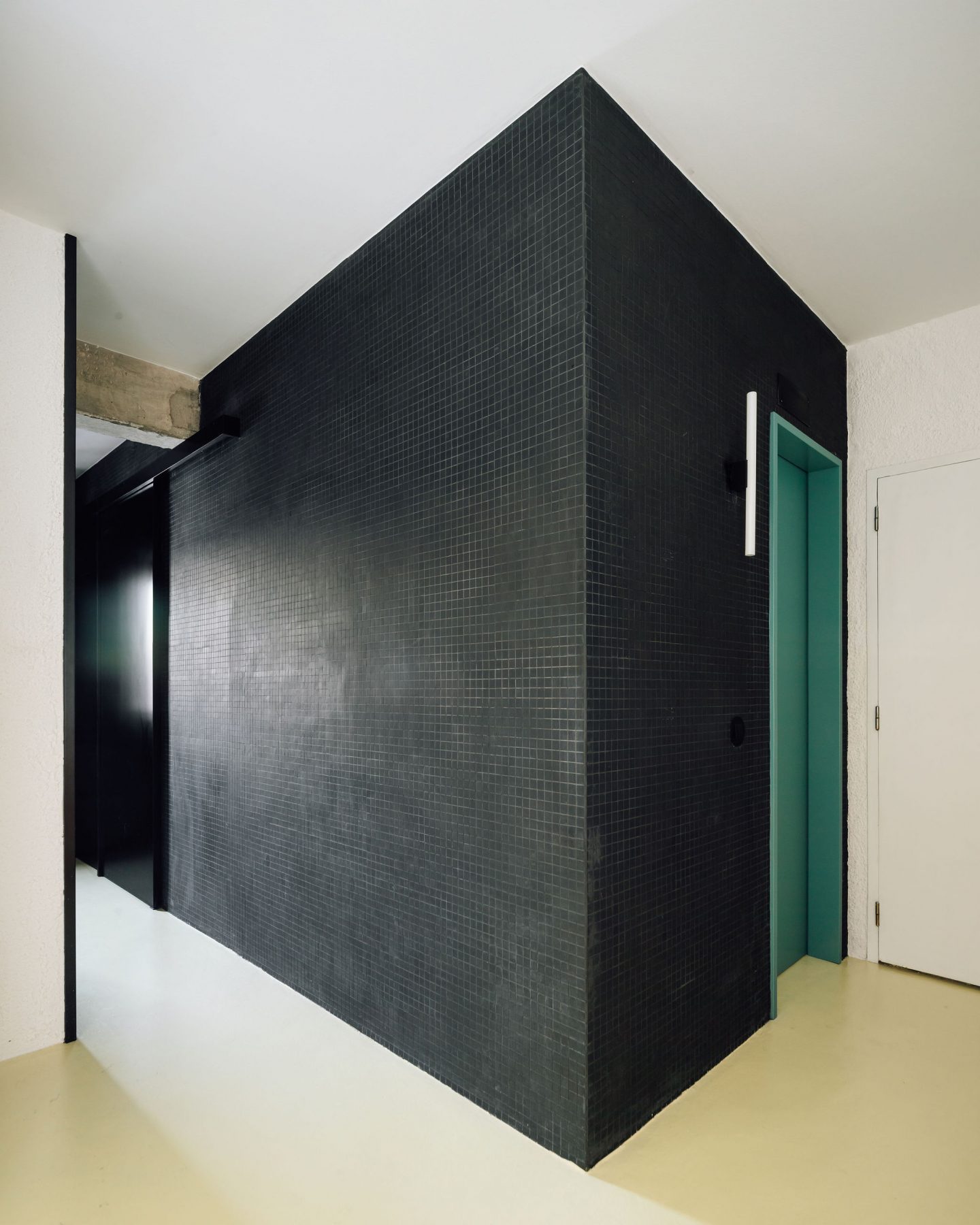 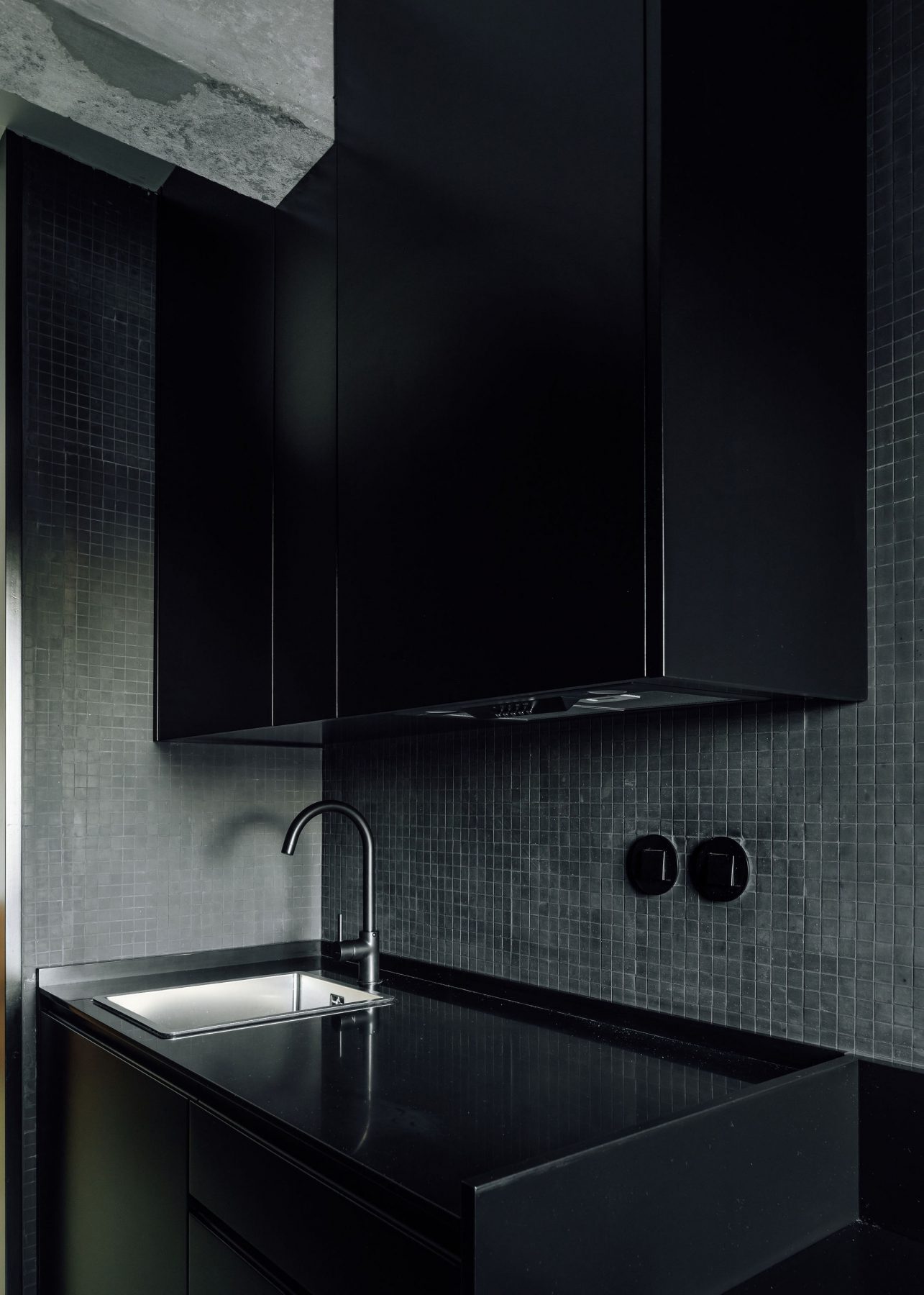 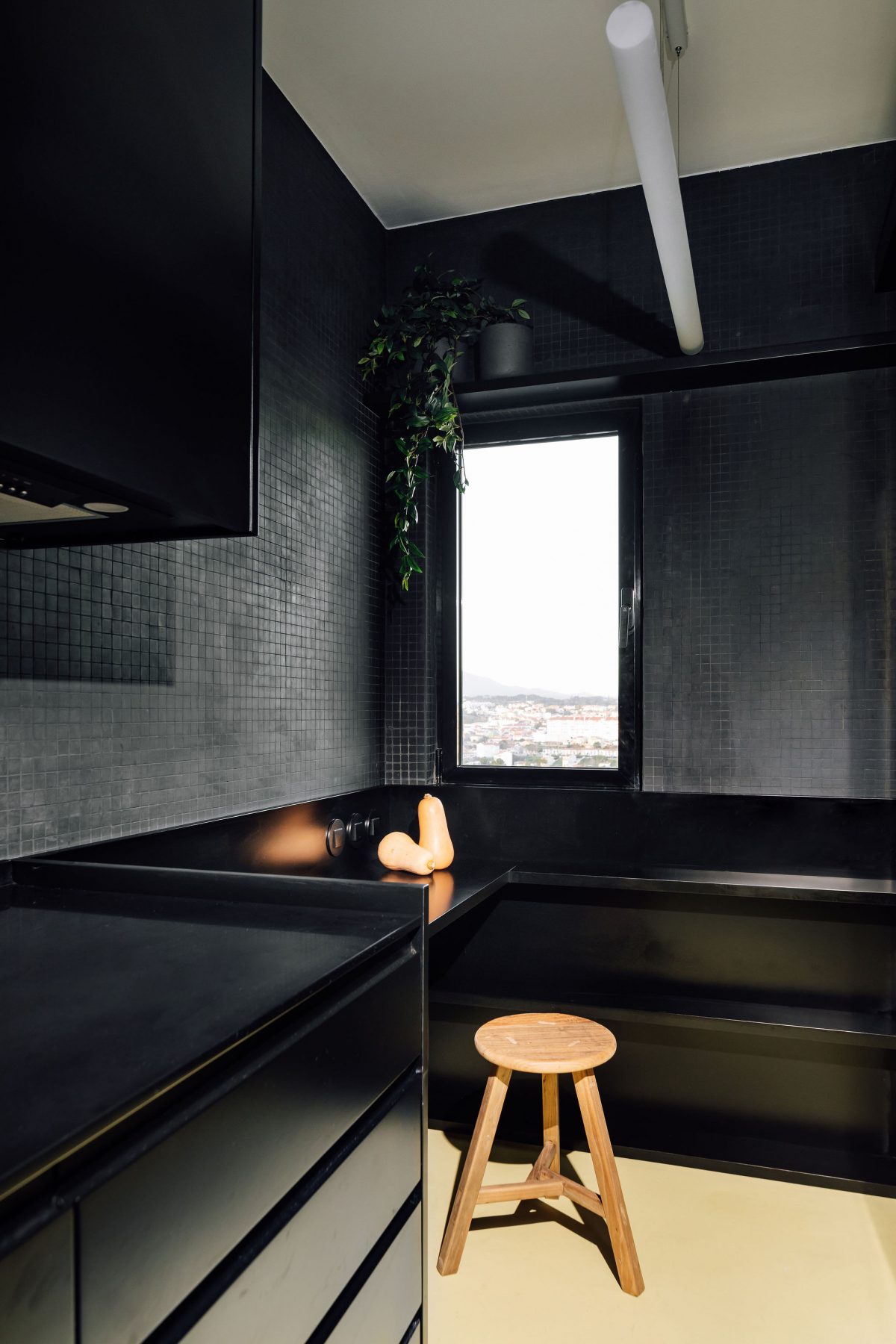 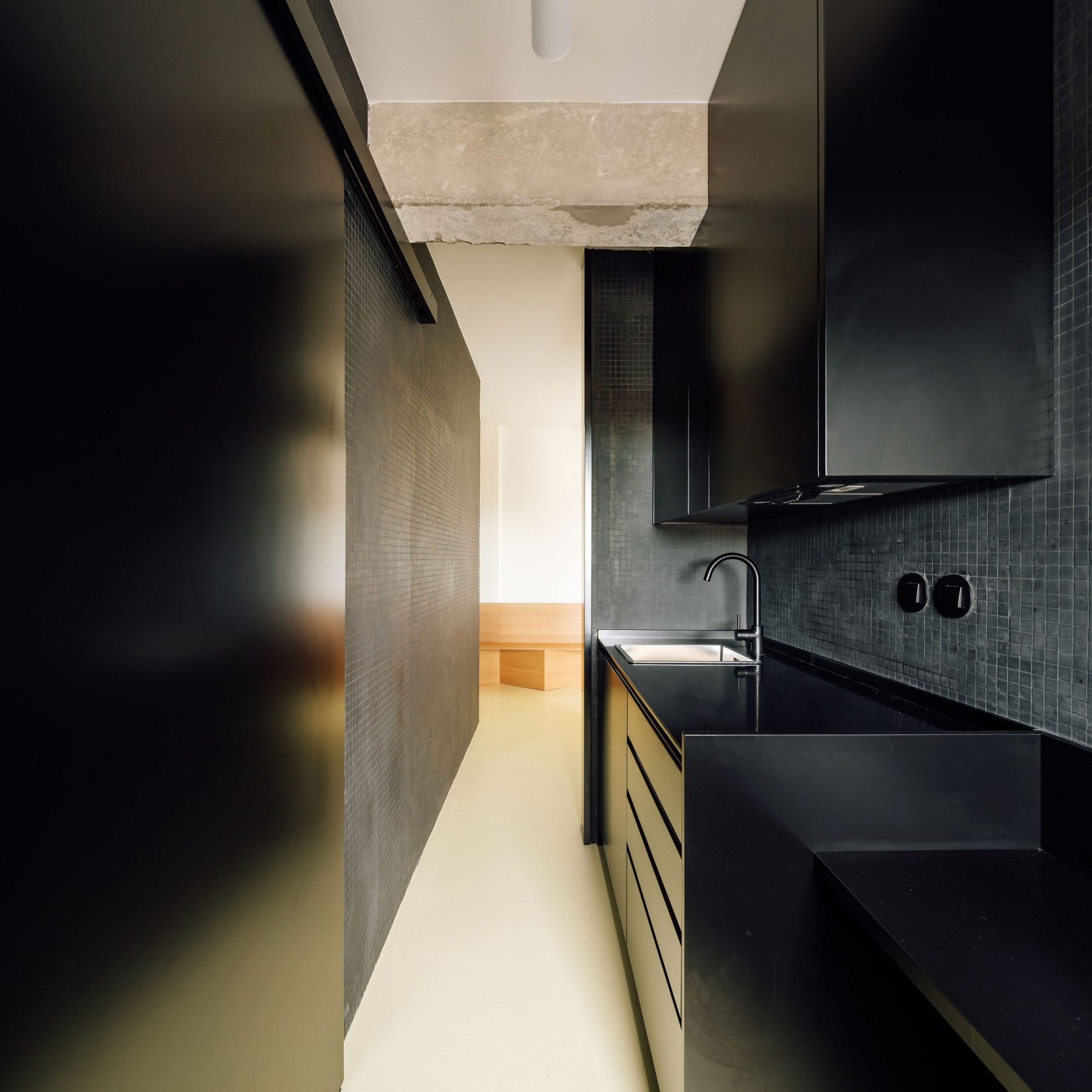 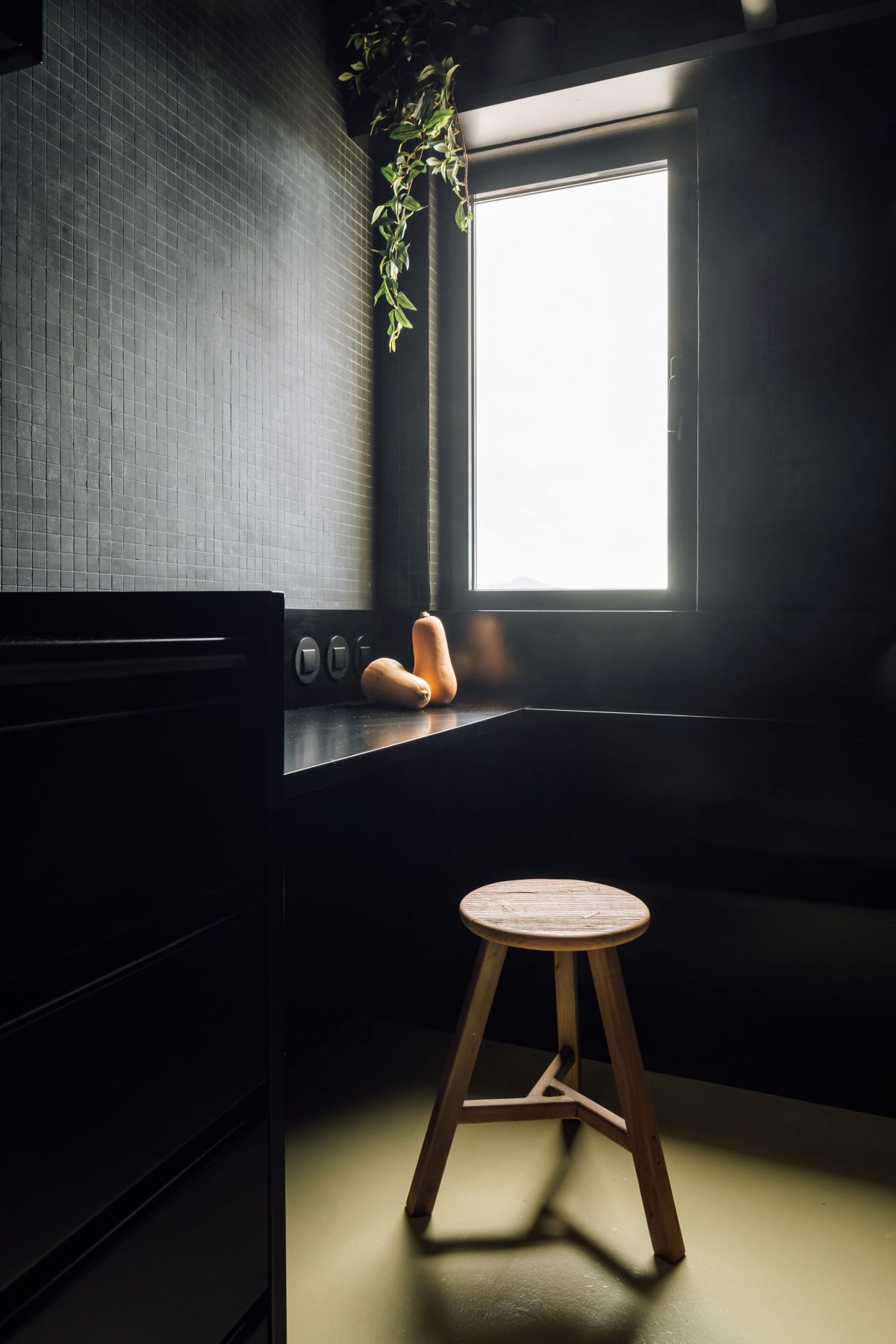 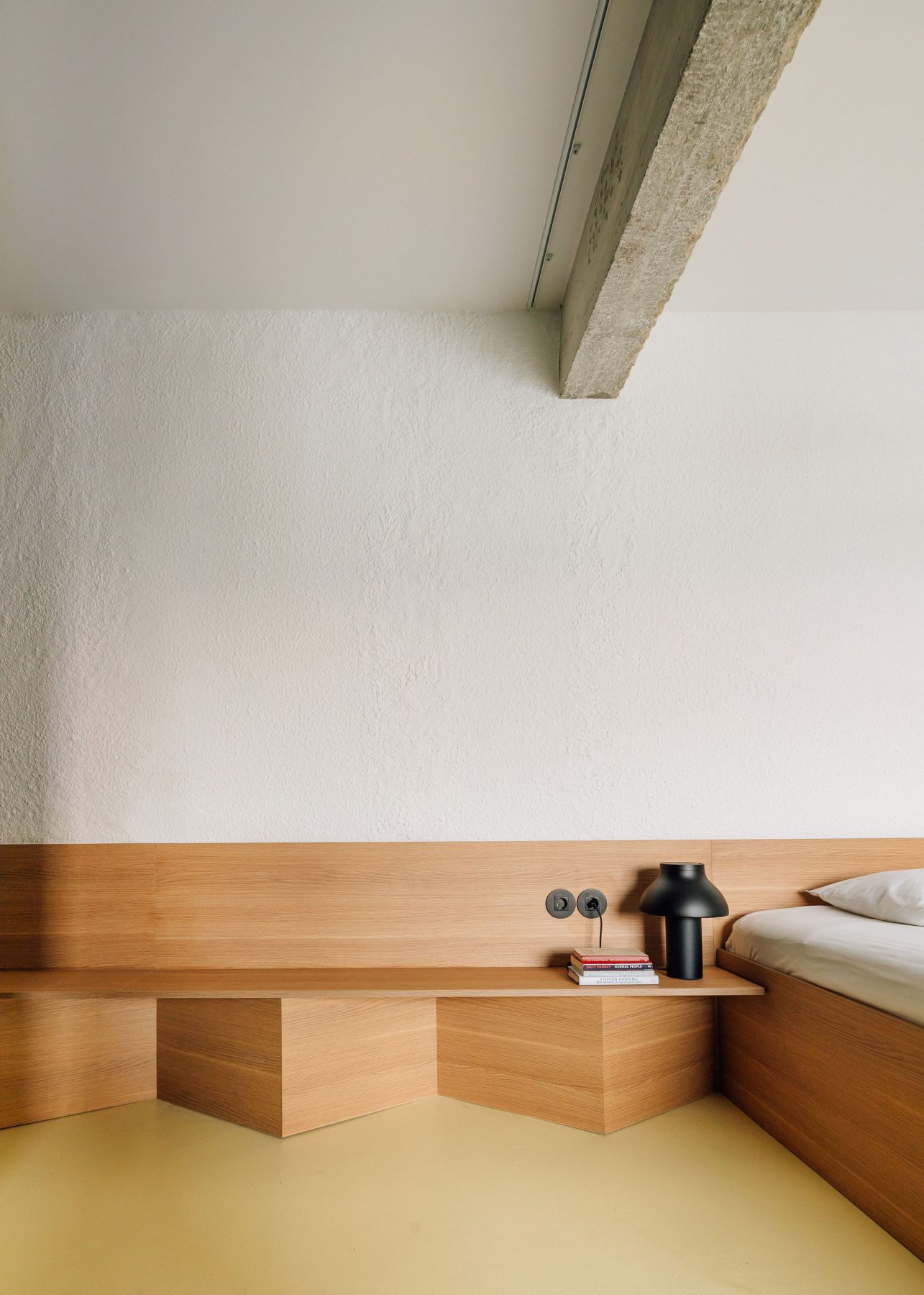 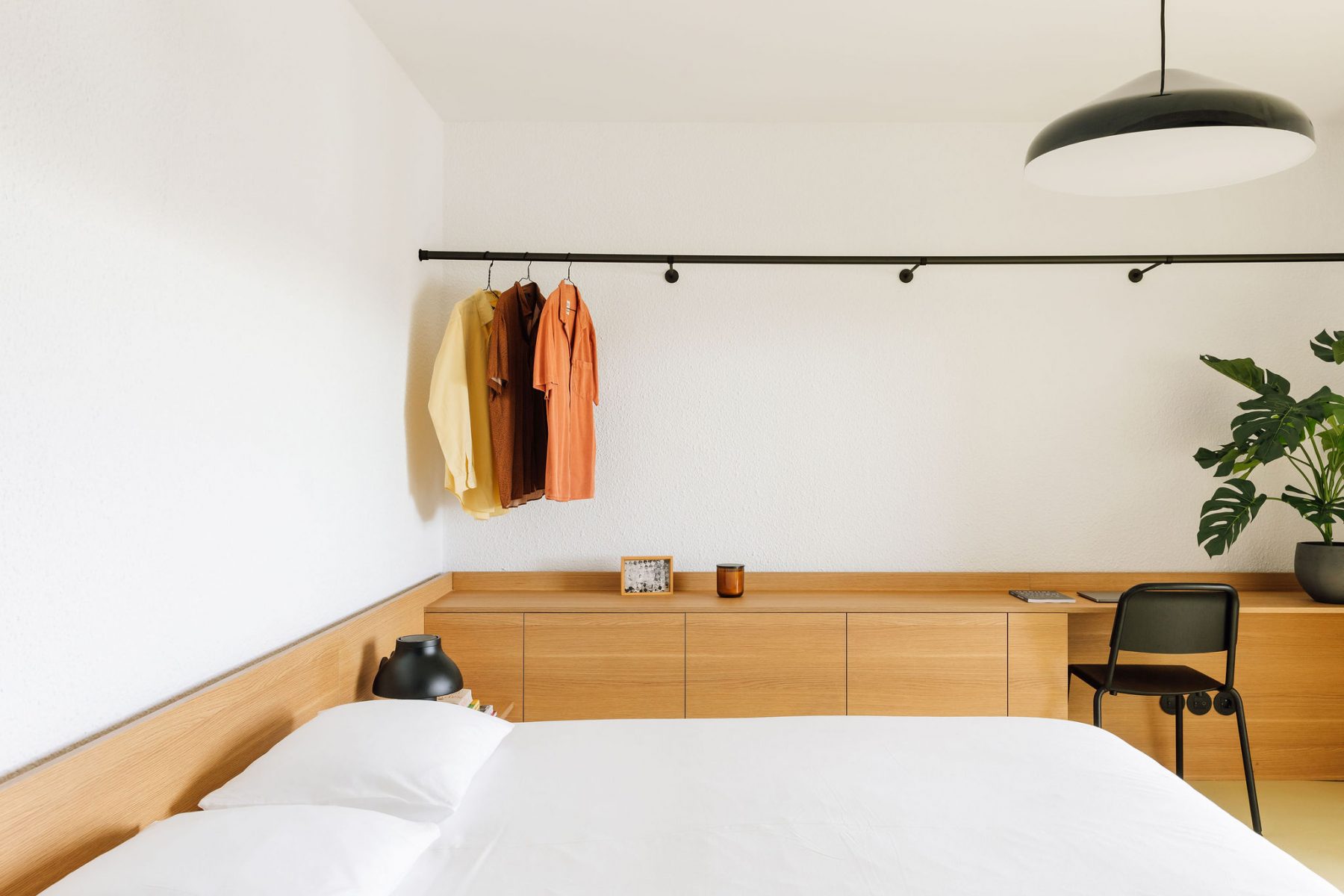 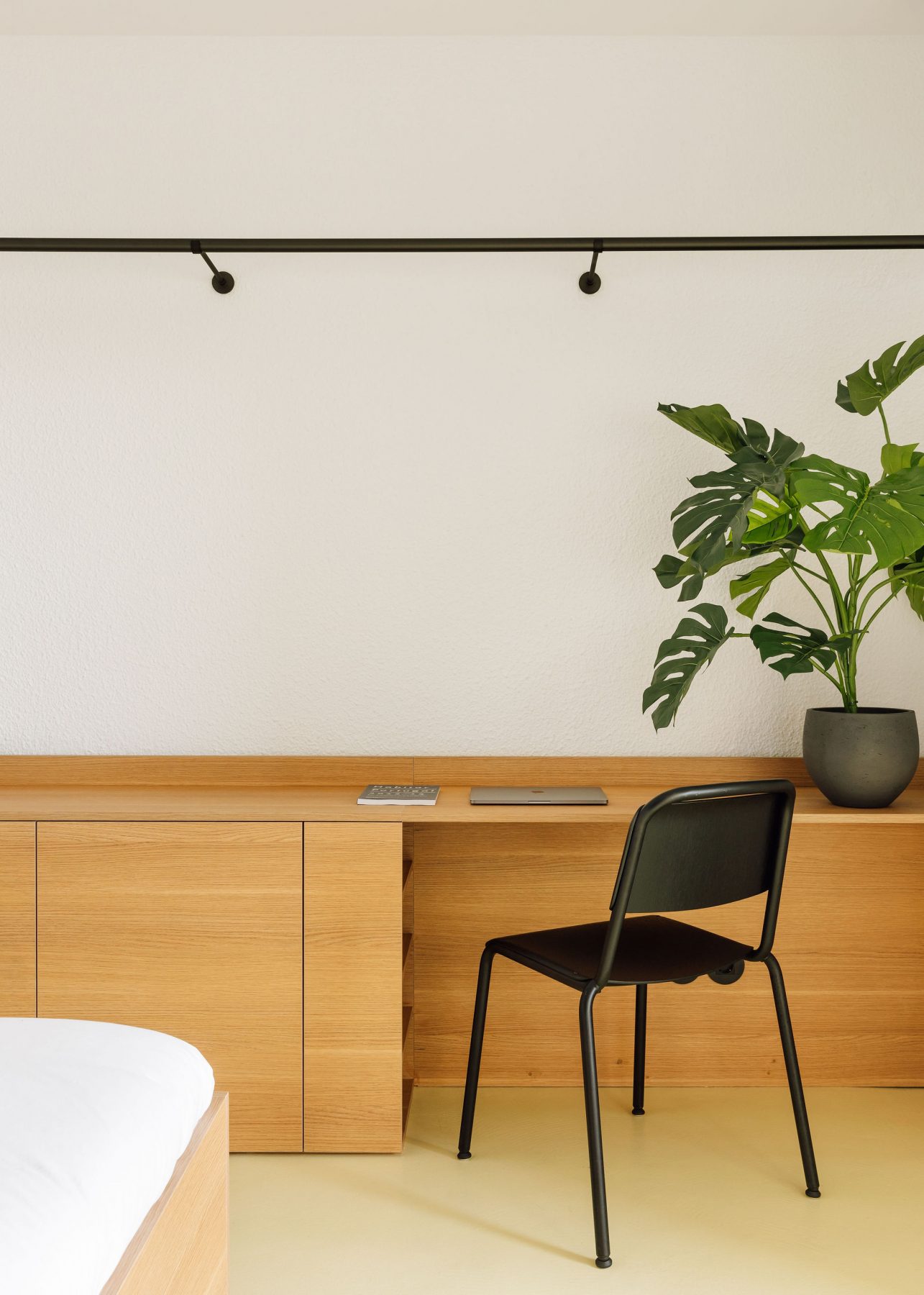 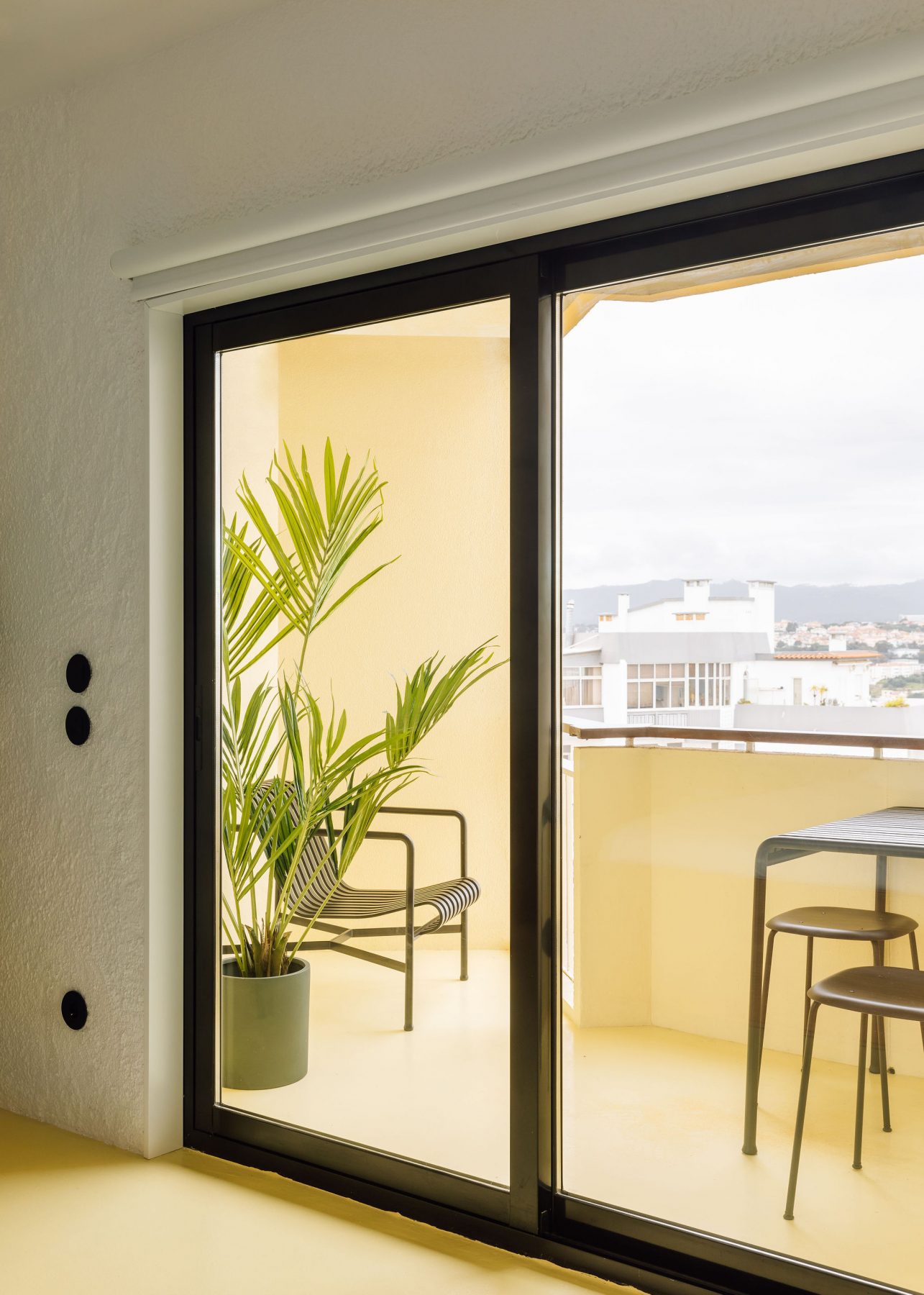 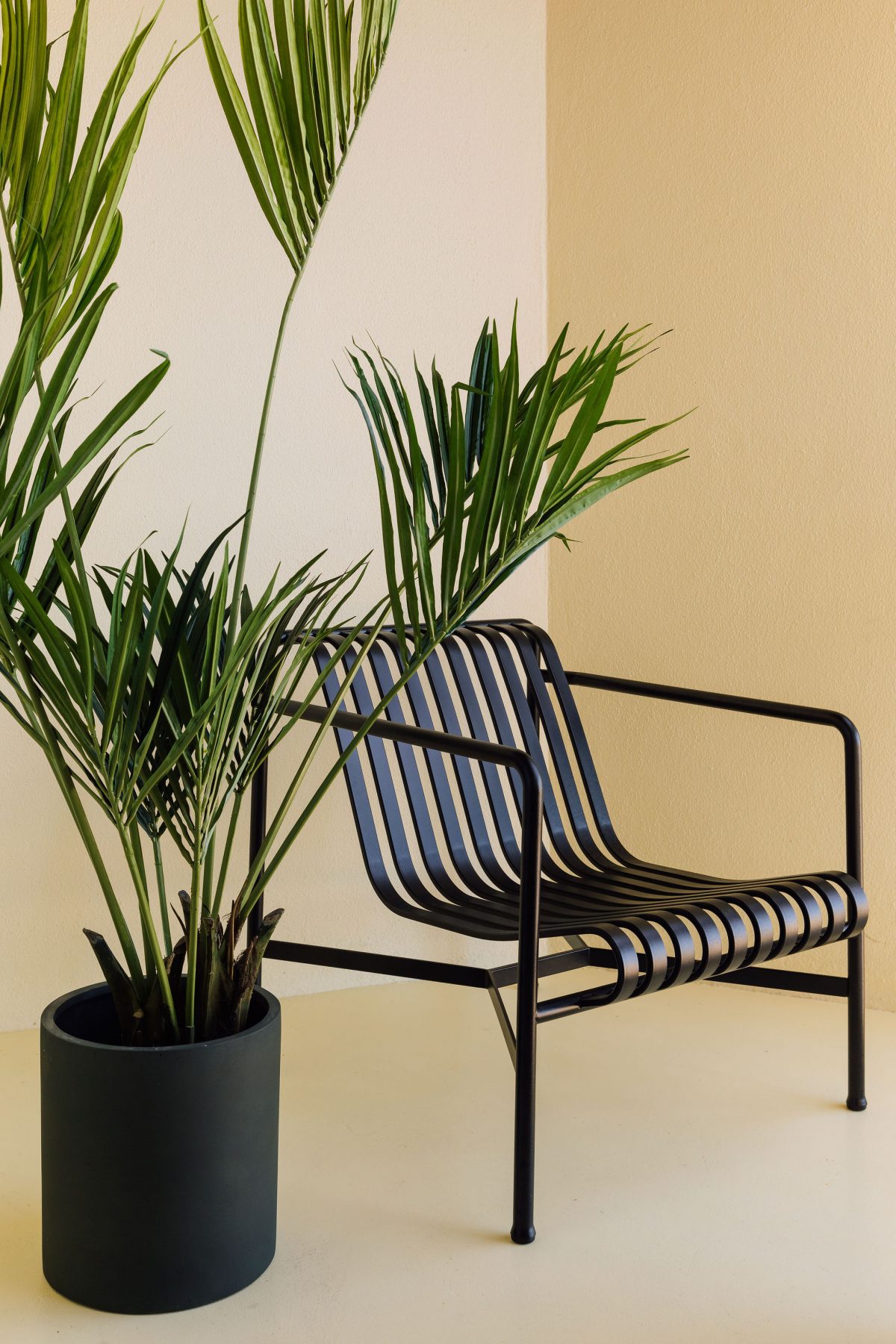 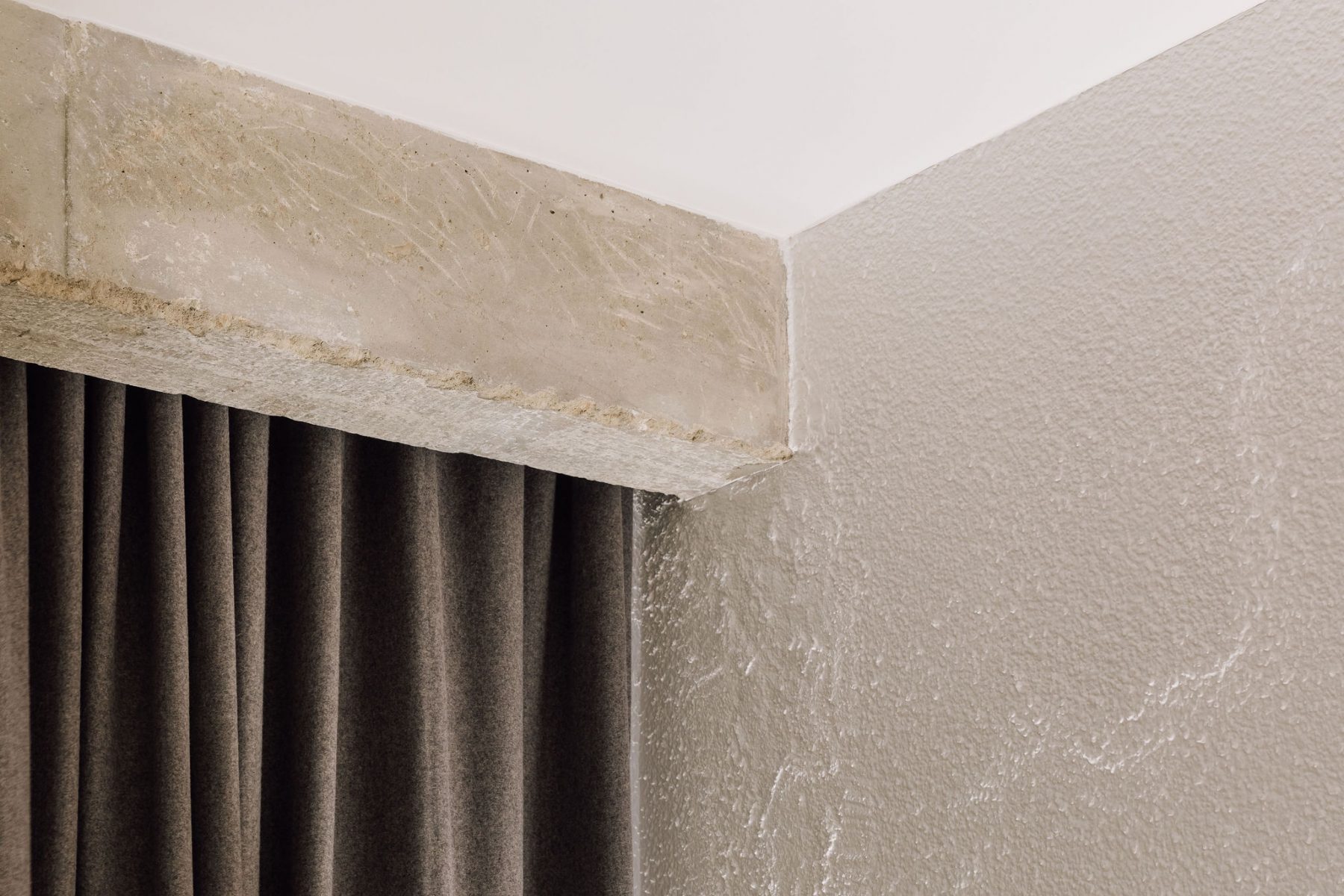 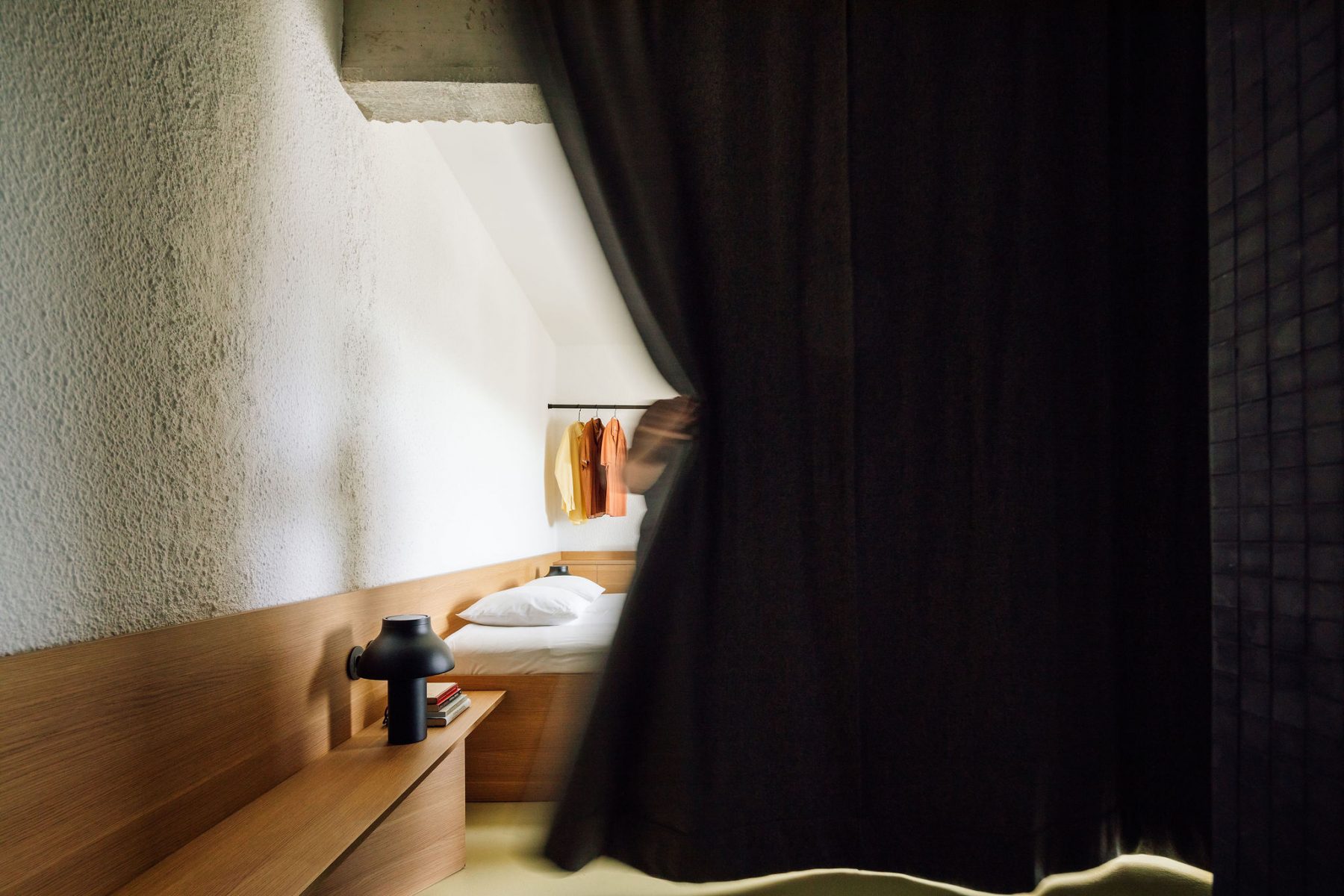 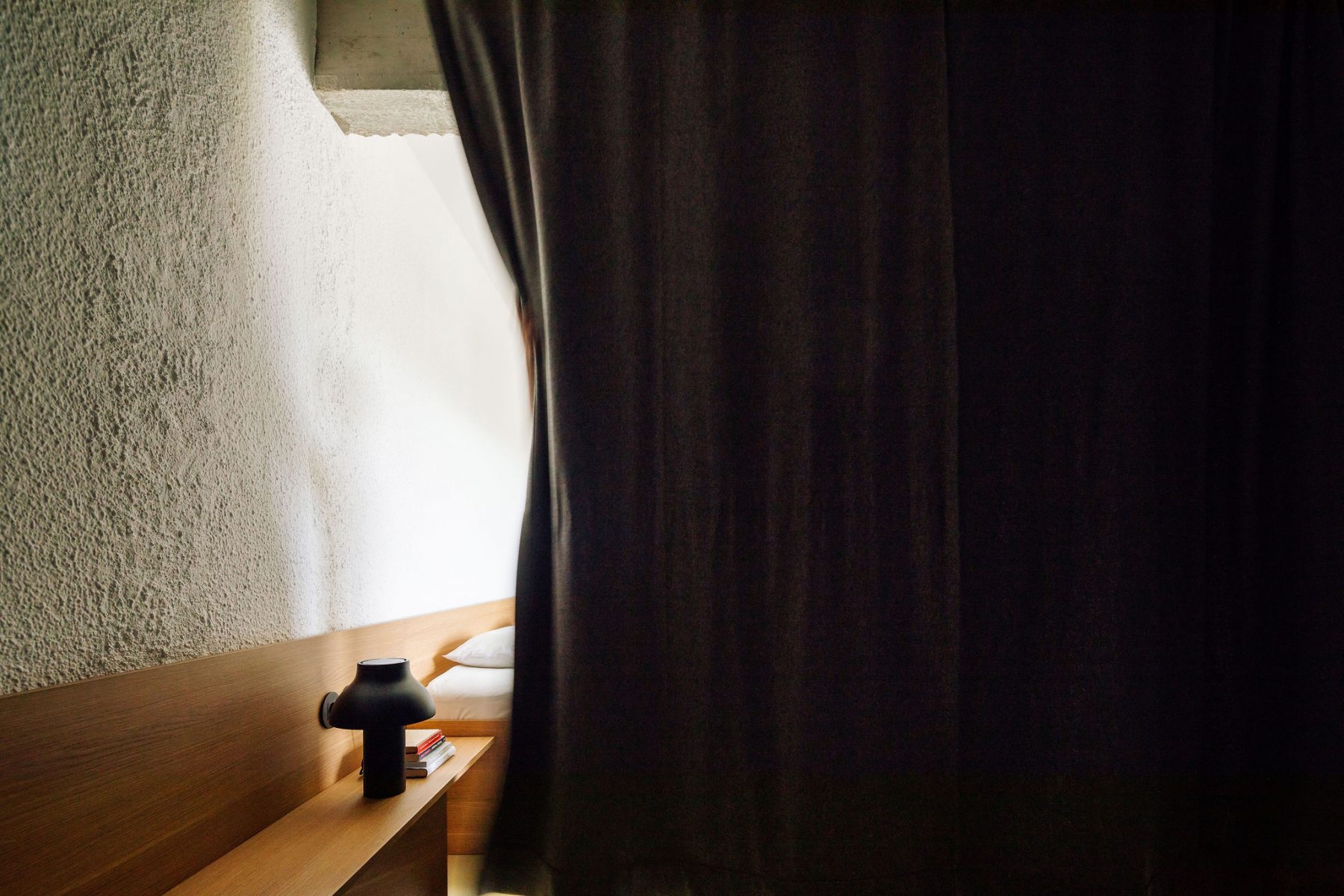 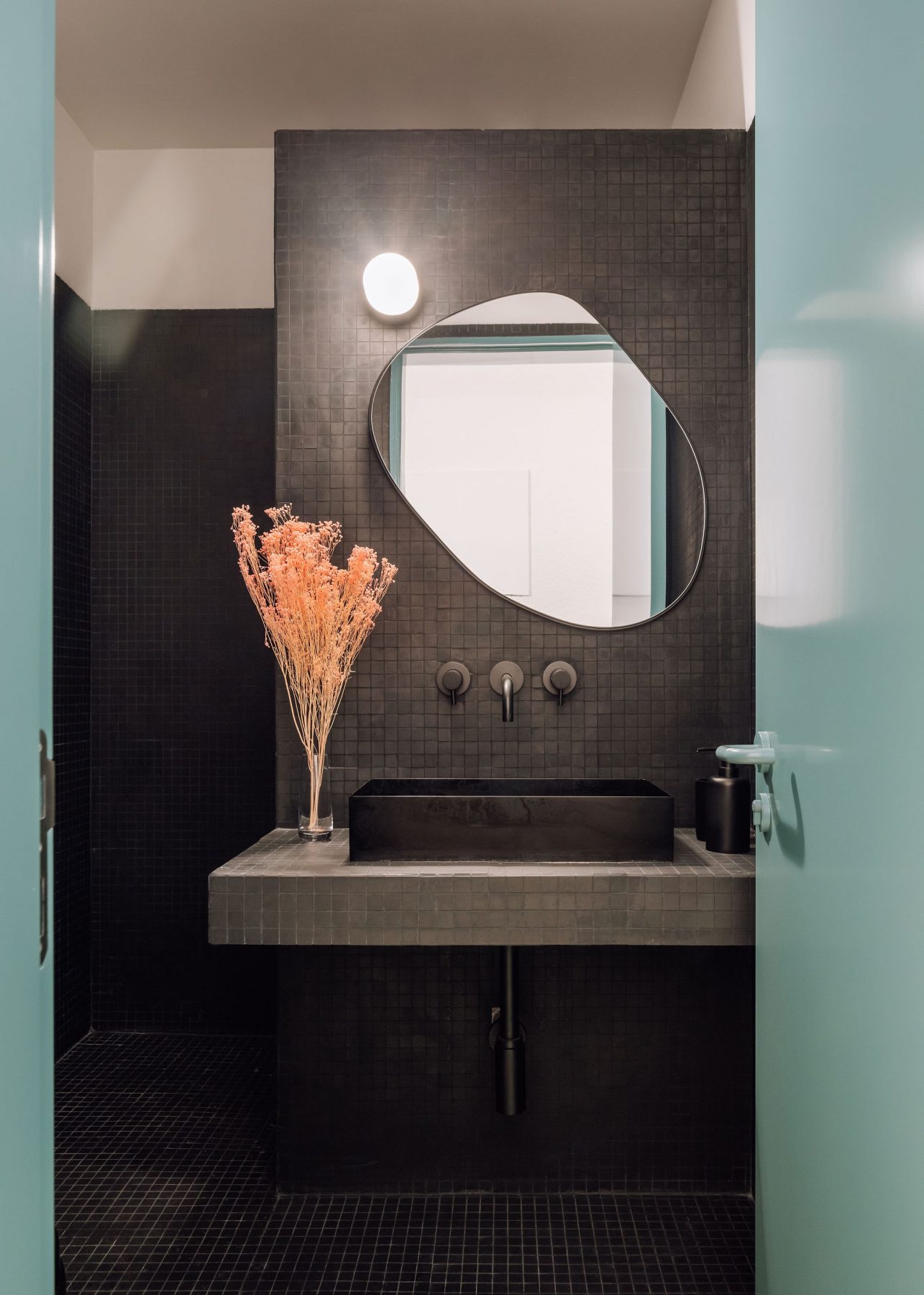 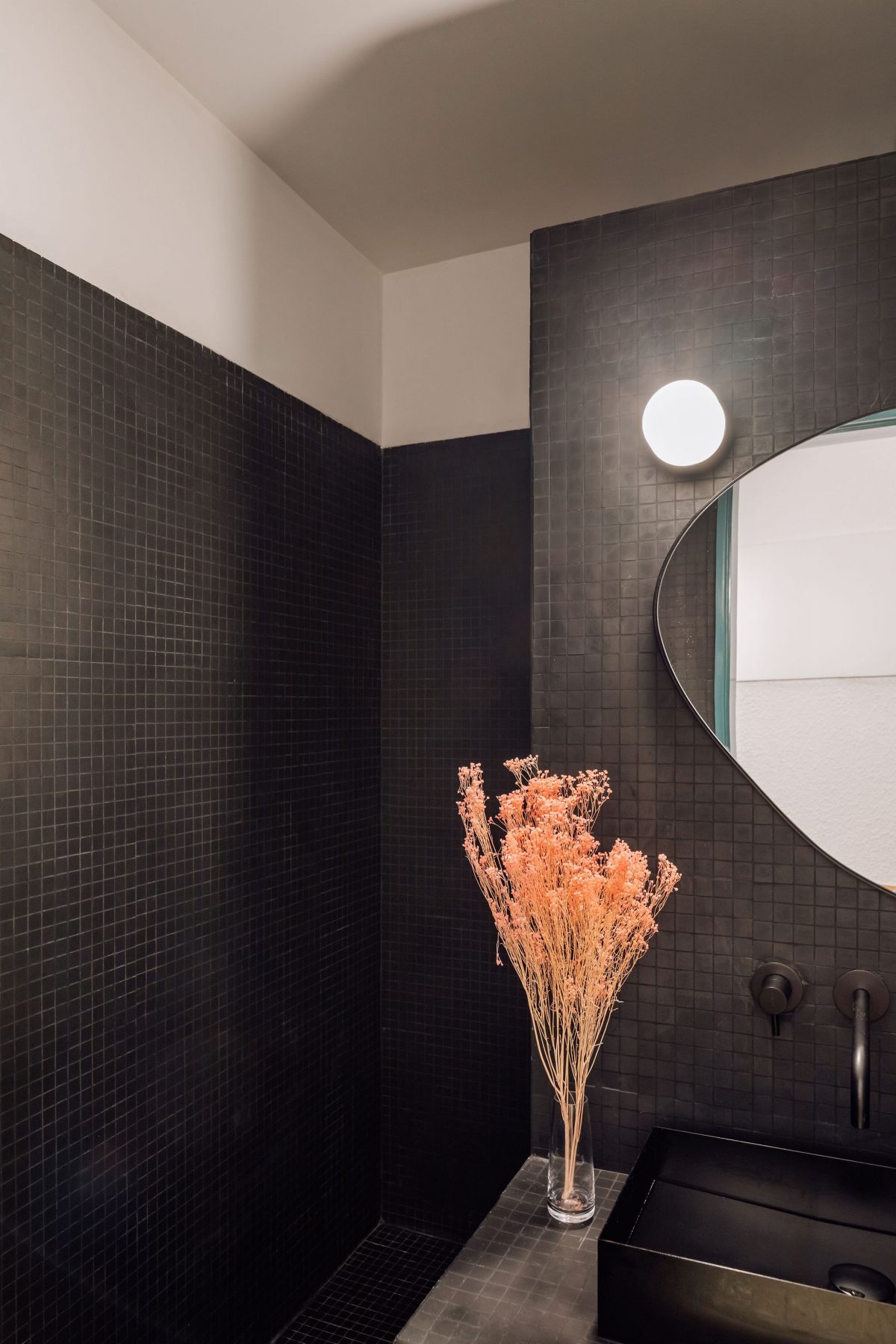 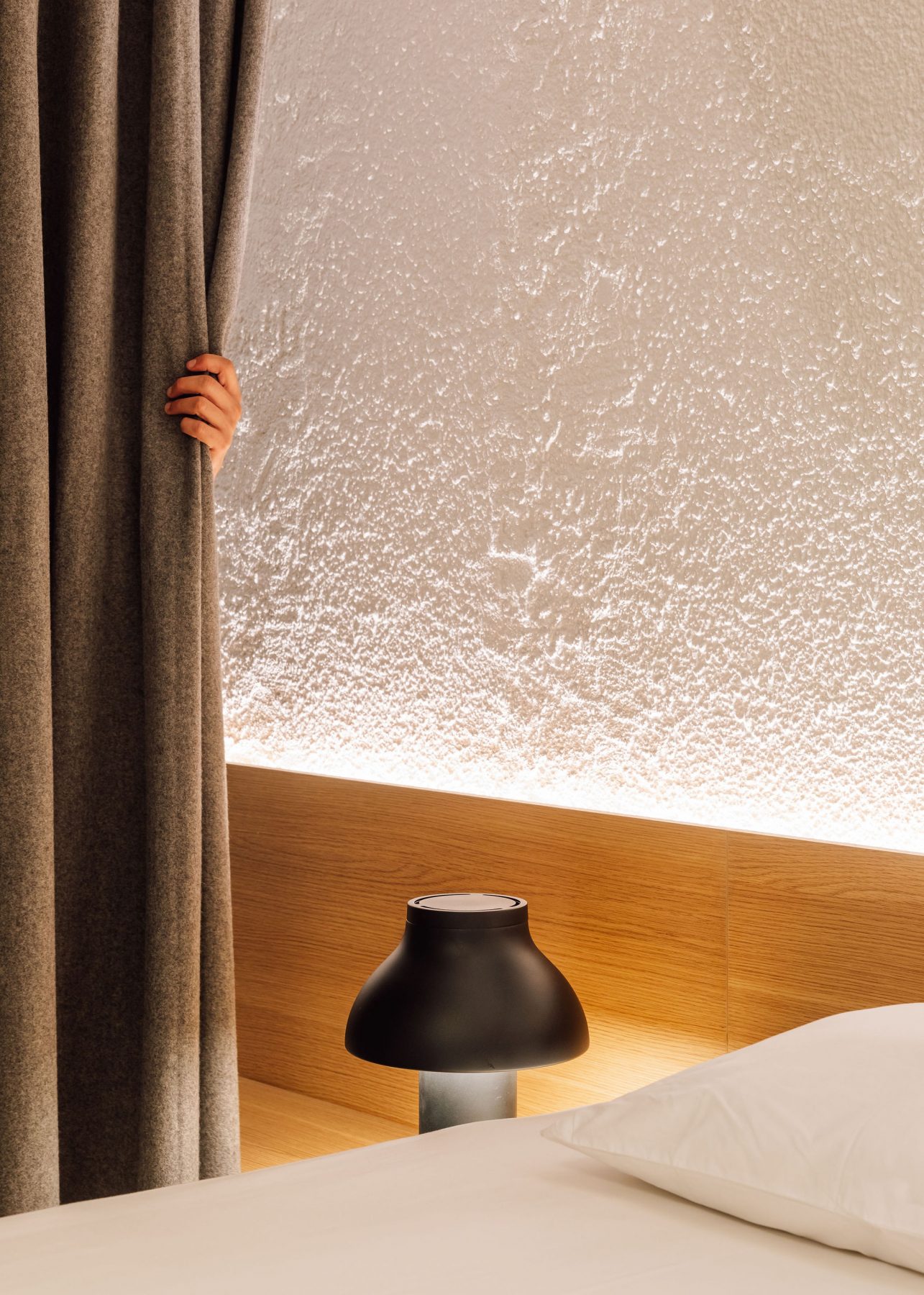