The design of the architectural project for the Barroca Museum began in 2014 and featured as its core premise the reorganization of a building located on the Barroca Estate just outside the Portuguese town of Mora.

The building, which had been recently restructured before this intervention, had retained its origins within the Alentejan vernacular architectural style of which it represents a fine example. It is composed of a long, single storey volume, located in a raised area of this agricultural estate, which previously served as the manger for the estate. The structure is characterised by extensive sections of white wall, with controlled openings throughout the construction. The gable roof is held in place by wooden trusses that endow the space with the amplitude of a pavilion. The finishings are typified by the whitewashed plastered walls and the red ceramic paving, which recall the traditional architectonic language of this region.

The project undertaken defined the installation of an exhibition about the history of the local council based upon hitherto unpublished photographic records that illustrate and highlight the social and economic transformations ongoing in the region ever since the early 20th century.

The exhibition layout redesigned the existing spatial logic and in accordance with the diverse specific requirements of the exhibition content. Conceptually, the project was designed with a strong reference to the surrounding built and natural environments in a play on the interior-exterior relationship.

The intervention extended to the construction of a volume within the interior of the main nave, which stands apart from the walls and the ceiling to become an object unbound in the centre of this space. This self-standing, white structure proves reminiscent of the outer sections of stone masonry and functions as a replication of the existing construction logic.

This volume gets intersected across the two axes transversal to the surrounding space in alignment with the metric of the existing openings and thus enabling the circulation of visitors inside and outside of the exhibition as well as the controlled entrance of natural light. These divisions result in three distinct spaces which, in turn, correspond to the three main exhibition sections.

There are also occasional pieces of fixed furniture that act to embed the diverse programs of the museum space of which the reception and store are examples.

In the interior, various means of support and stands ensure visitors accompany the pace of the exhibition and fostering the interaction of the public with the exhibited content. The green colour of the furniture reflects back to the natural exterior environment in continuity with the premises established in the general project concept. 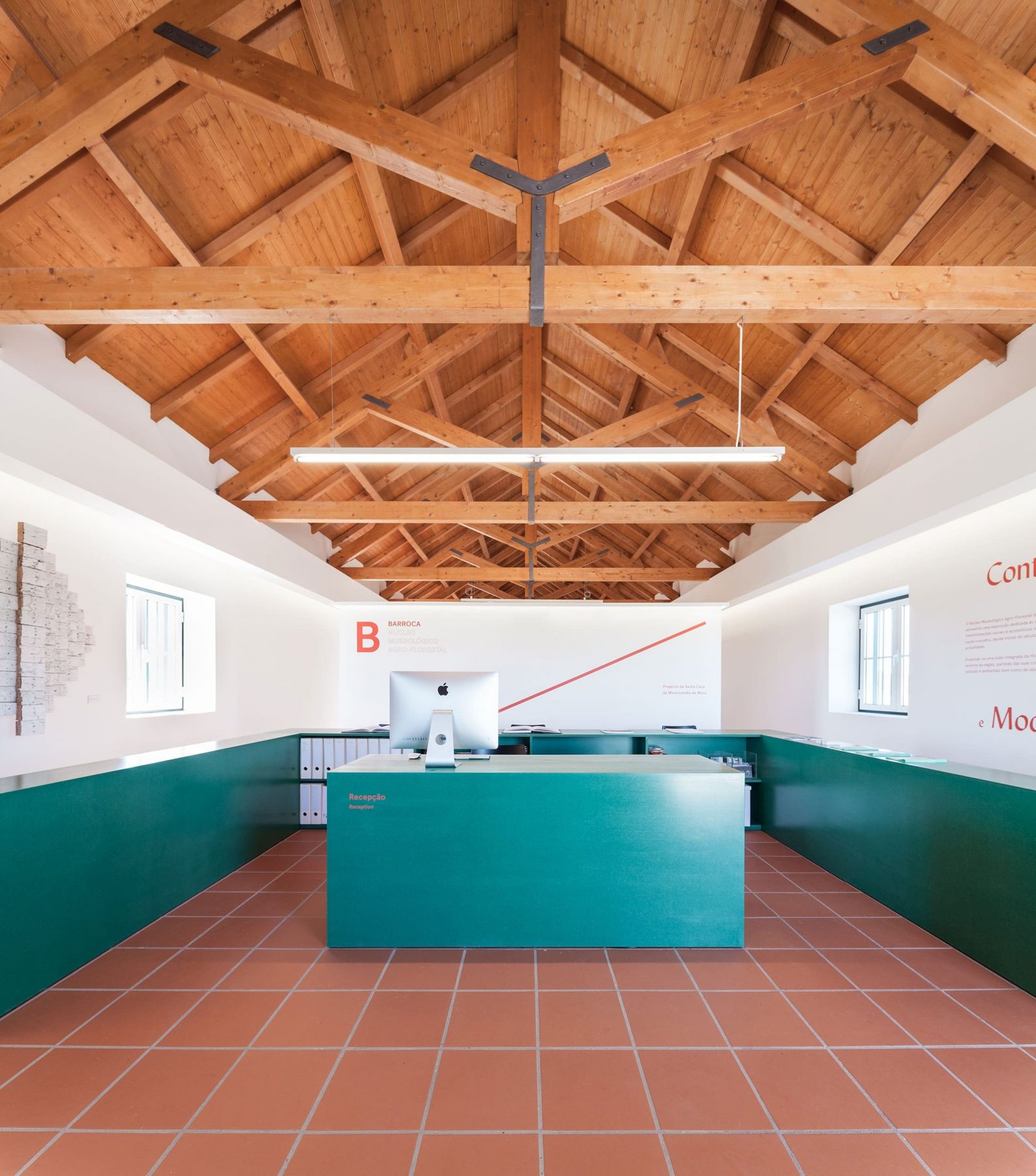 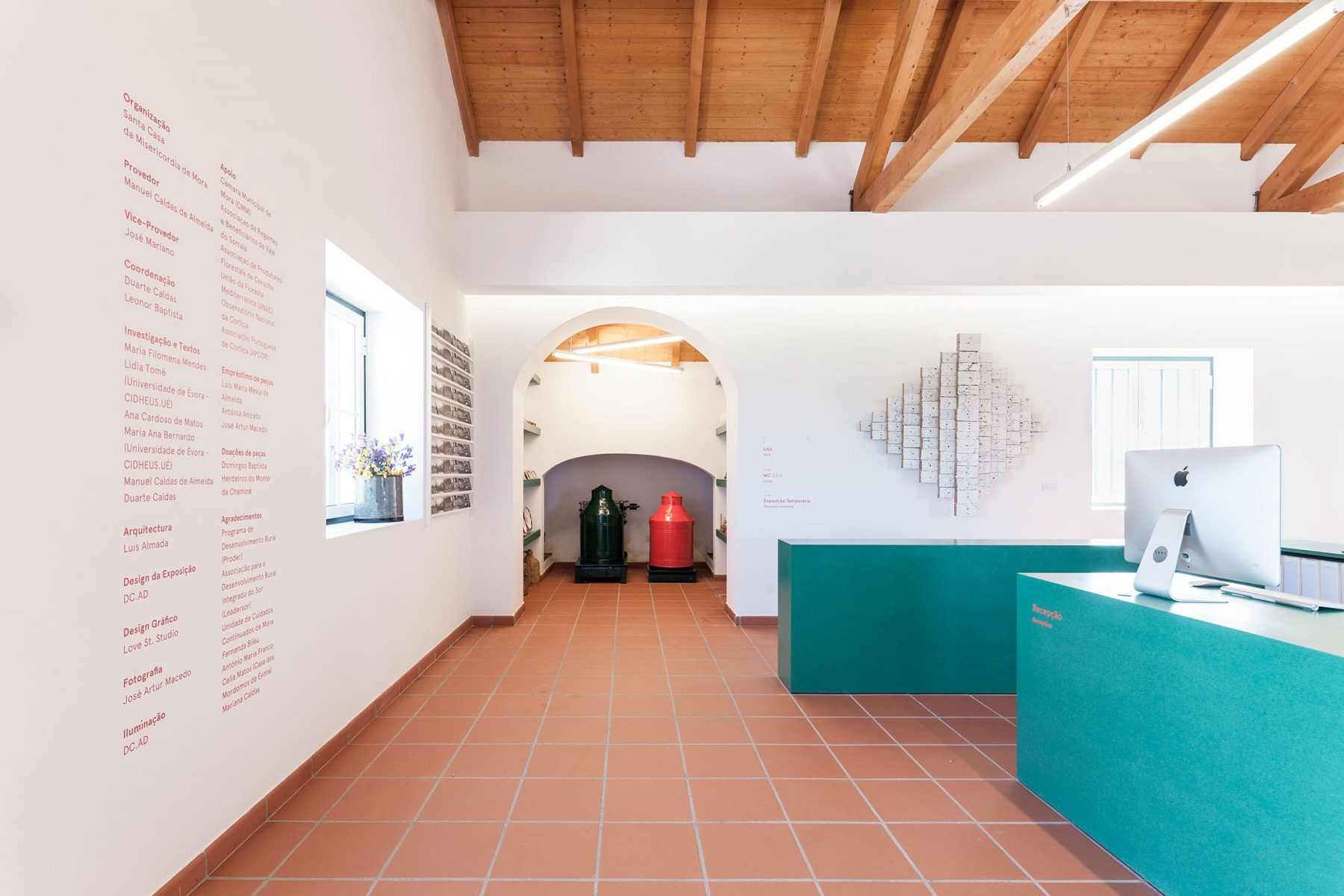 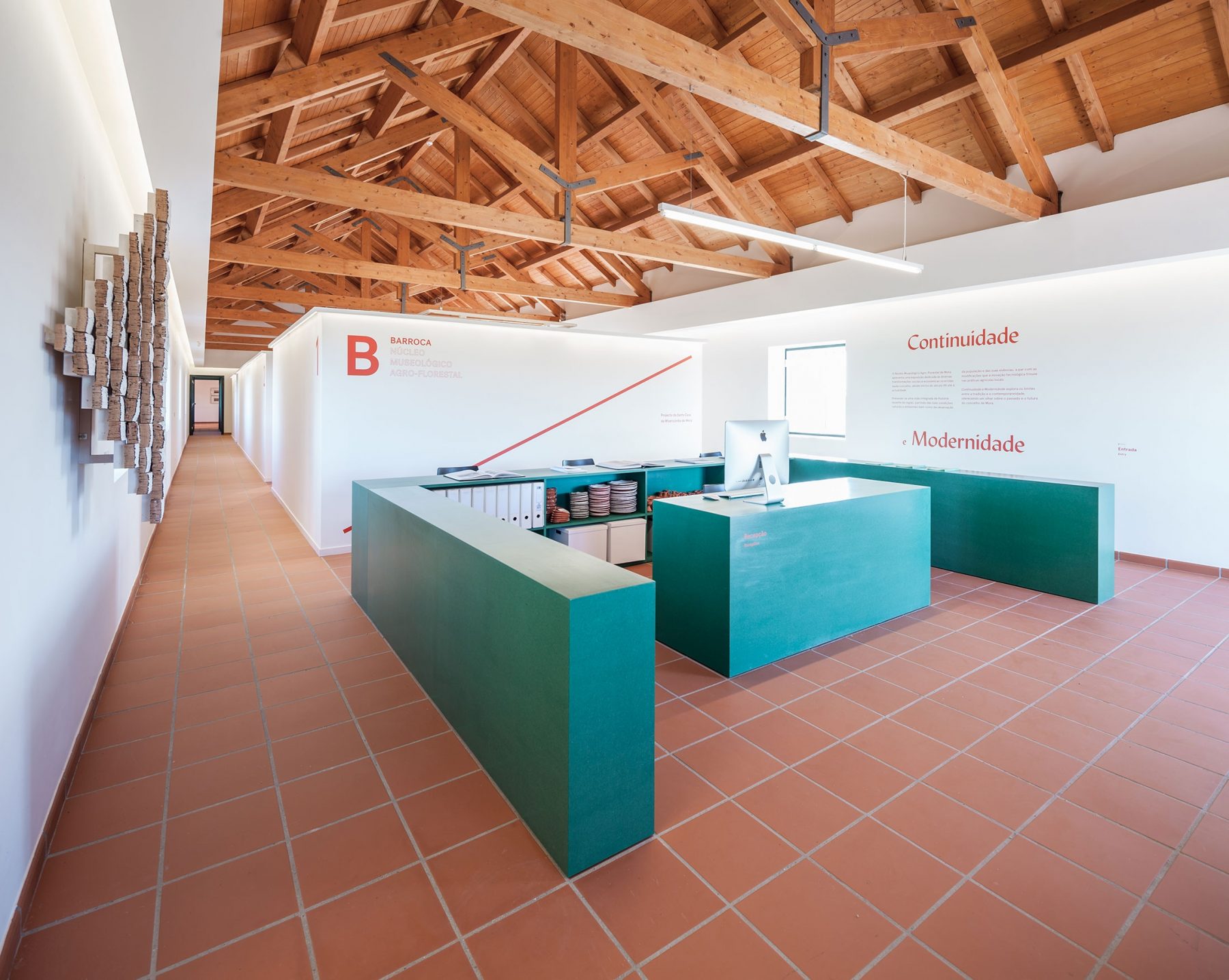 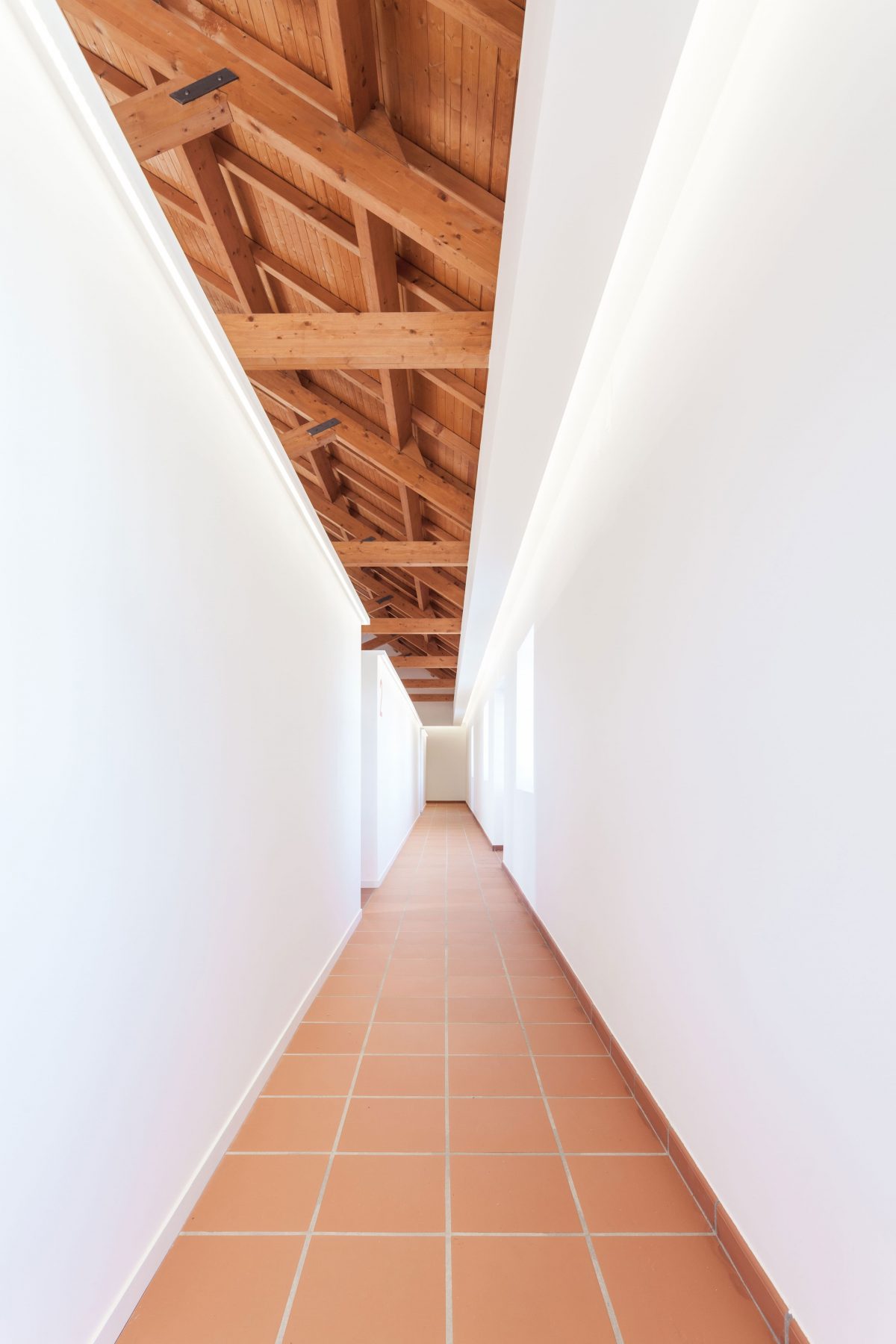 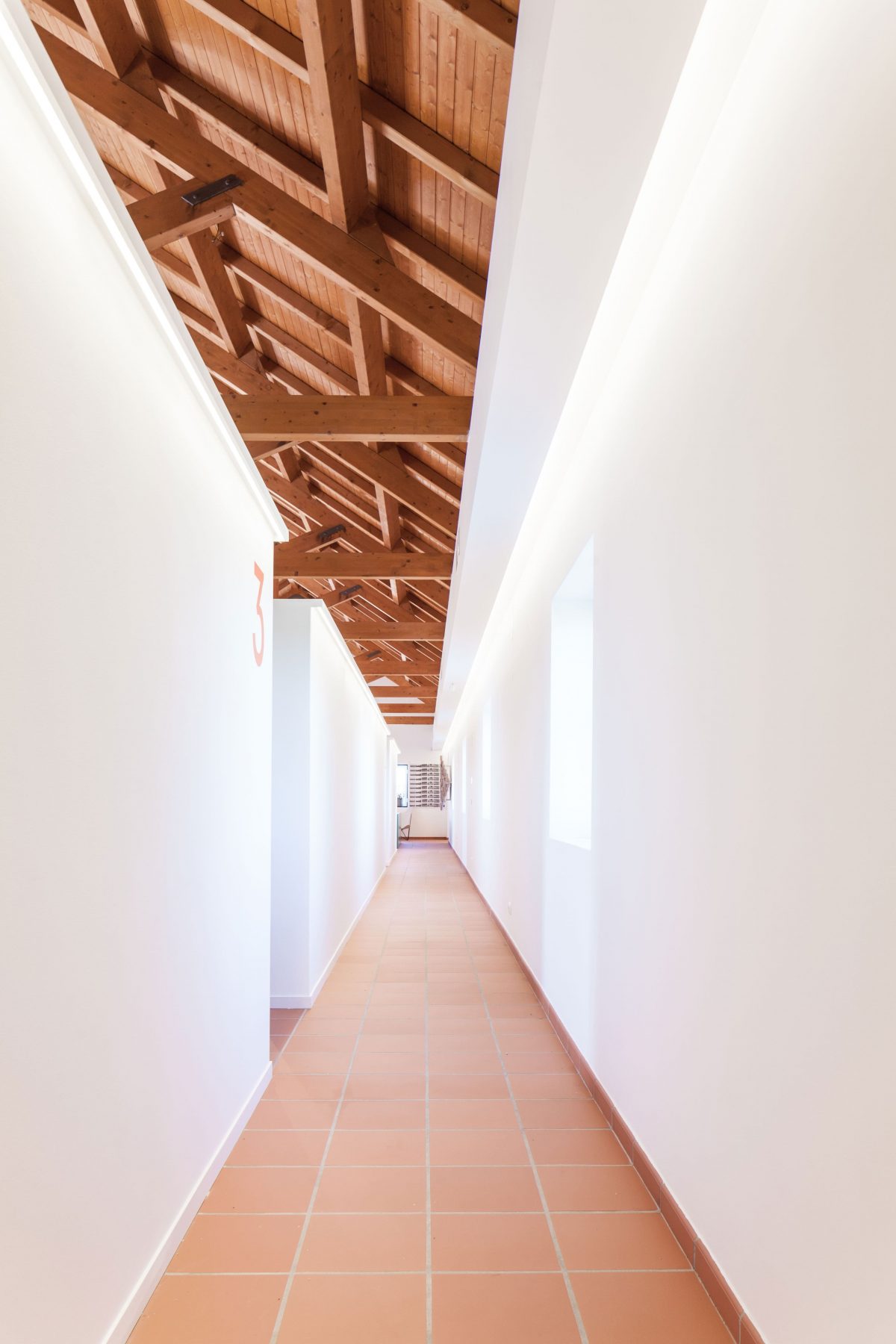 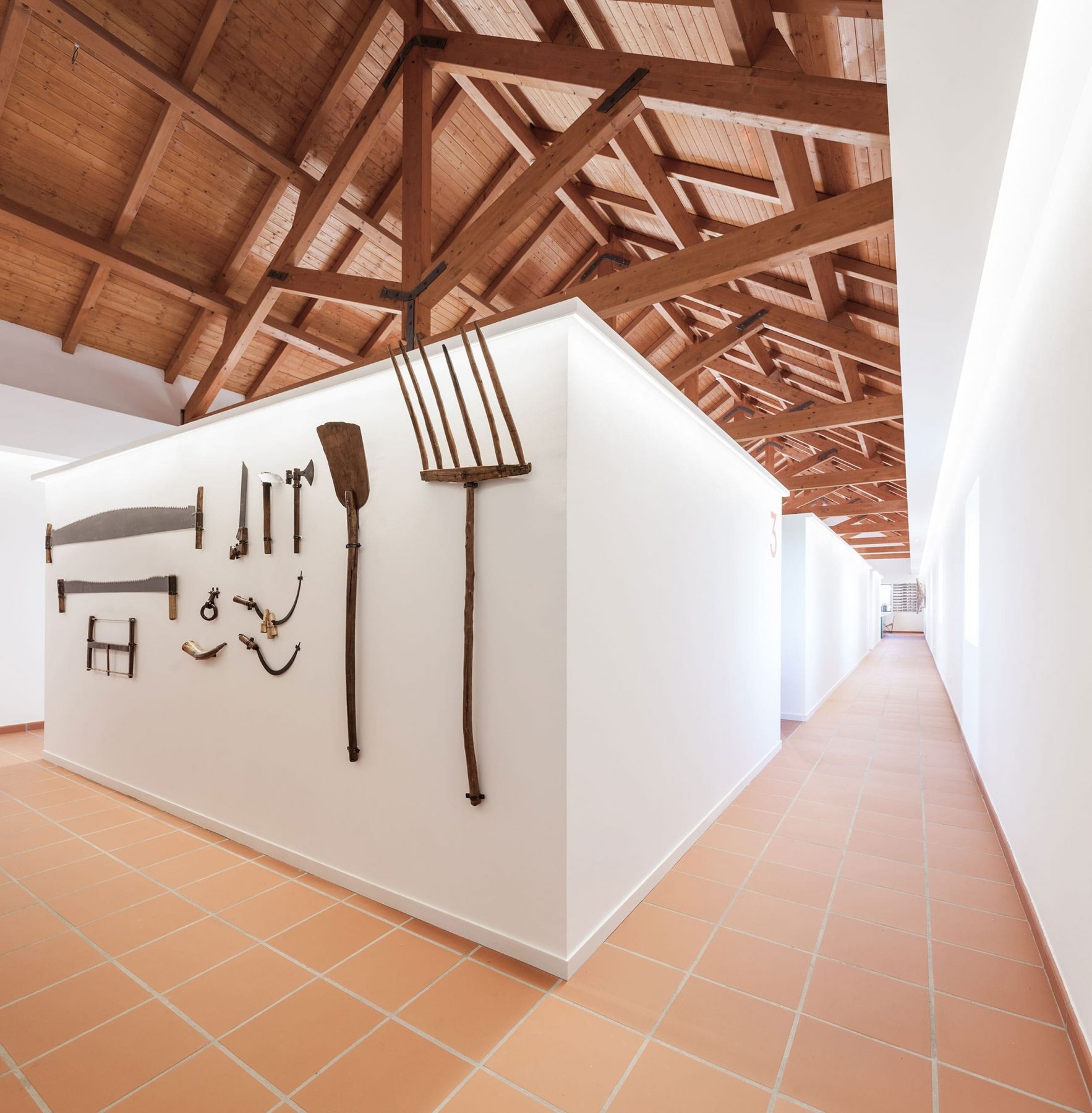 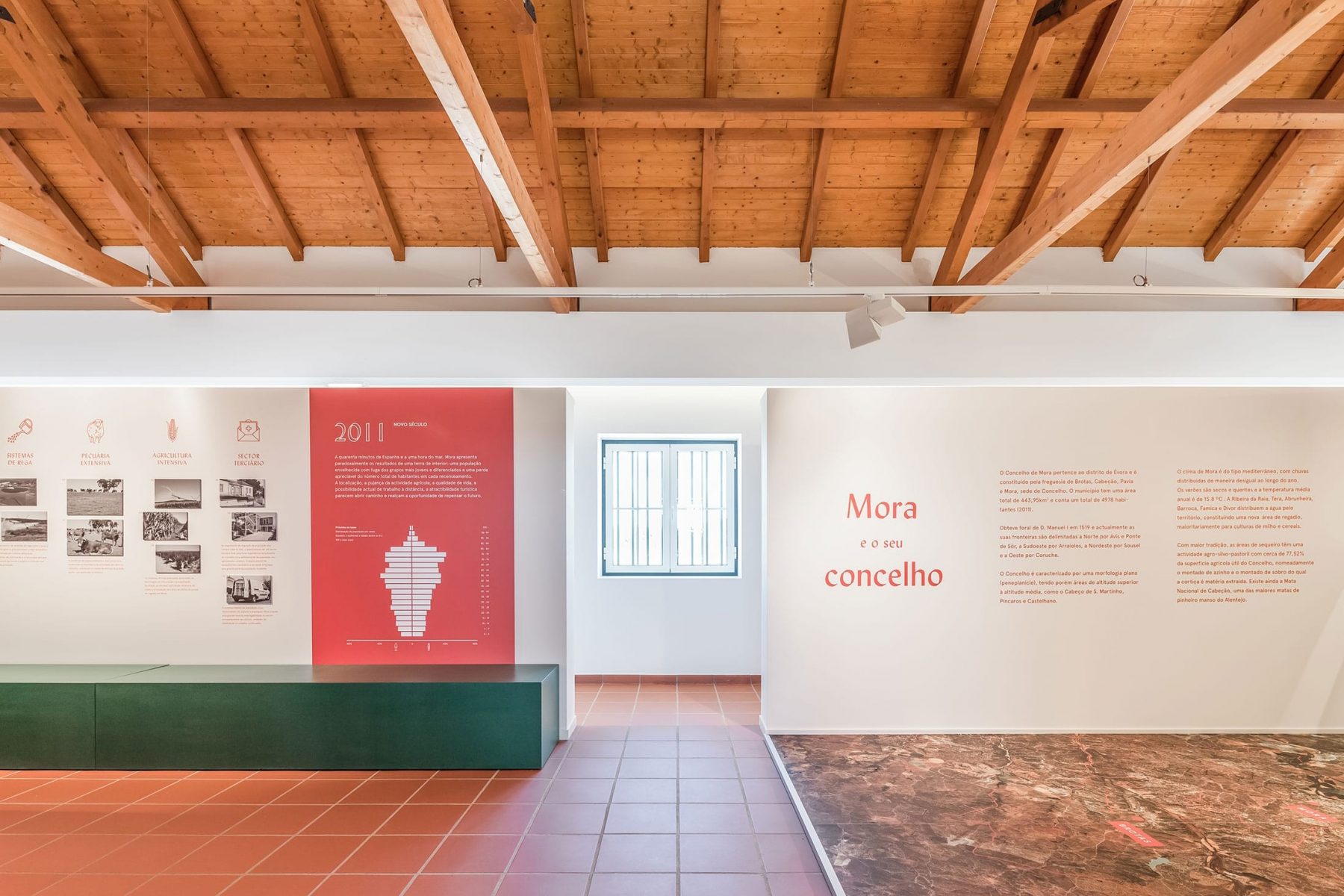 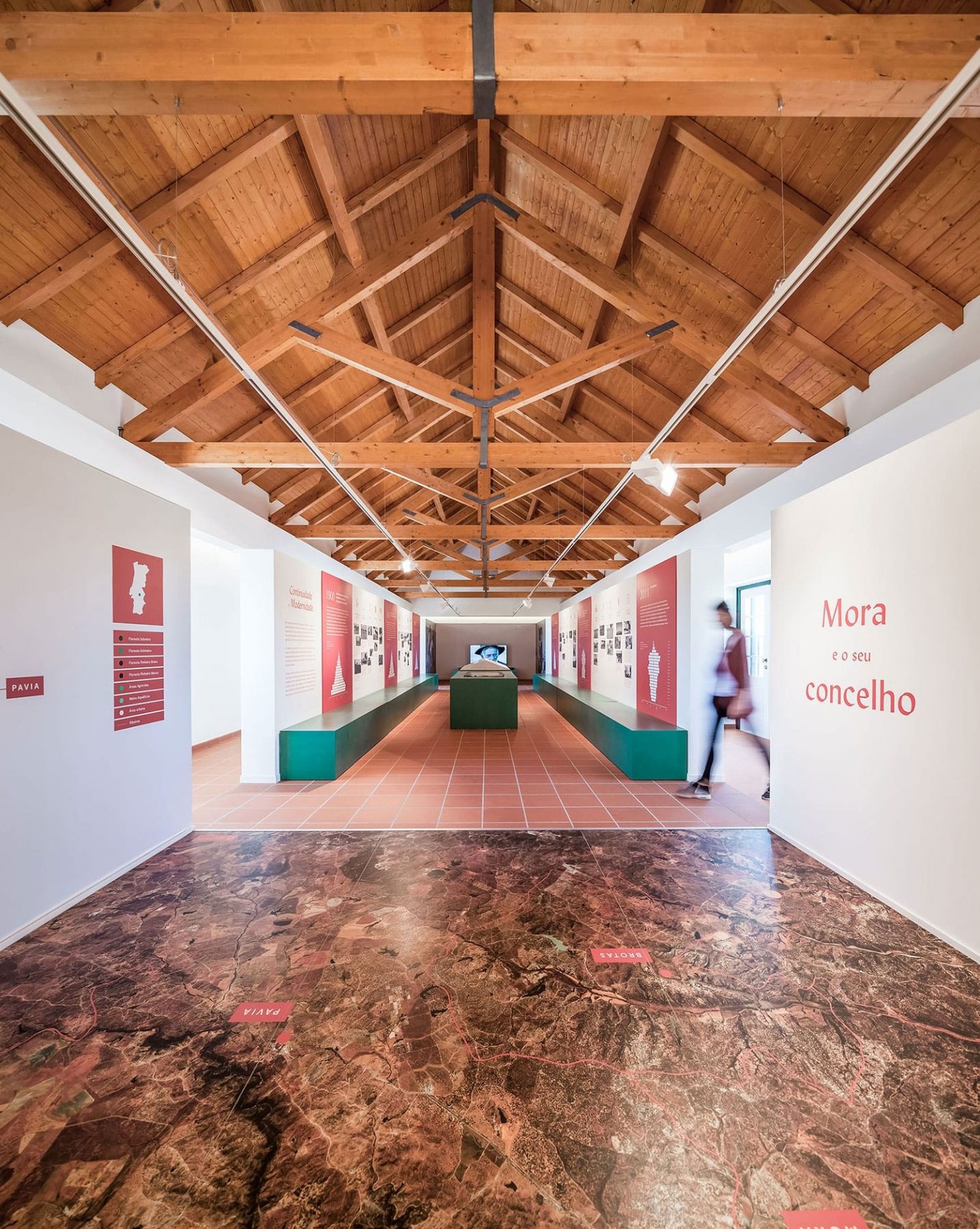 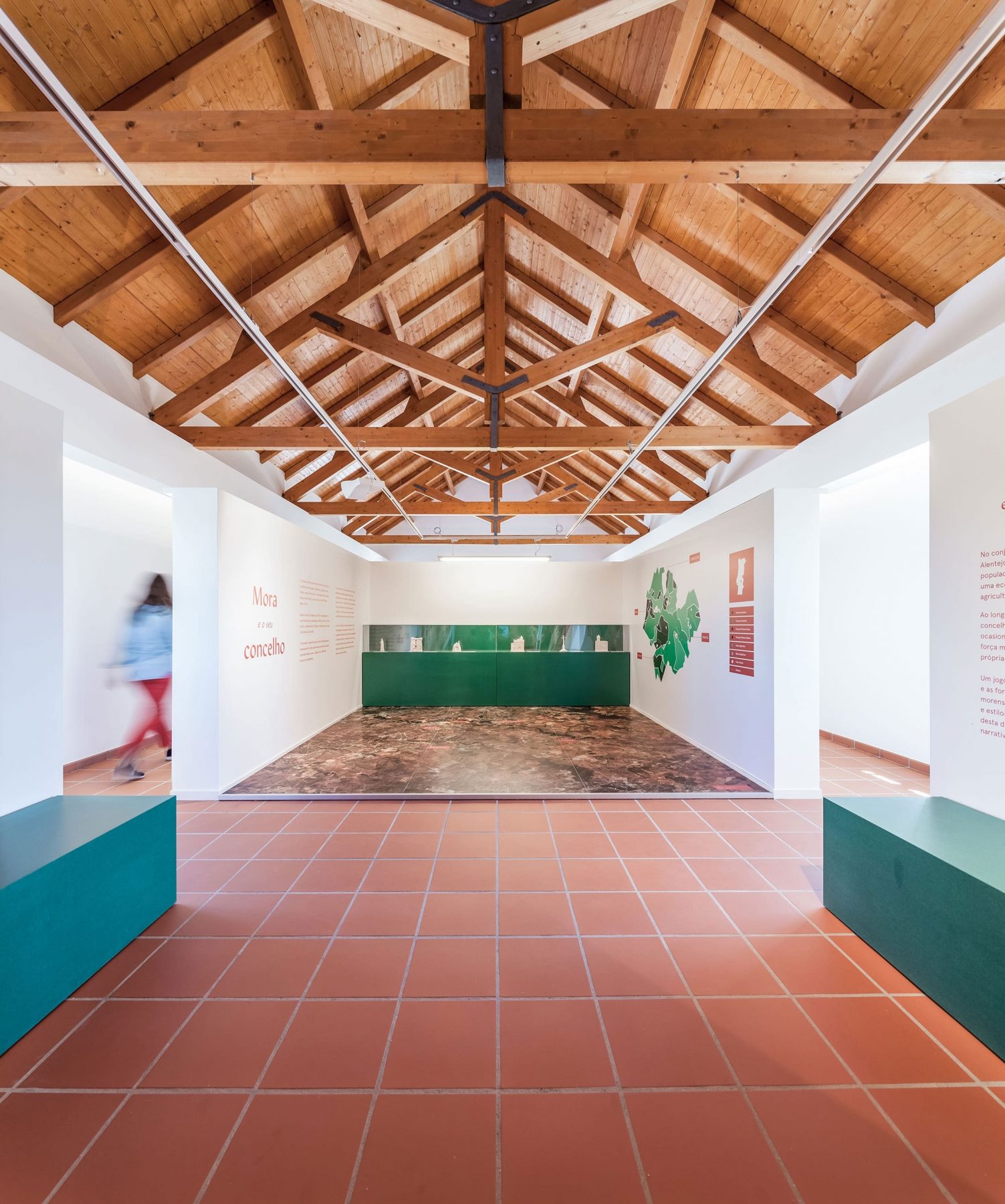 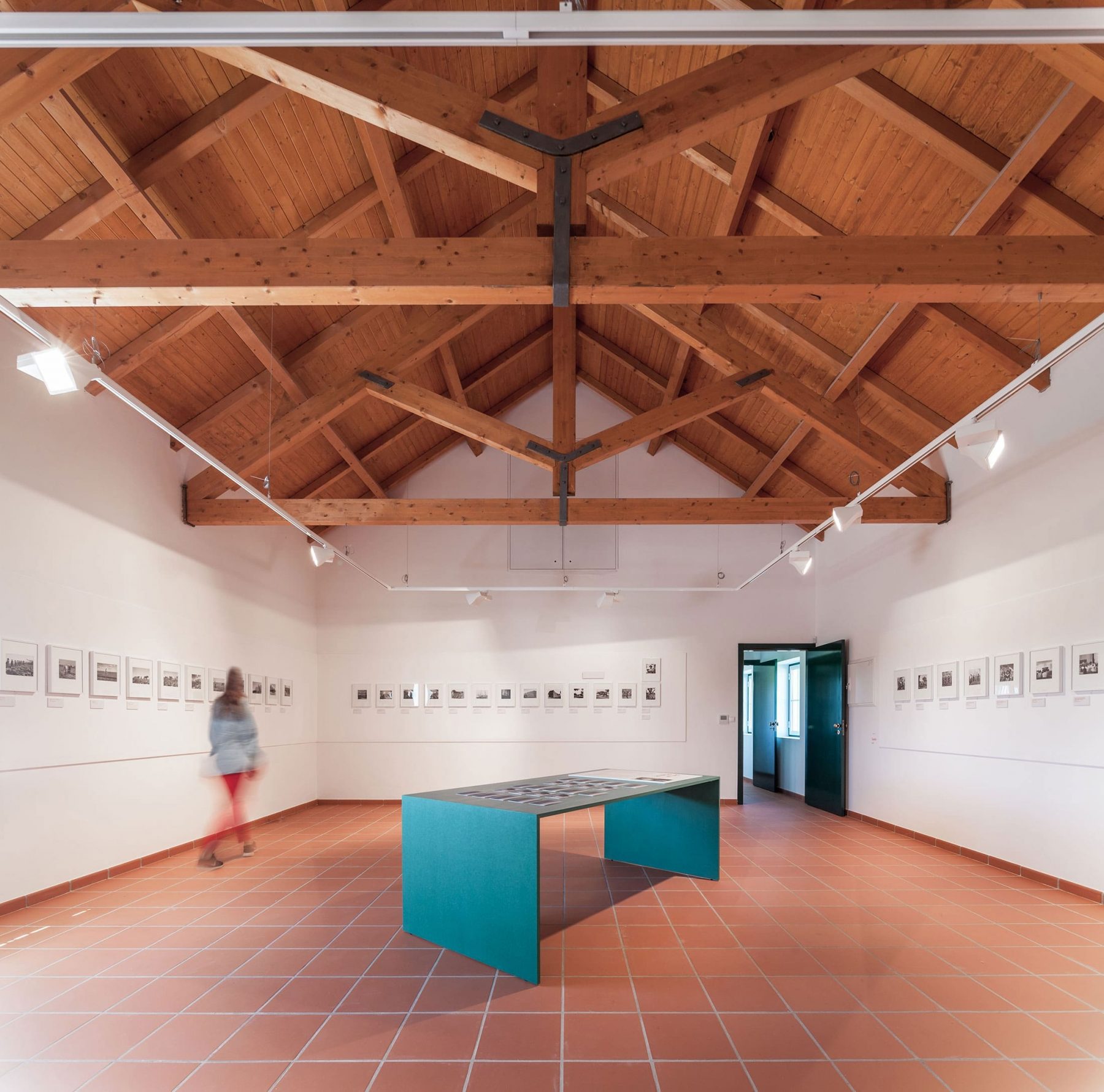 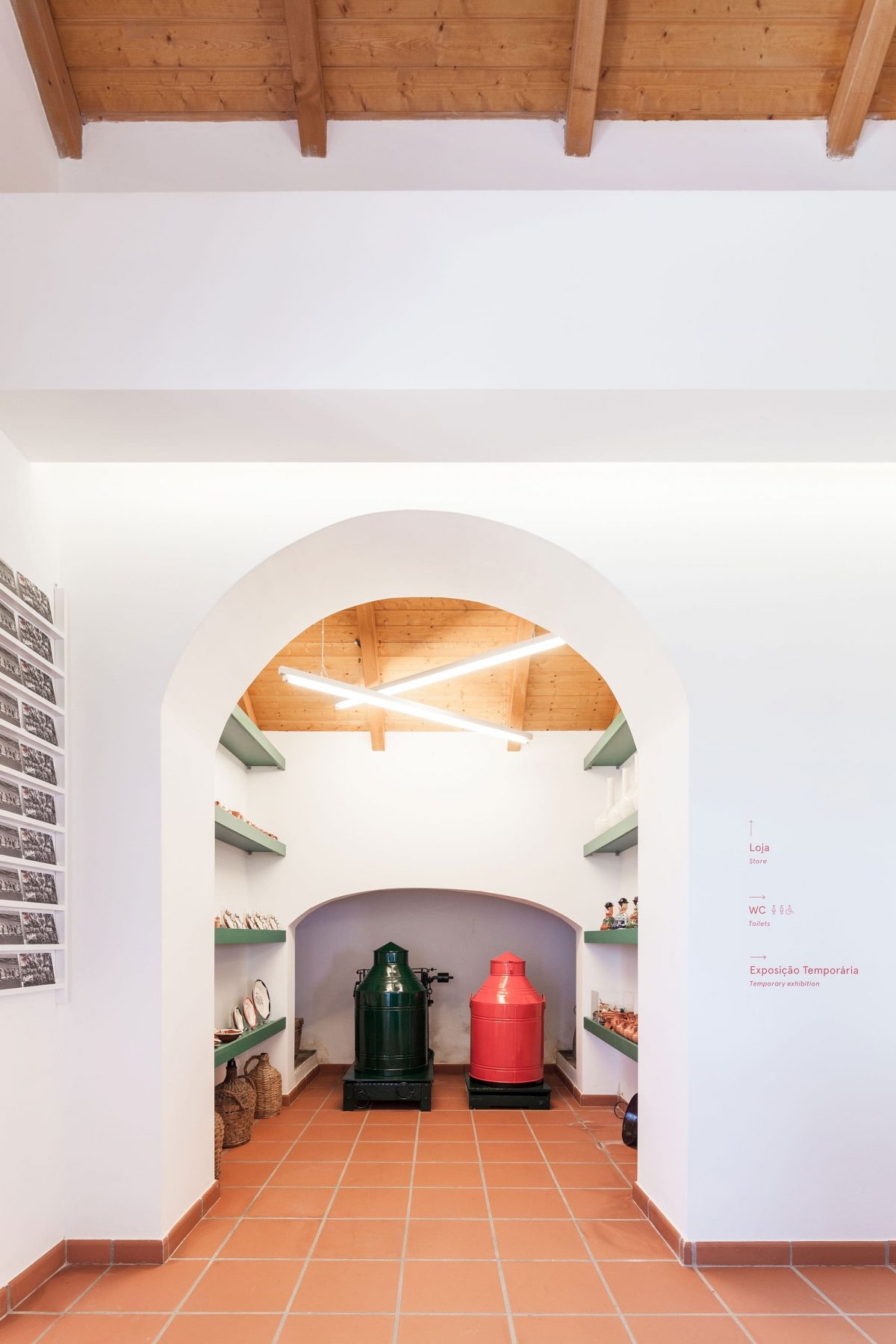 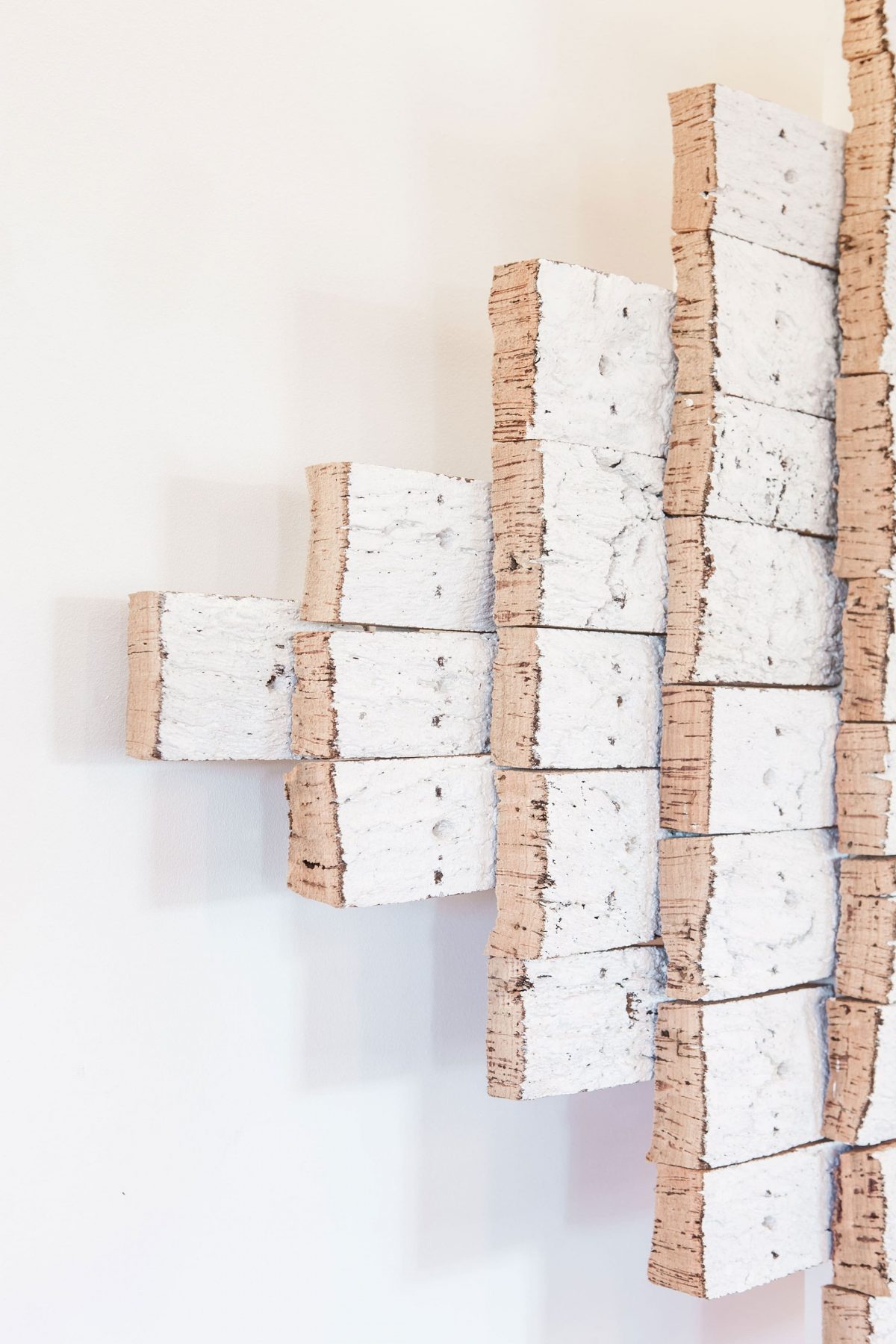 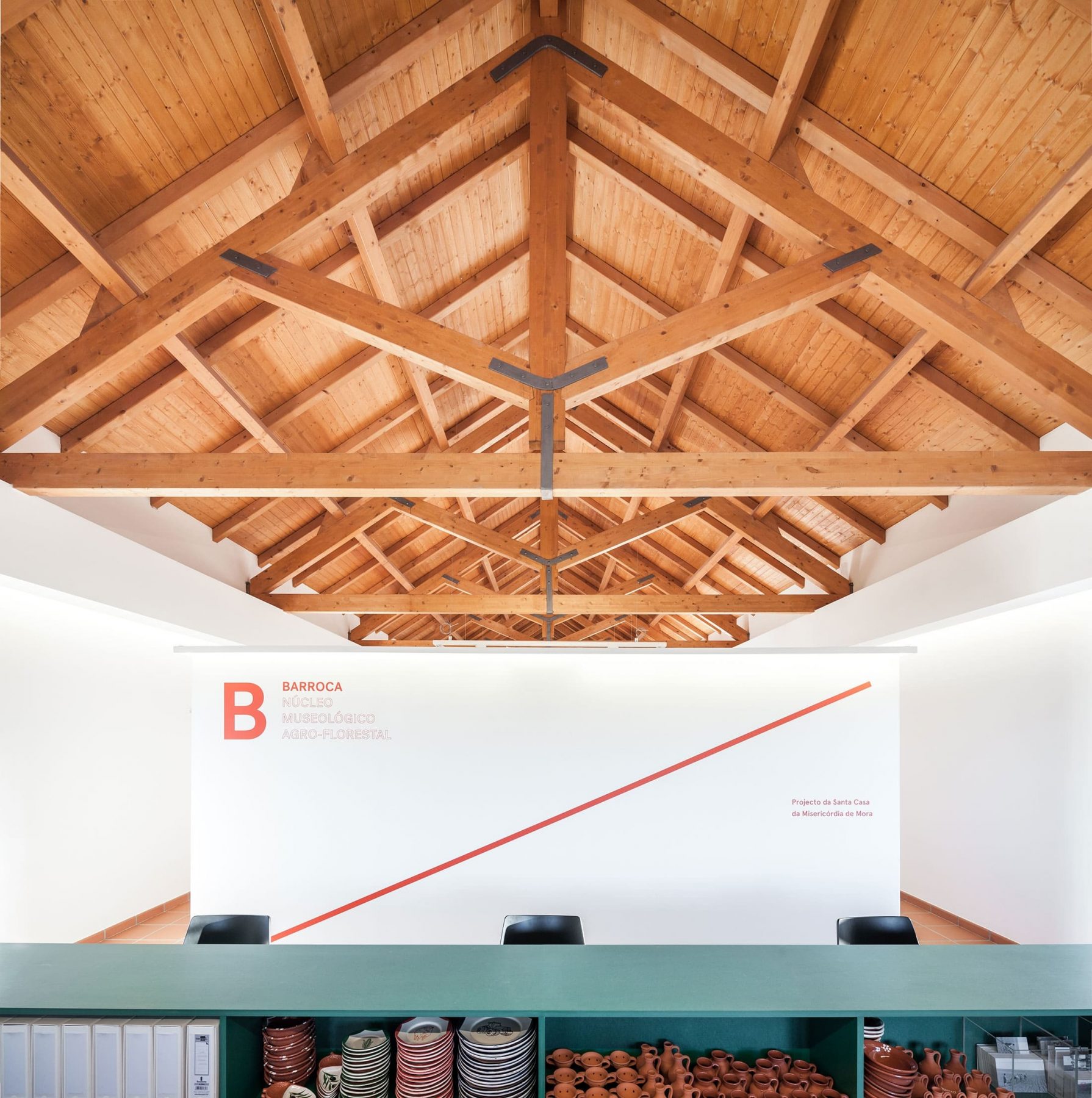 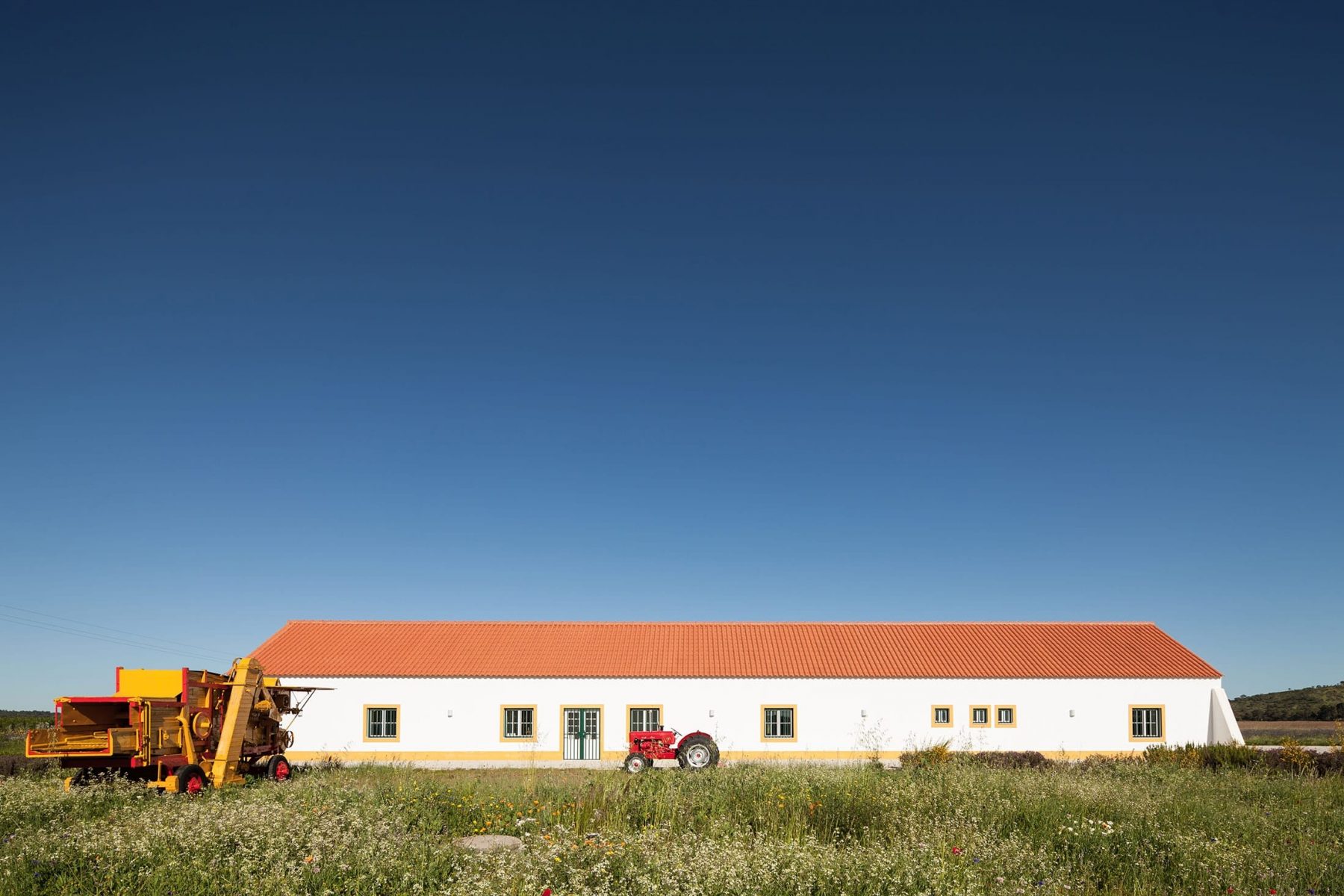