The Academia das Ciências project involved the rehabilitation of a 70m2 apartment located in the historical center of Lisbon with the objective of leveraging its profitability as short-term rental accommodation.

The solutions proposed for the rehabilitation of the apartment stemmed from an analysis of the existing building within the framework of conserving and enhancing its built characteristics while harmoniously introducing the new infrastructures particularly needed due to the advanced state of degradation of the apartment.

The first point of interventions focused upon the complete requalification of the existing structure, which is defined by the perimeter walls of the apartment and by a transversal structural master wall. The project proposals extended to the rehabilitation of this structure through the consolidation of damaged plaster while maintaining the final finishing of its textured appearance as evidence of its past history. All the window openings were rescaled and replaced in a design similar to the original so as to enable homogeneity in the reading of the inner and outer elevations.

In a second phase, the project applied a wooden wainscot, smooth and painted white, in order to contrast with the roughness of the existing walls. This feature follows the height of the window parapets while running the entire perimeter of the house, thereby resolving both the finishing of the flooring with the wall and the bedheads, door jambs, and even to the construction of a working table in the living room.

This also incorporated a new addition, strategically located in the center of the house, to function as a buffer between the private areas and the social zones, containing the house’s functional infrastructures: a kitchen and two bathrooms. This piece is composed of a mono-material volume that stands out for its colorful finishing in contrast with the existing walls. This moment is furthermore emphasized by the difference in the ceiling height within, clearly demarcating the sensation of transition between the living area and the bedrooms. While dividing the living rooms, the placement of four pivotal panels enables both the circulation to flow and the permeability of light between the northern and southern extremes of the apartment in addition to facilitating independent access to the bathrooms for both of these areas.

The project thus foresaw a simple gesture in the requalification of that existing combined with the addition of a contemporary volume. This correspondingly strove to ensure a coherent interconnection between the existing built structure and the new additions necessary to its utilization within a balanced conjugation between the past and the present. 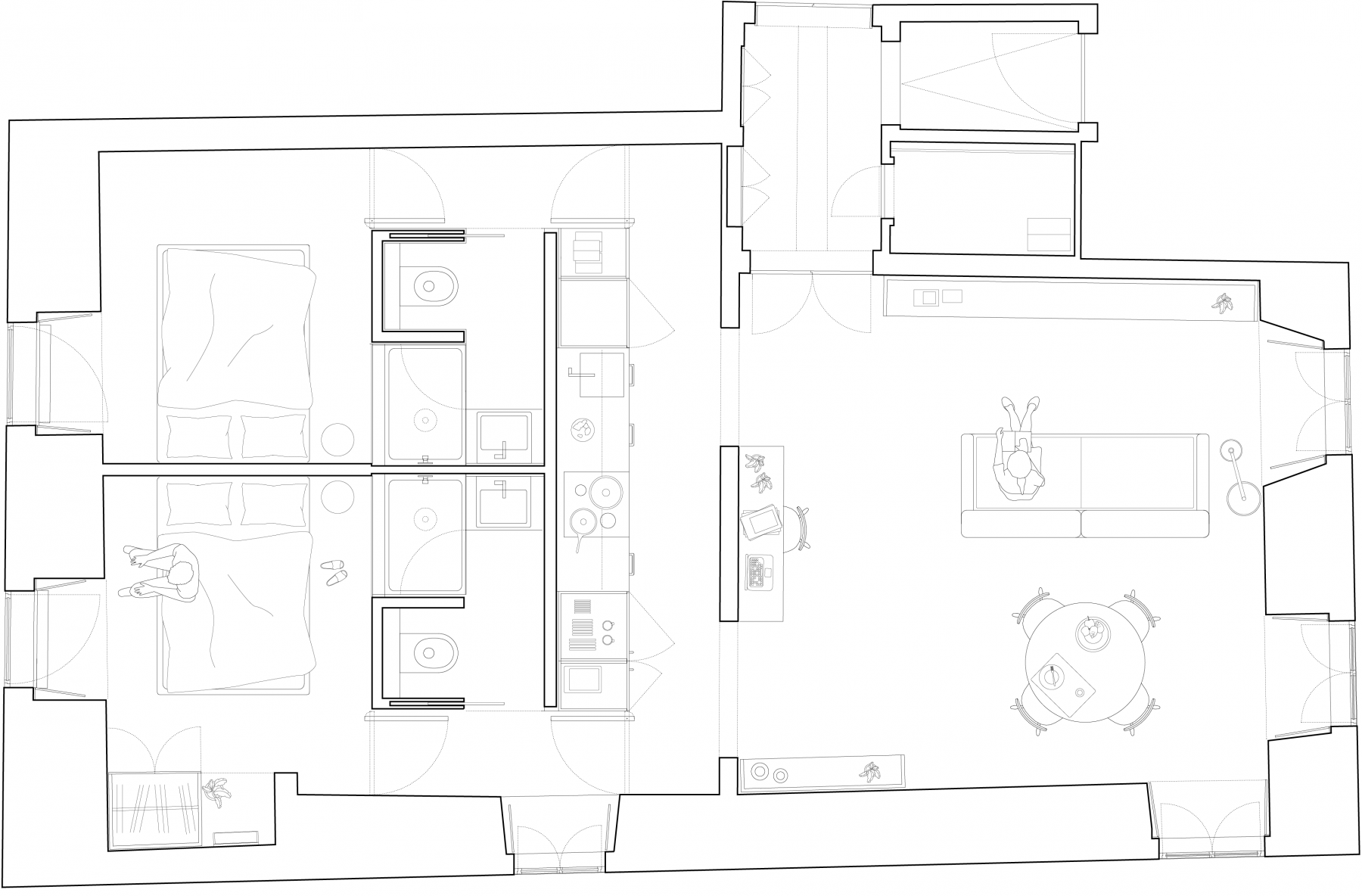 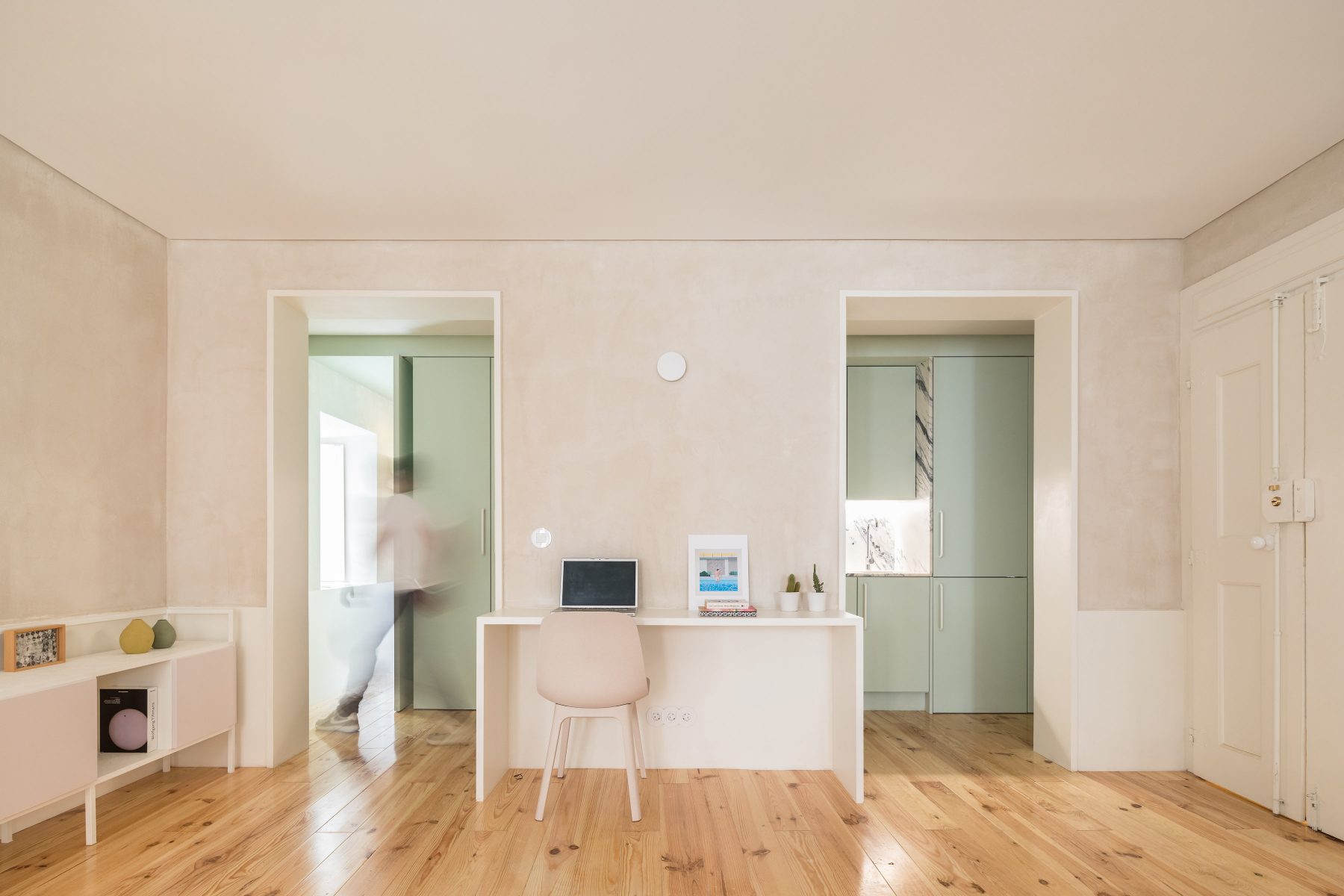 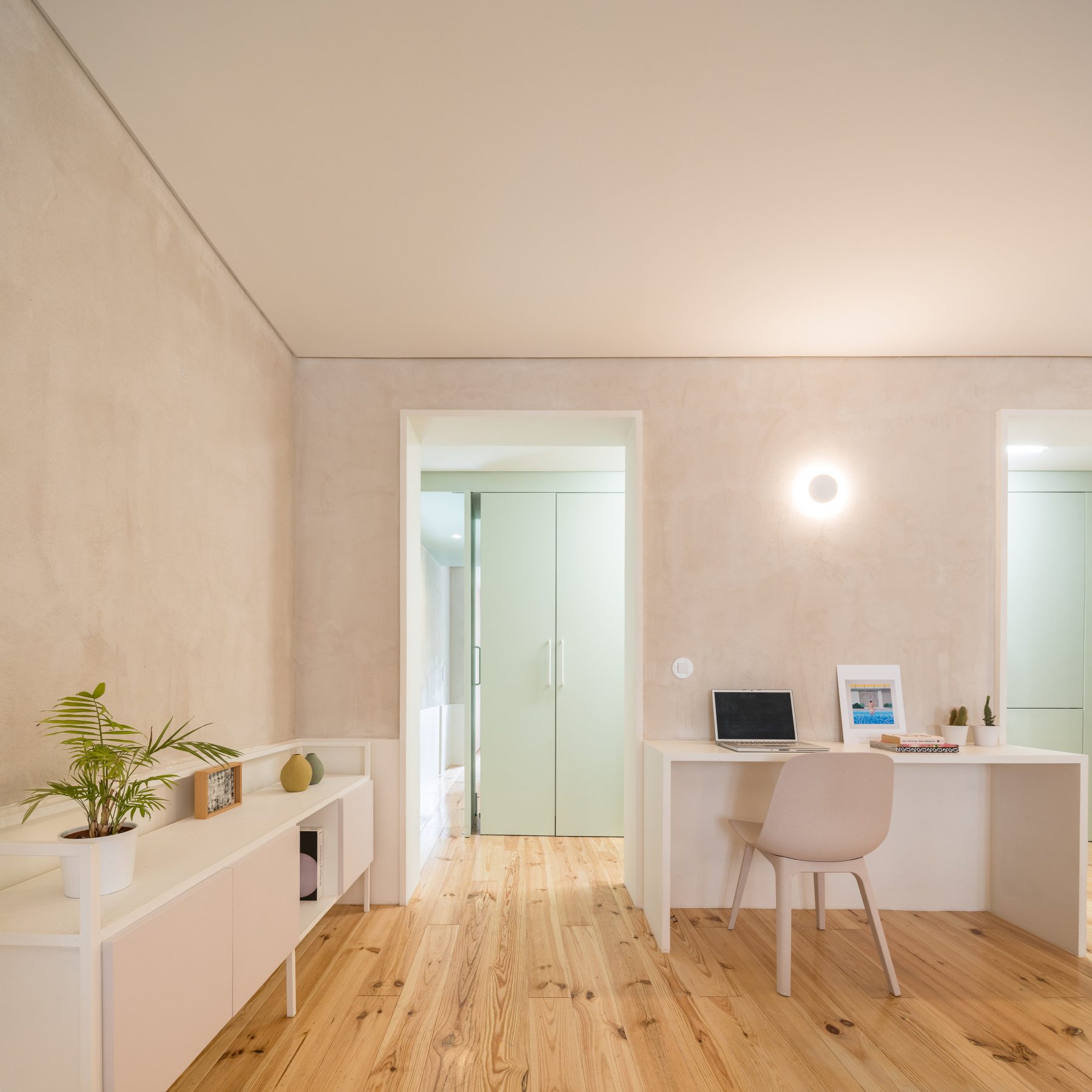 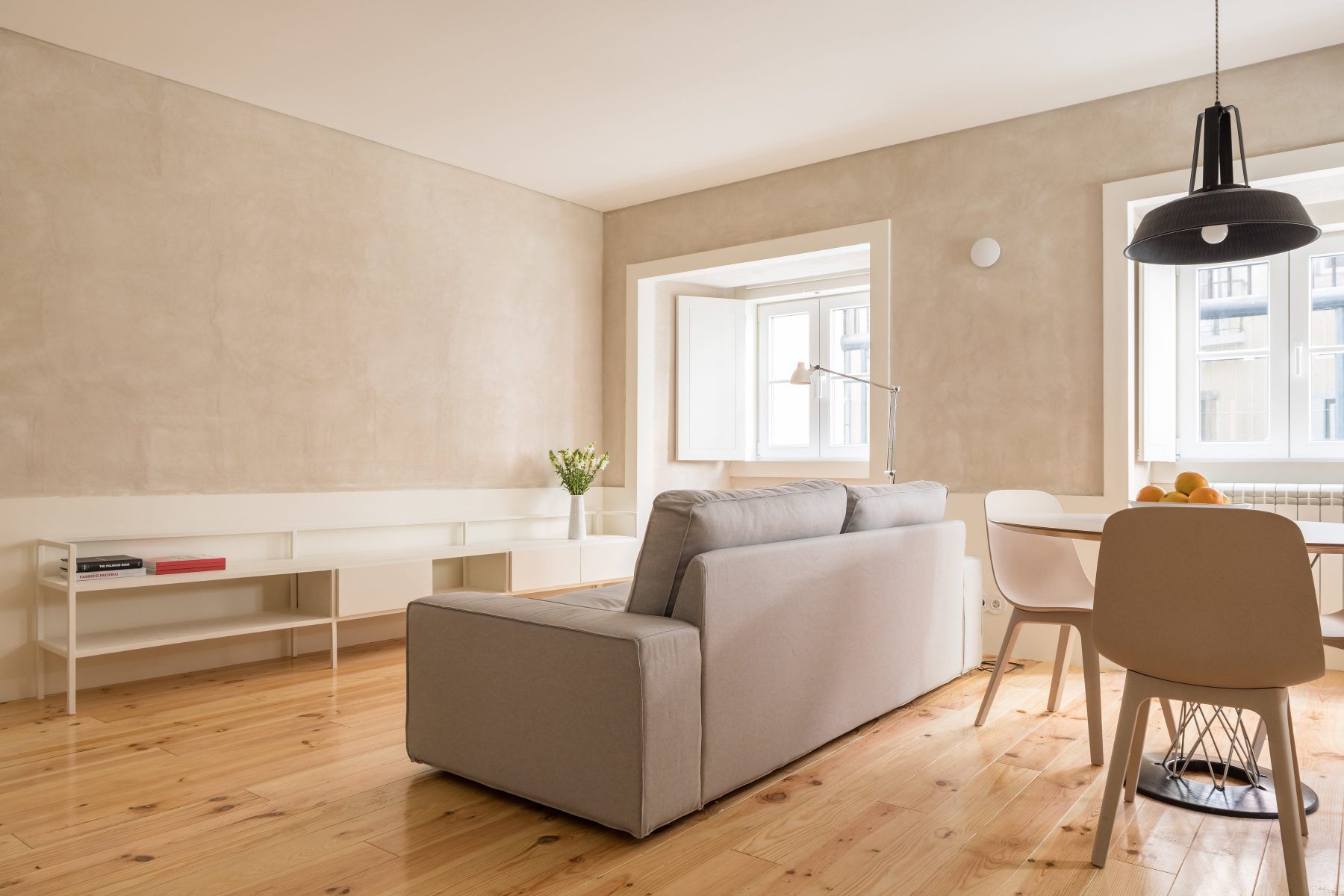 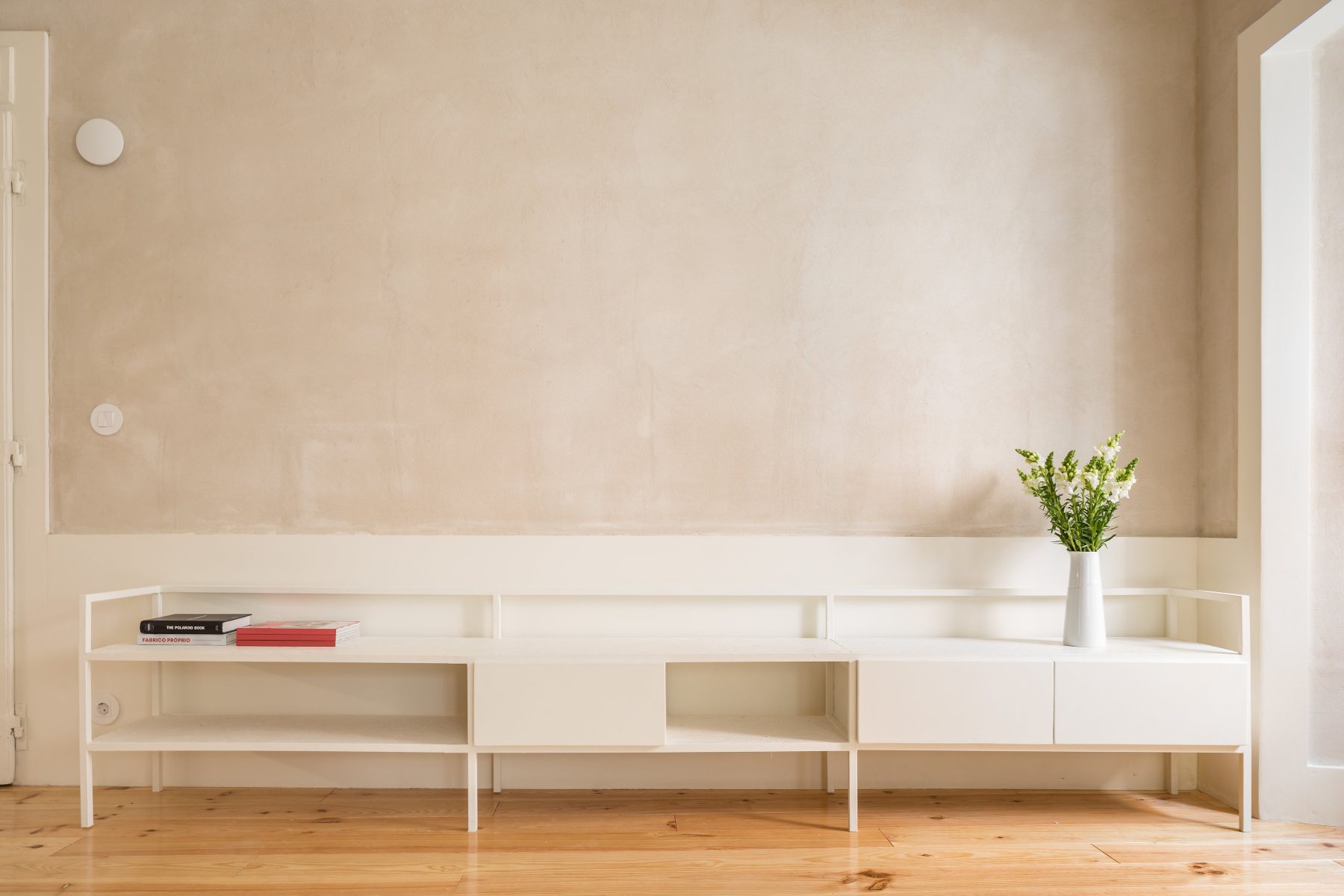 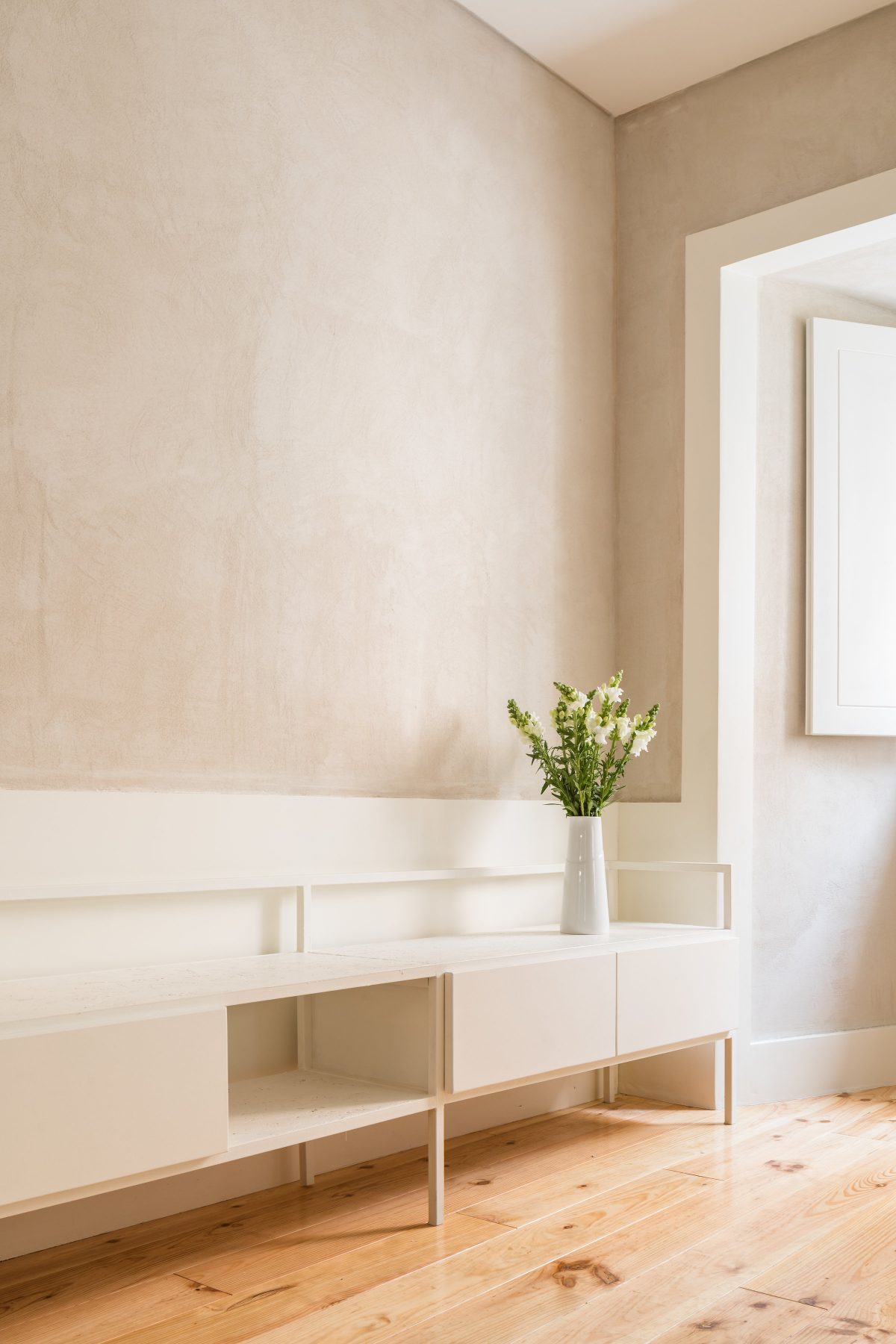 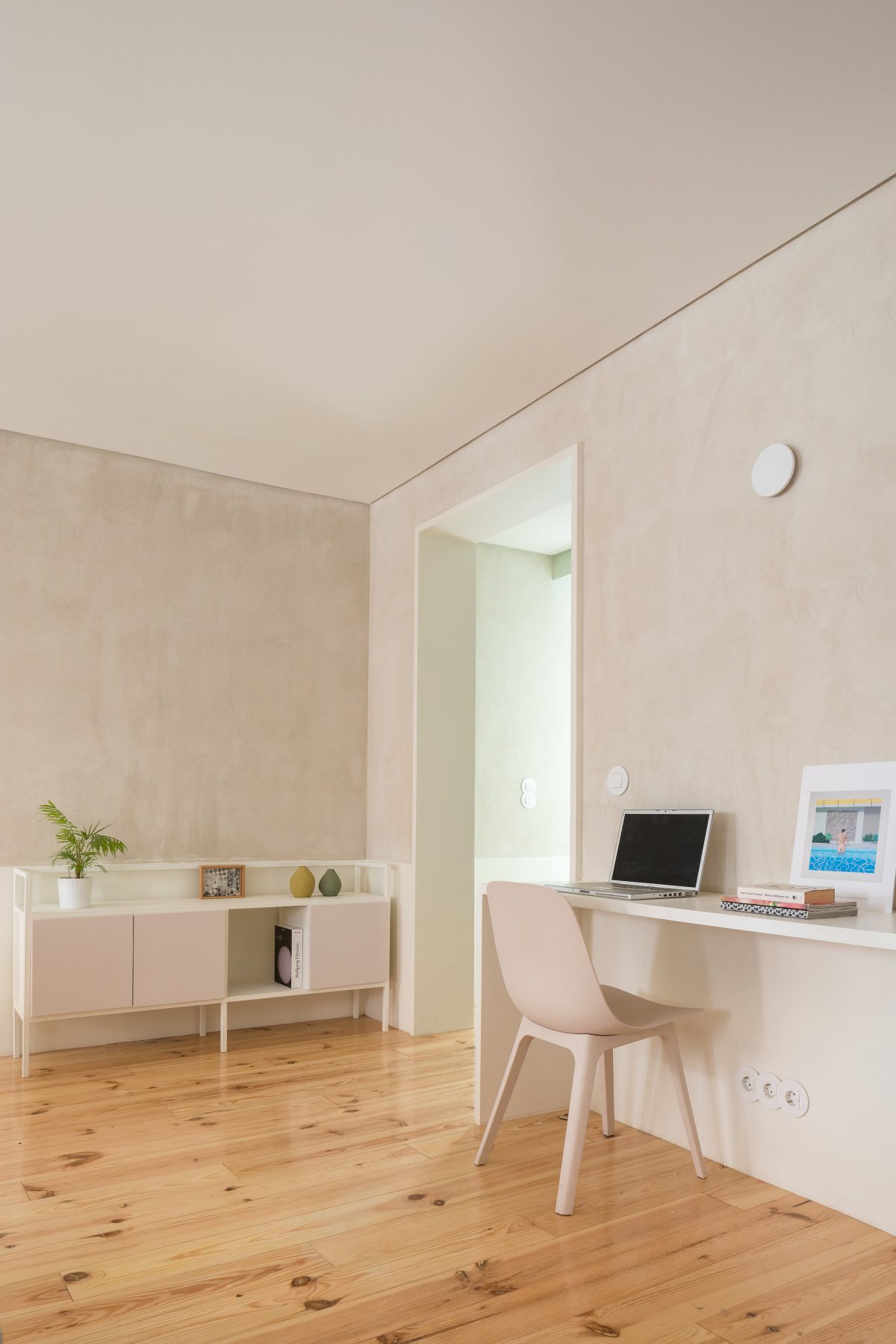 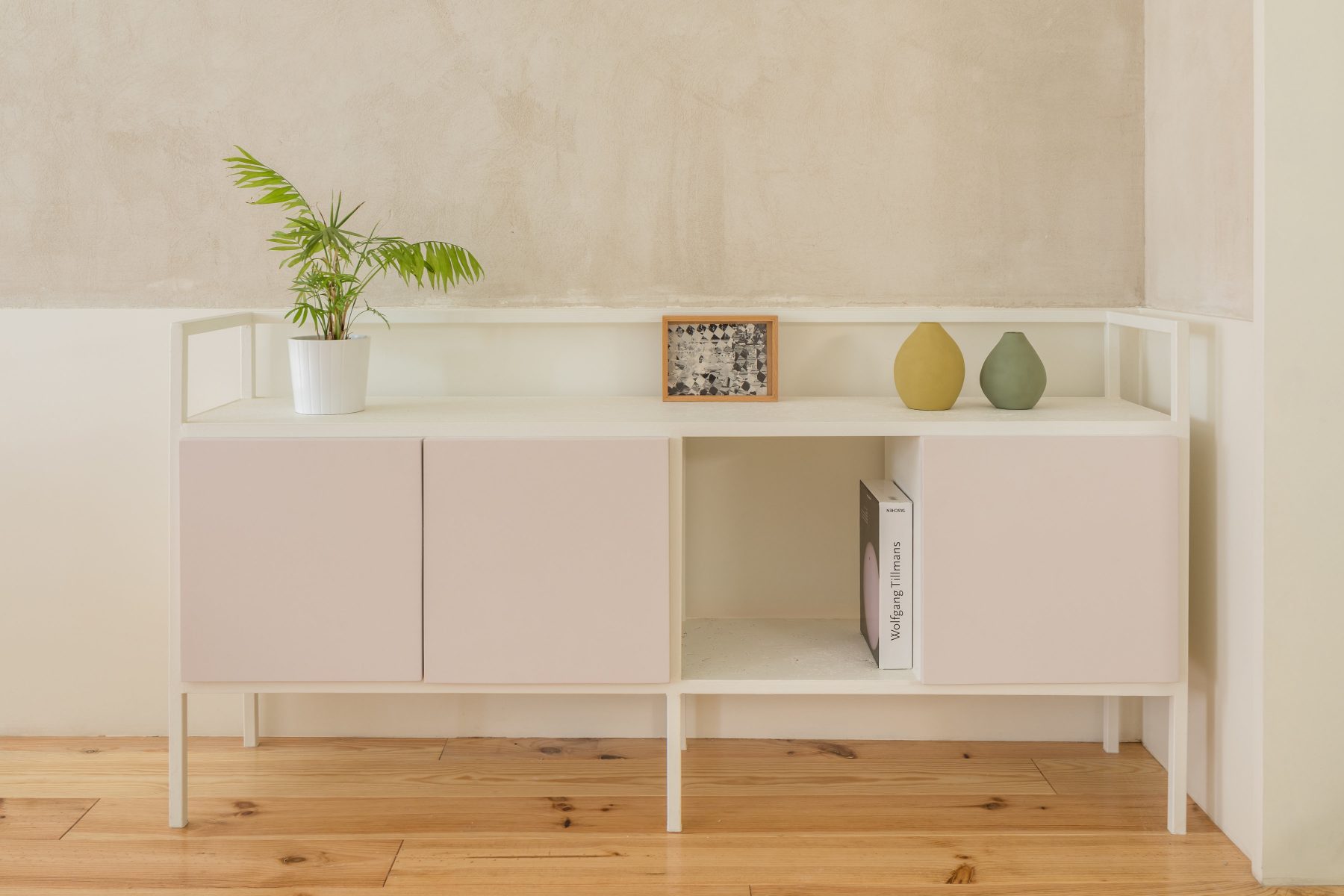 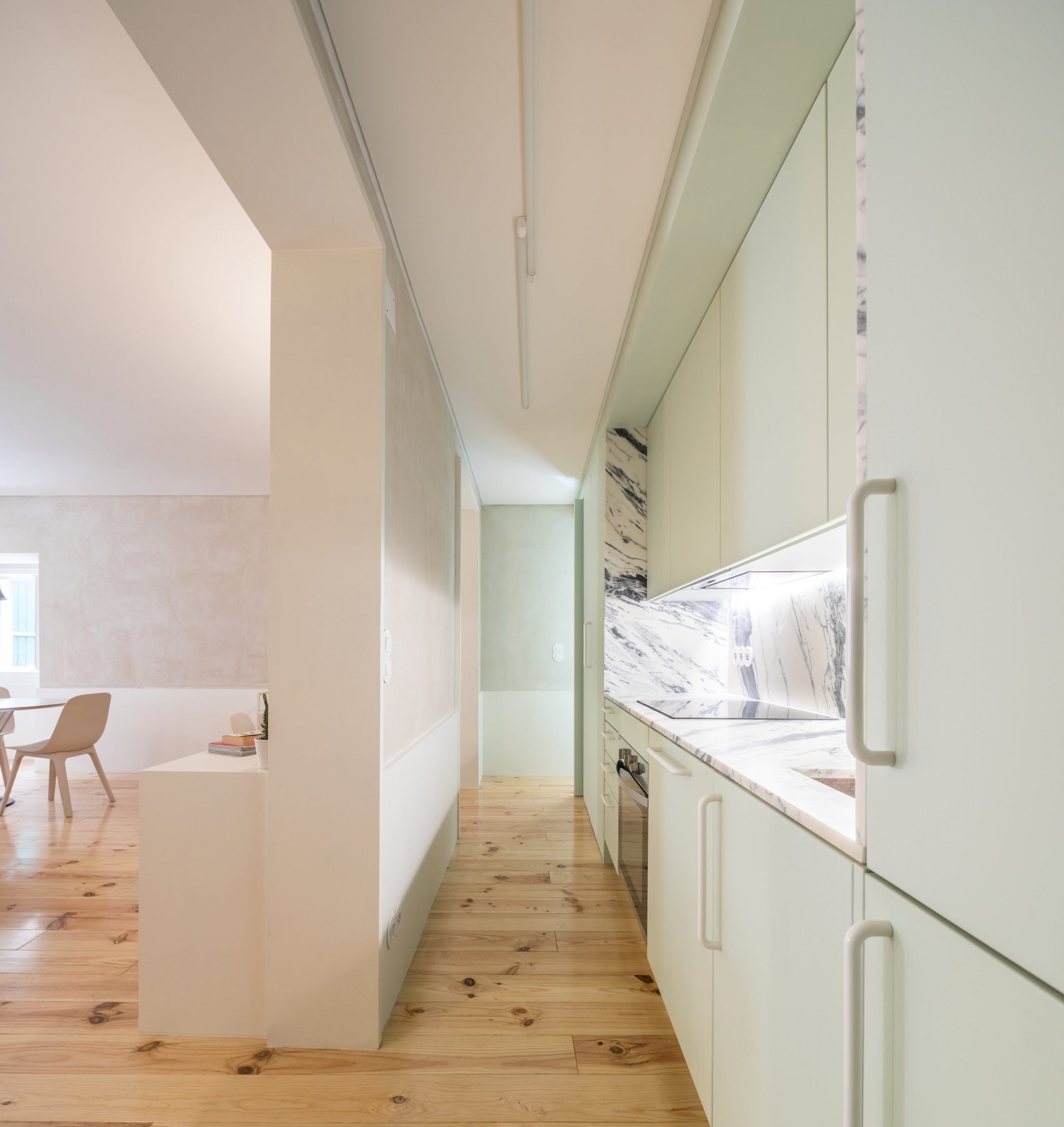 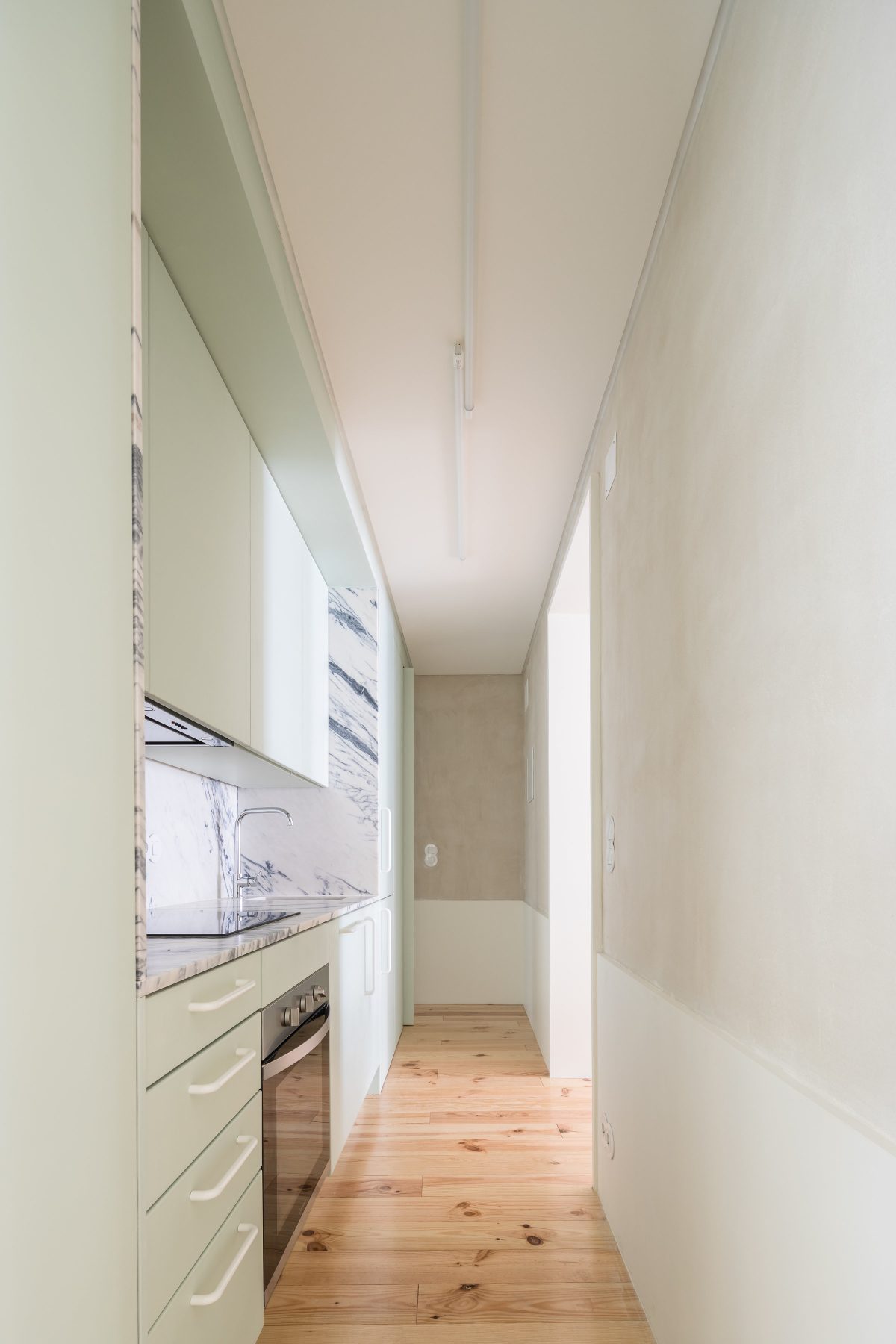 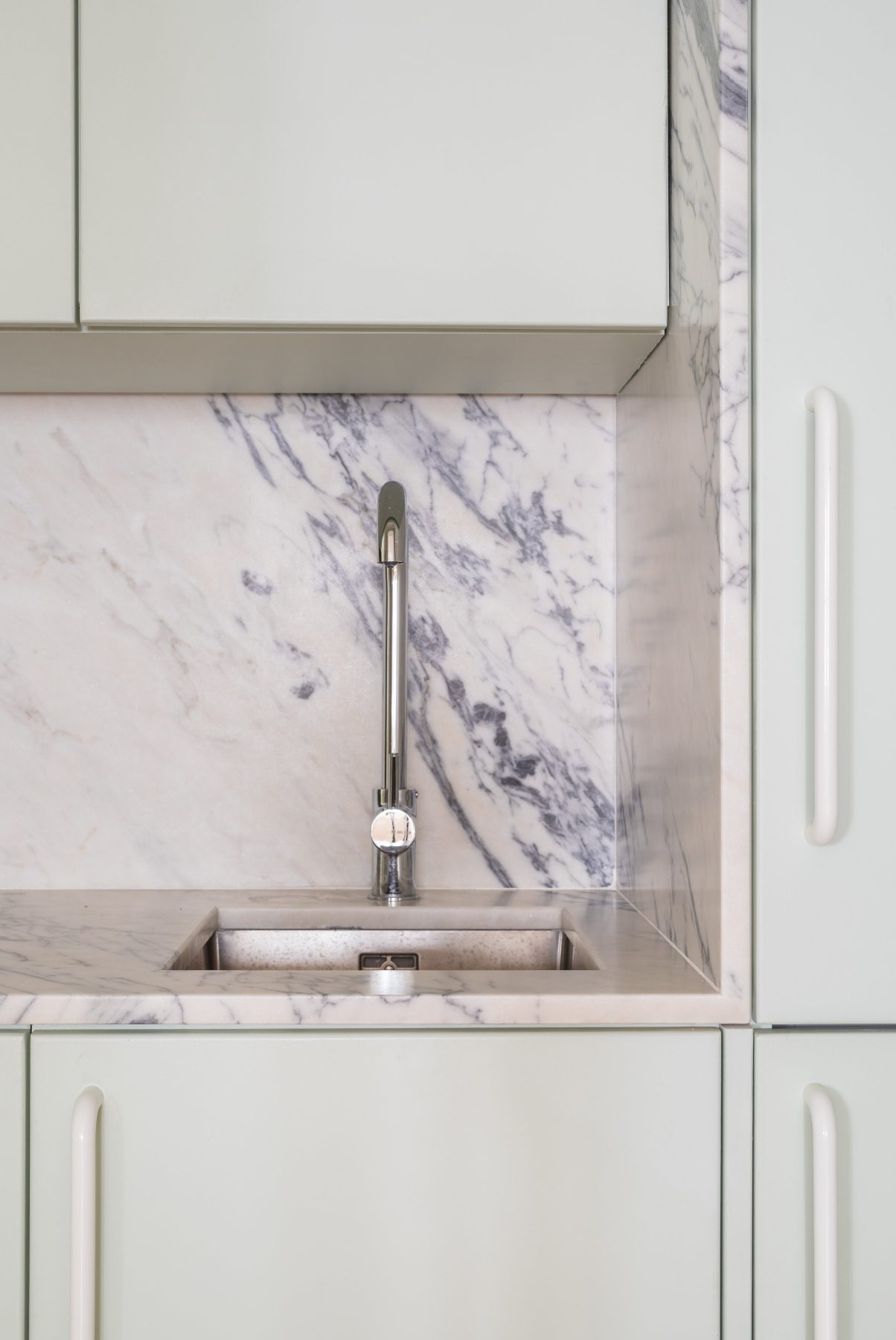 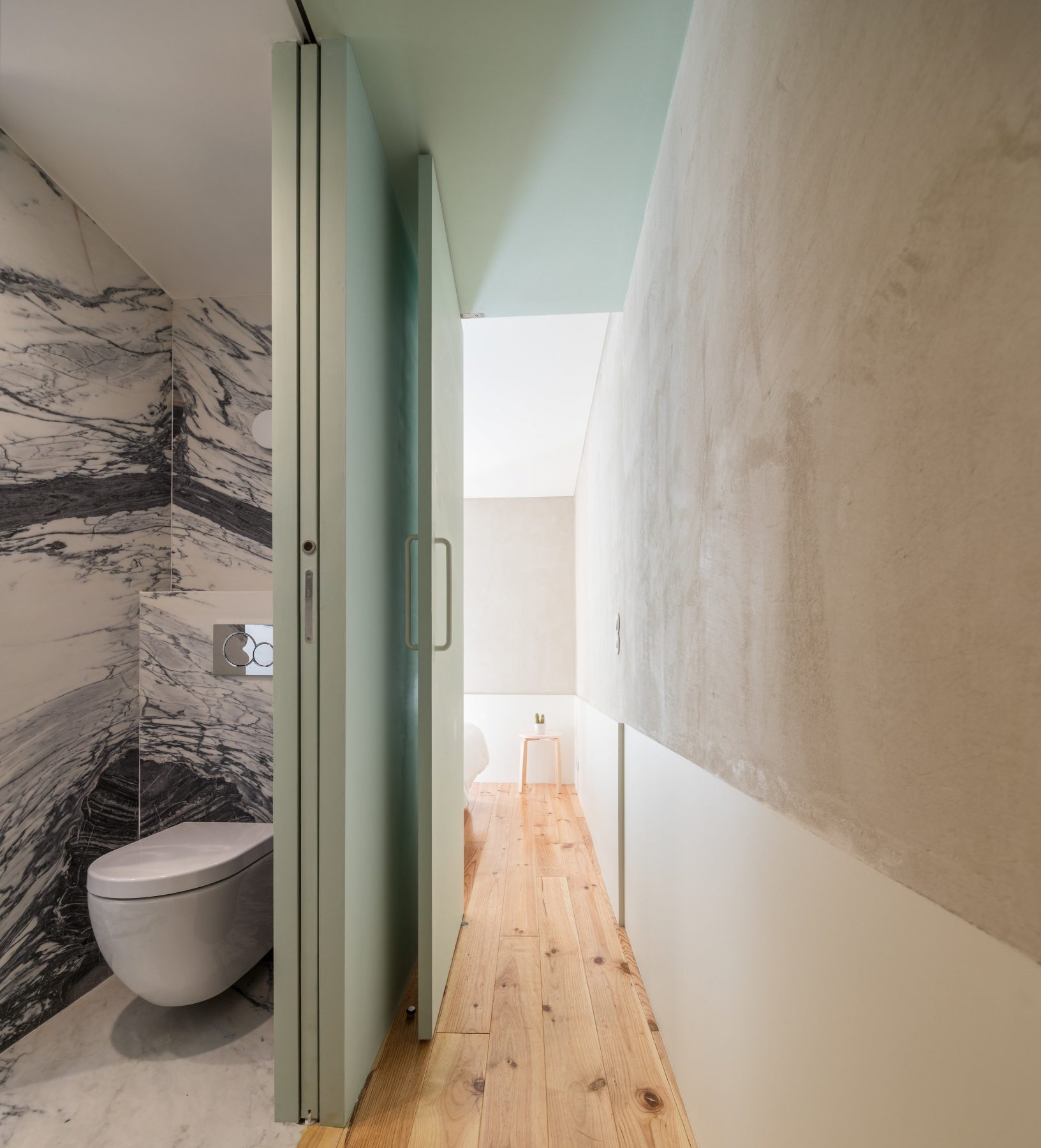 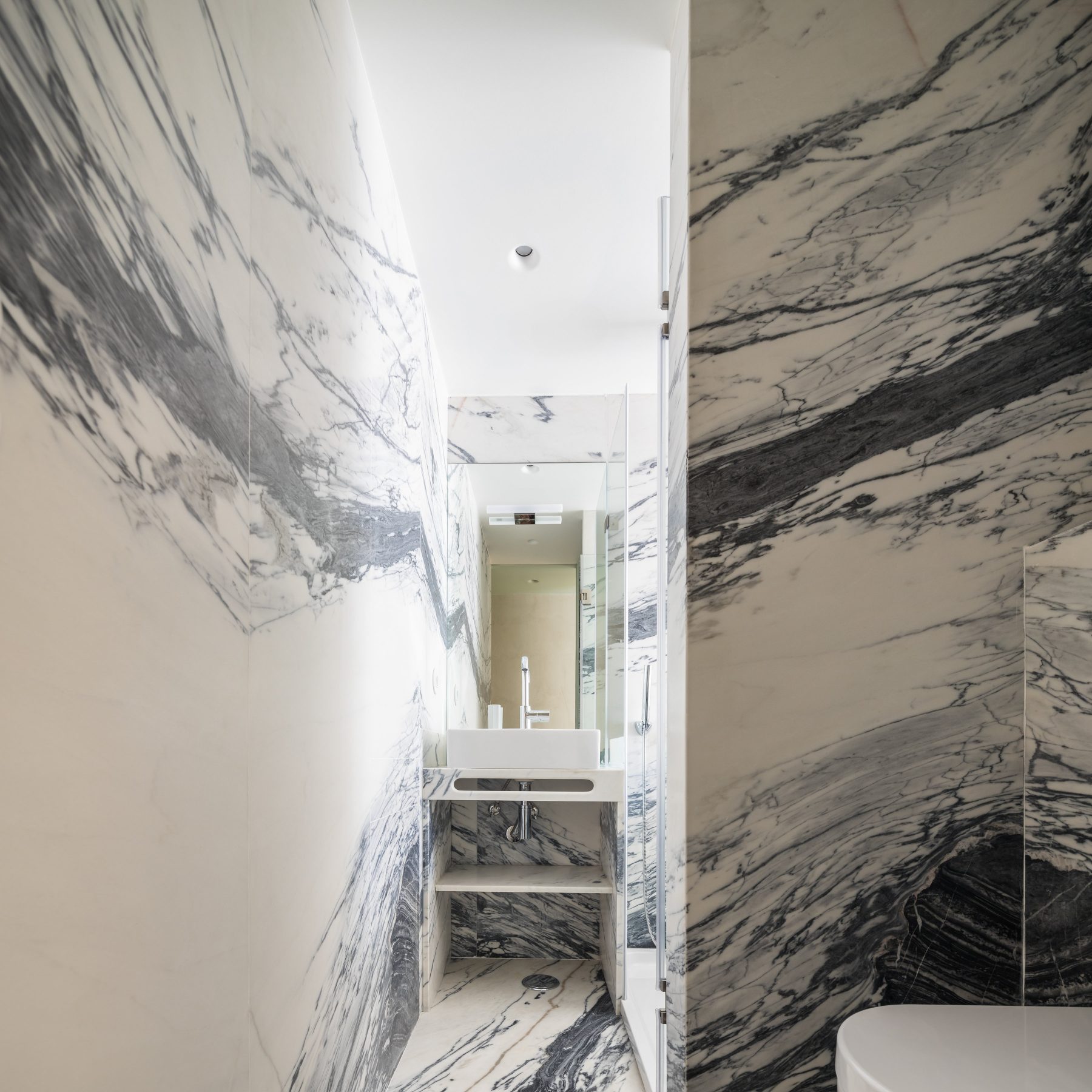 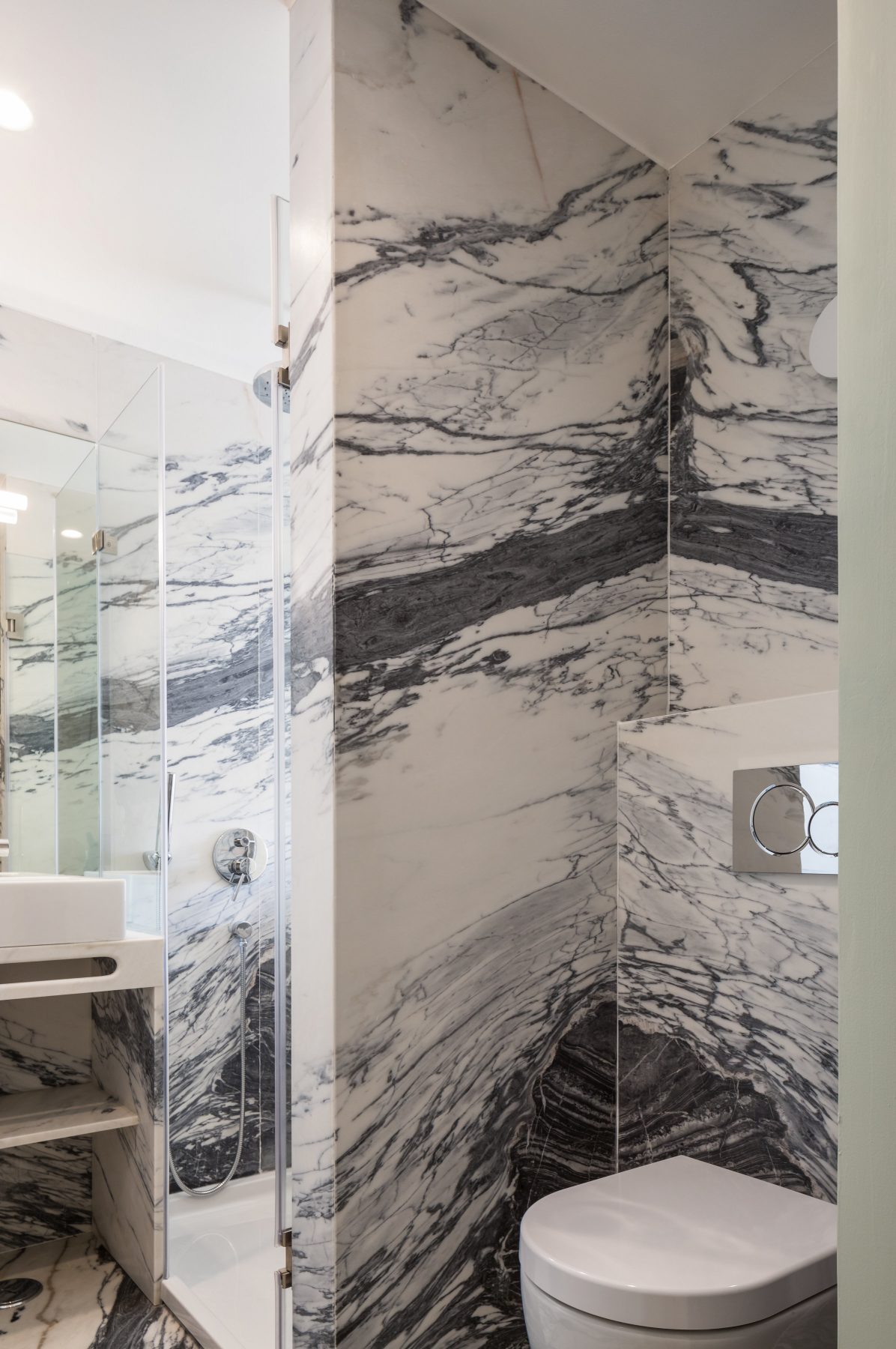 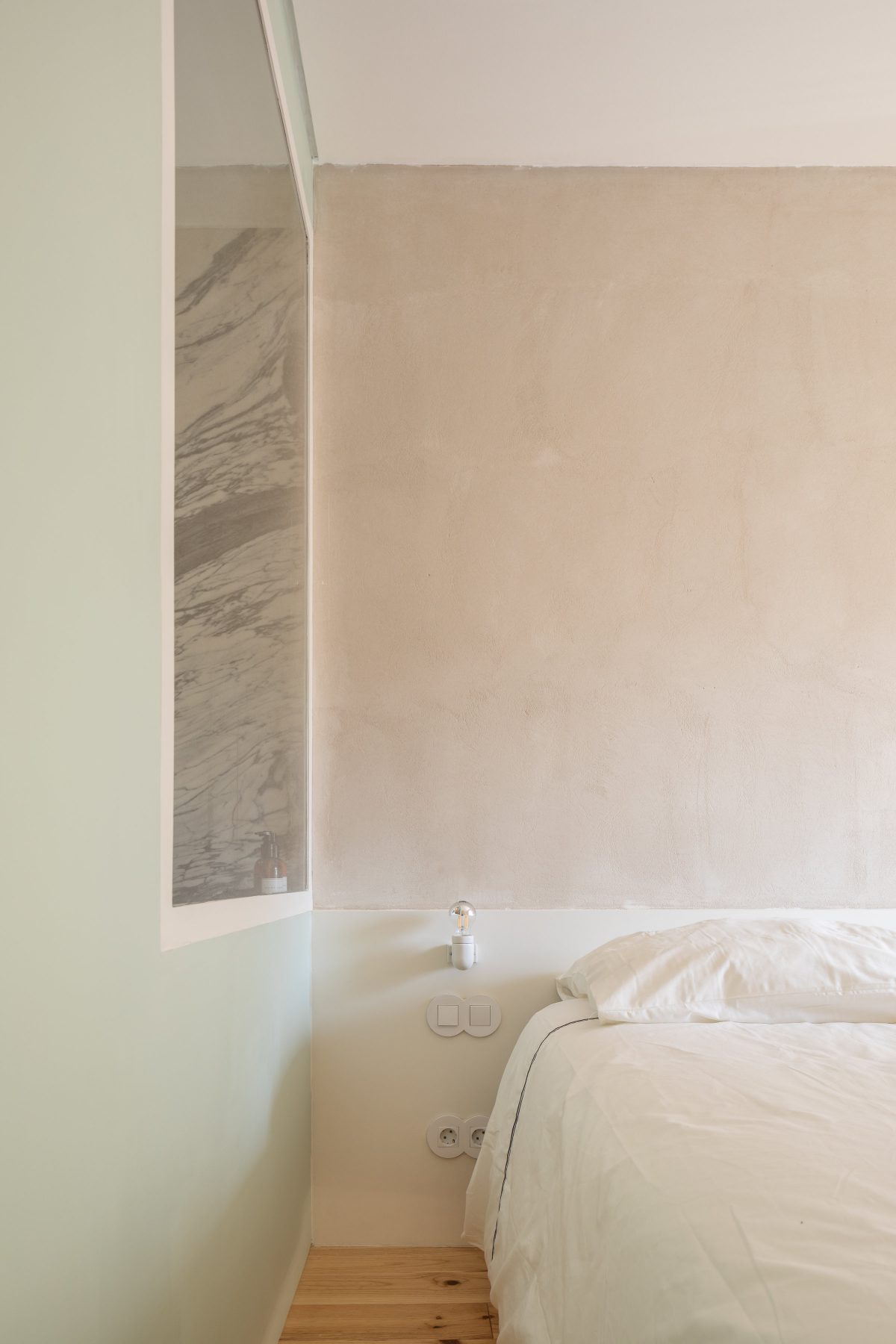 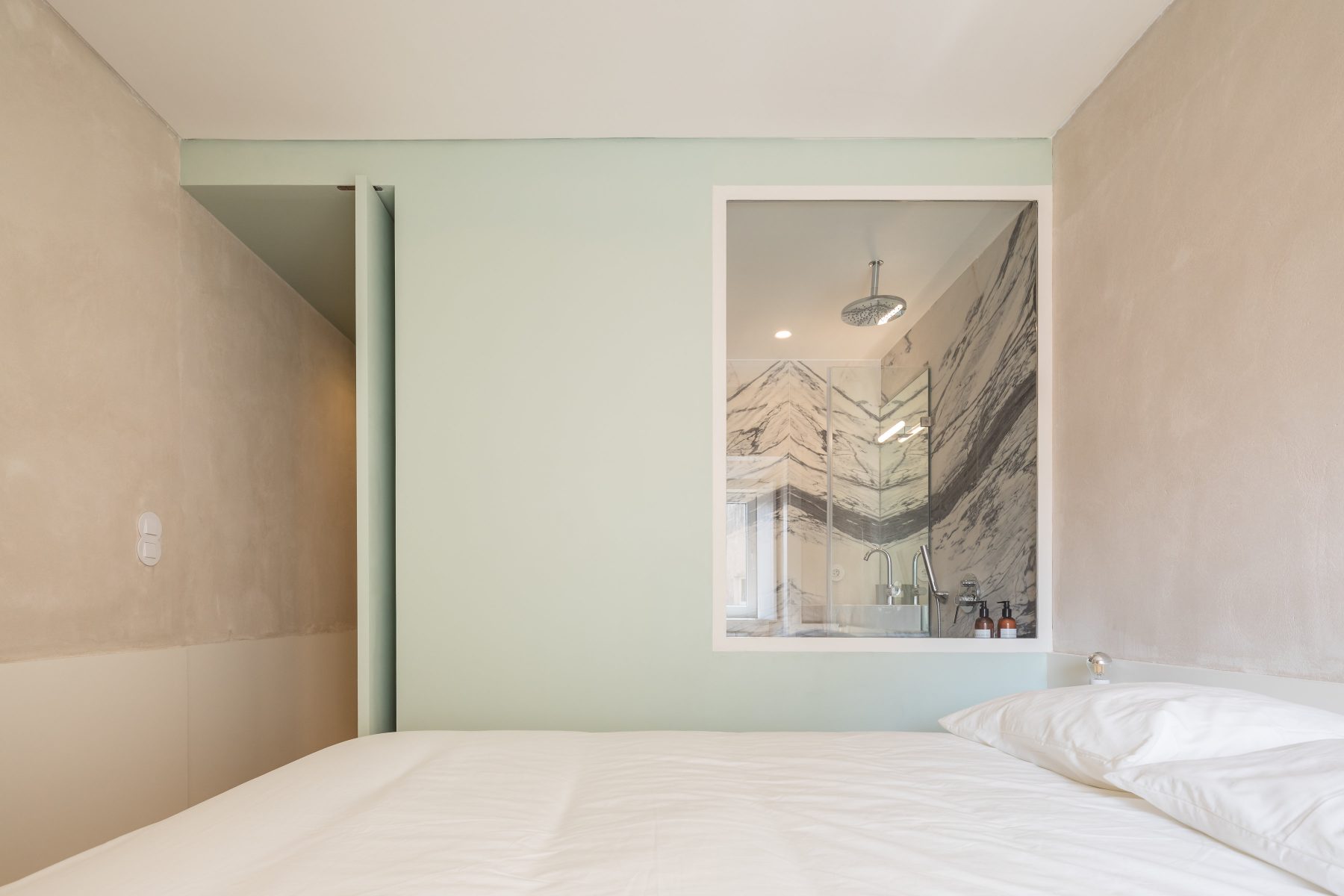 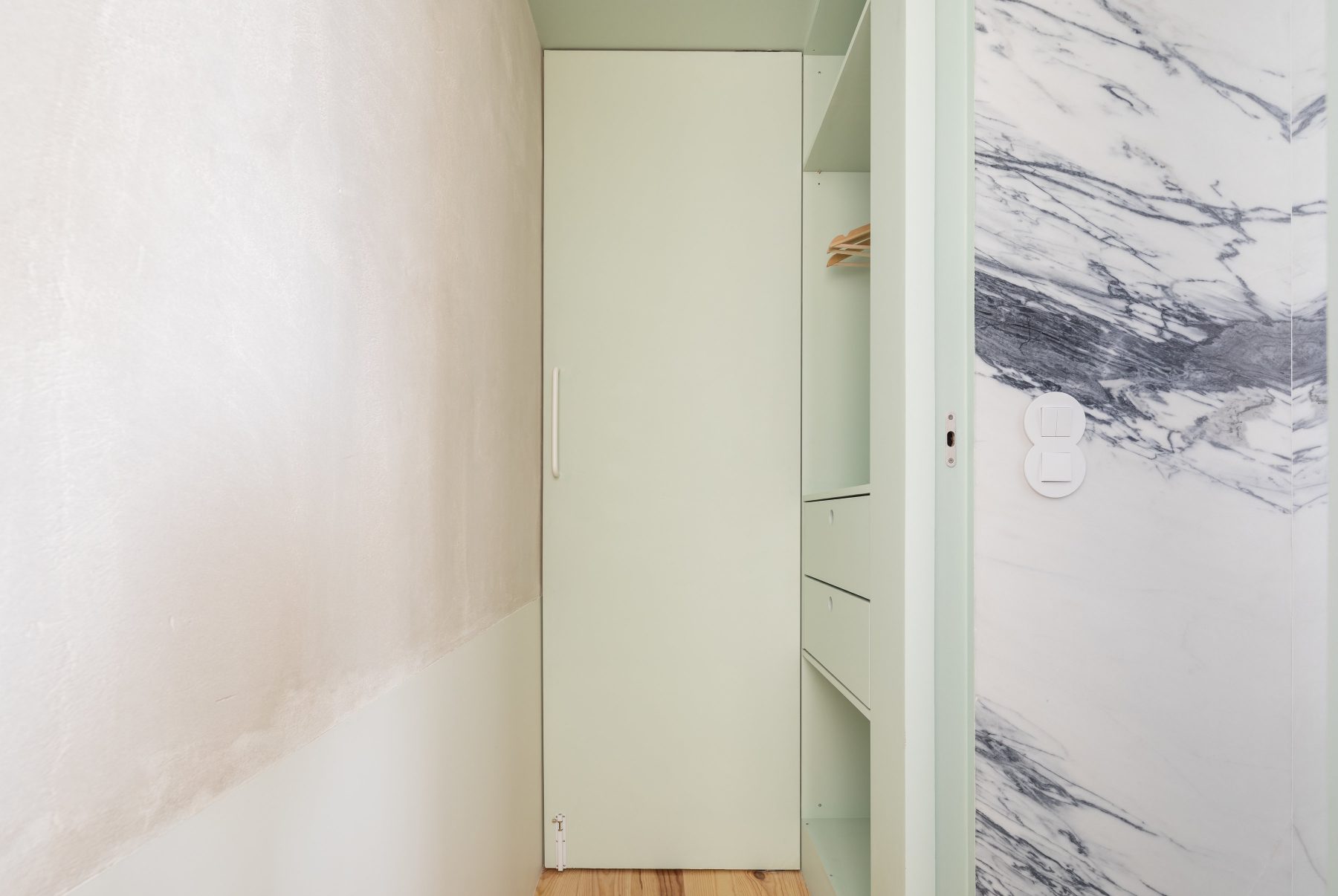 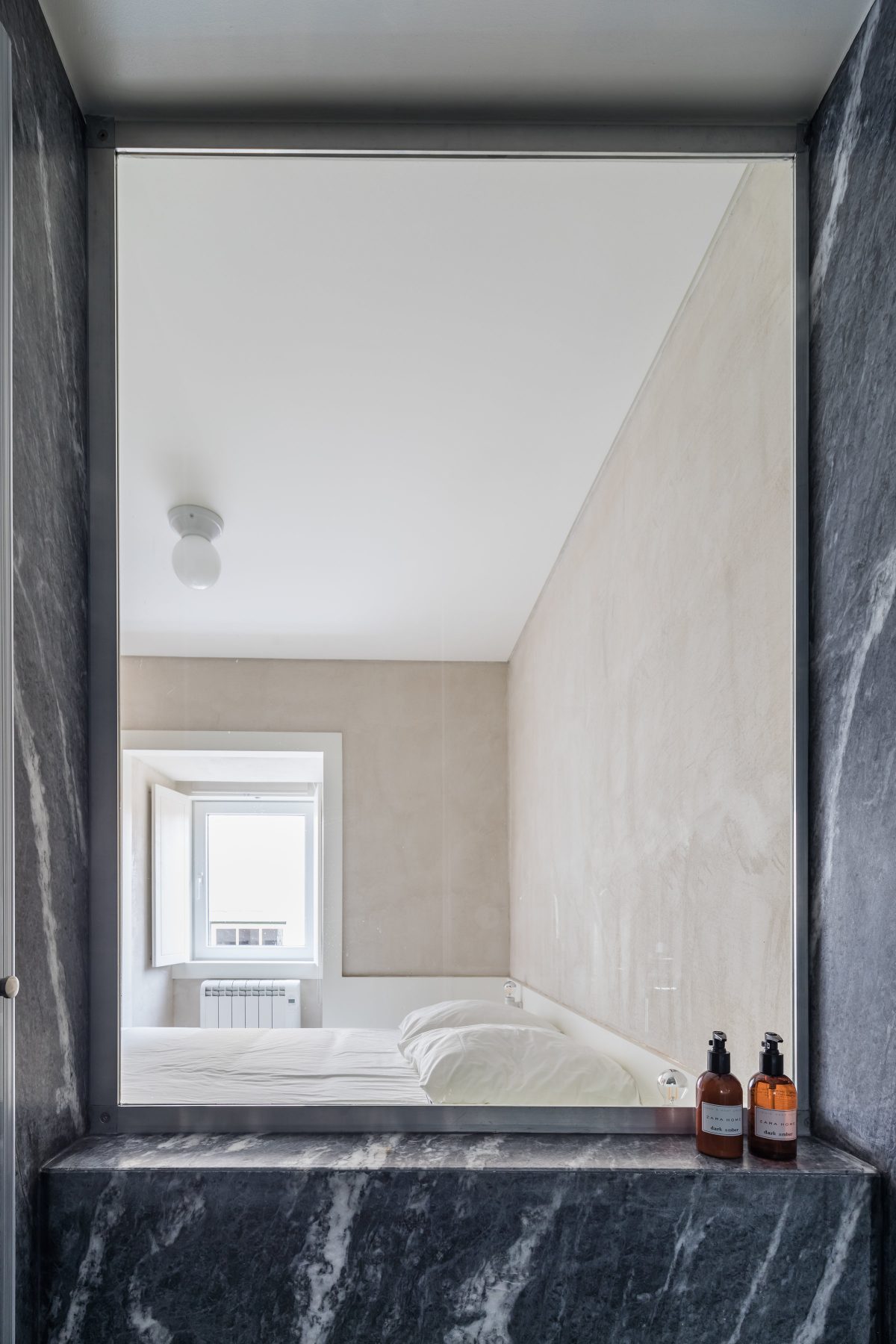 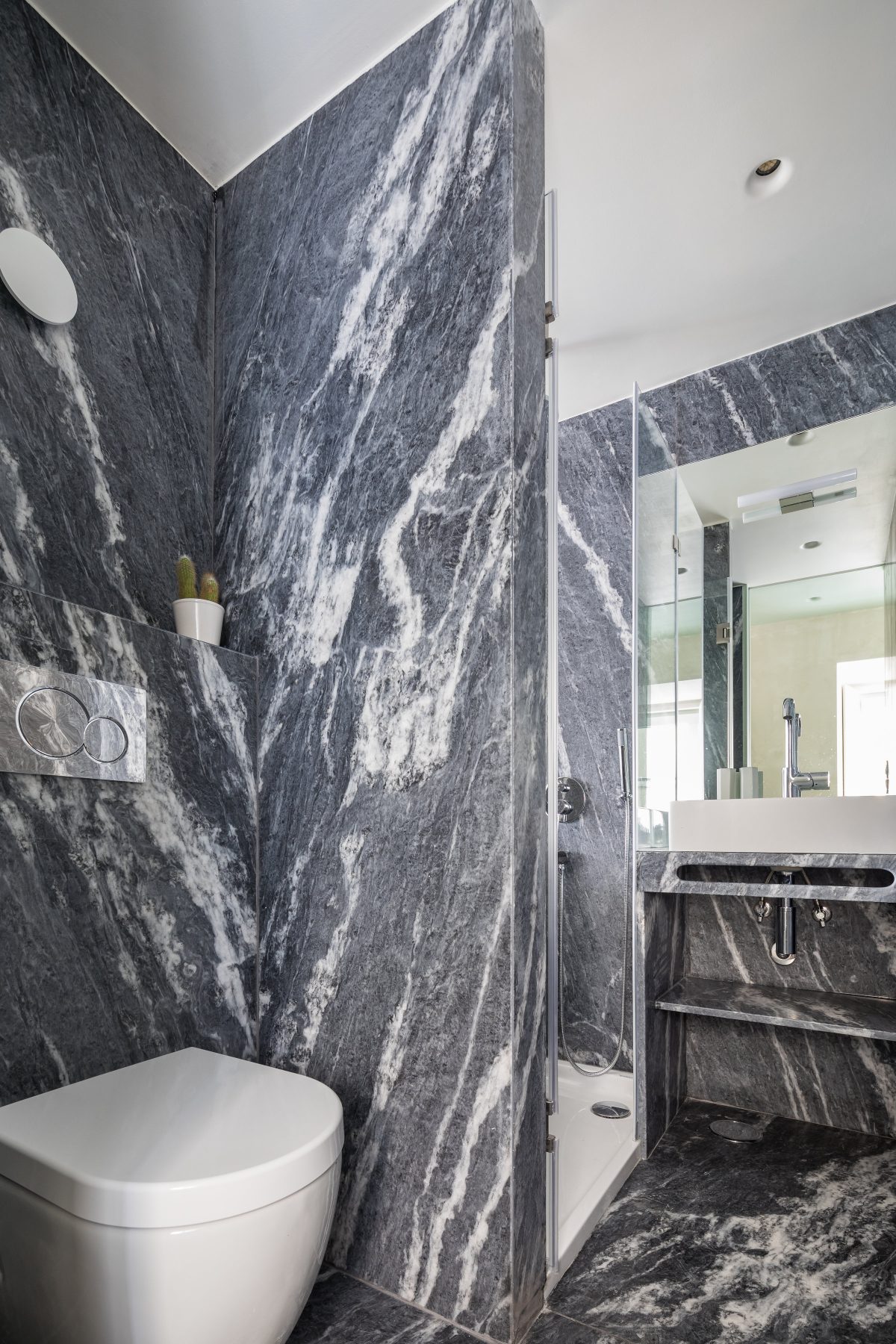 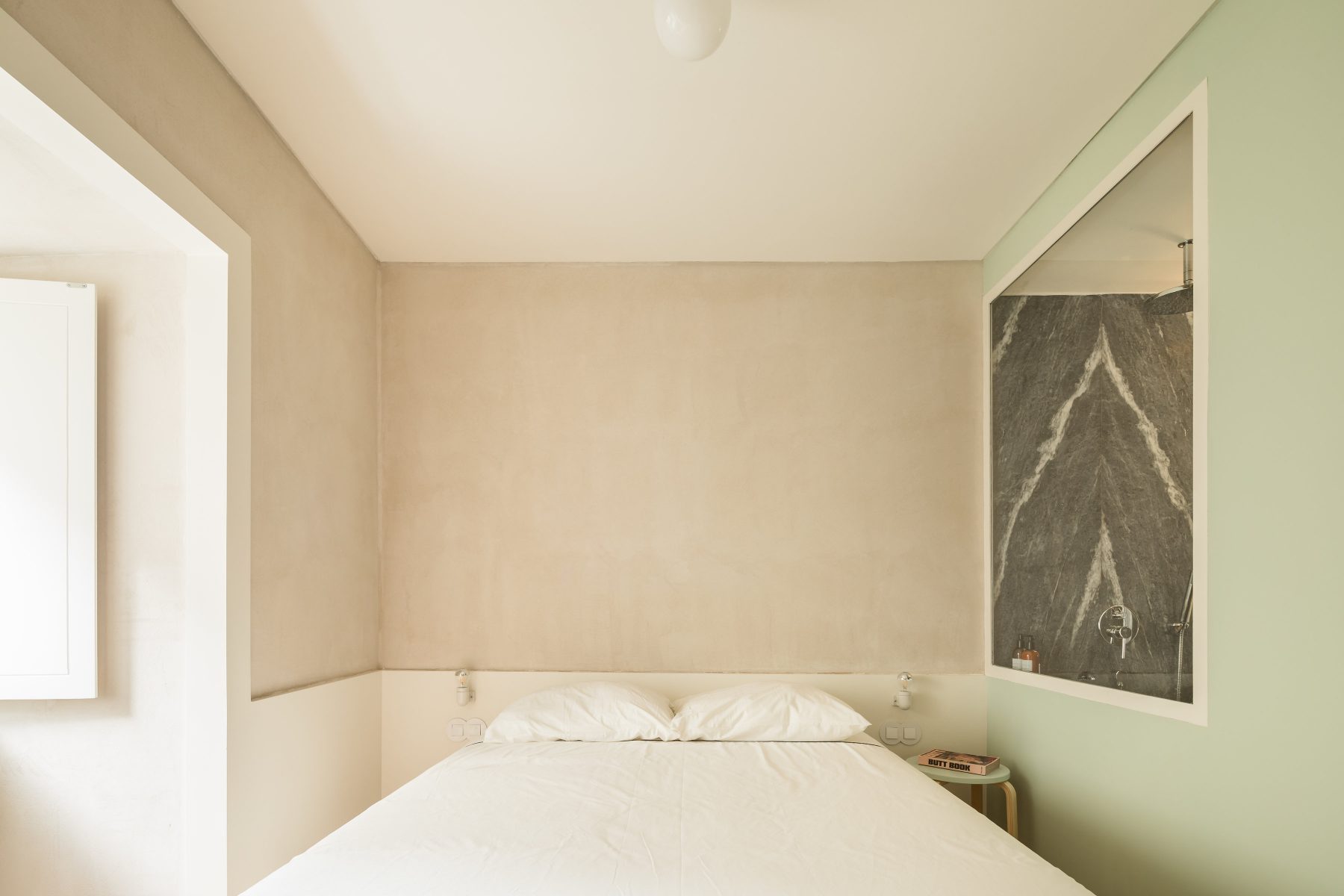 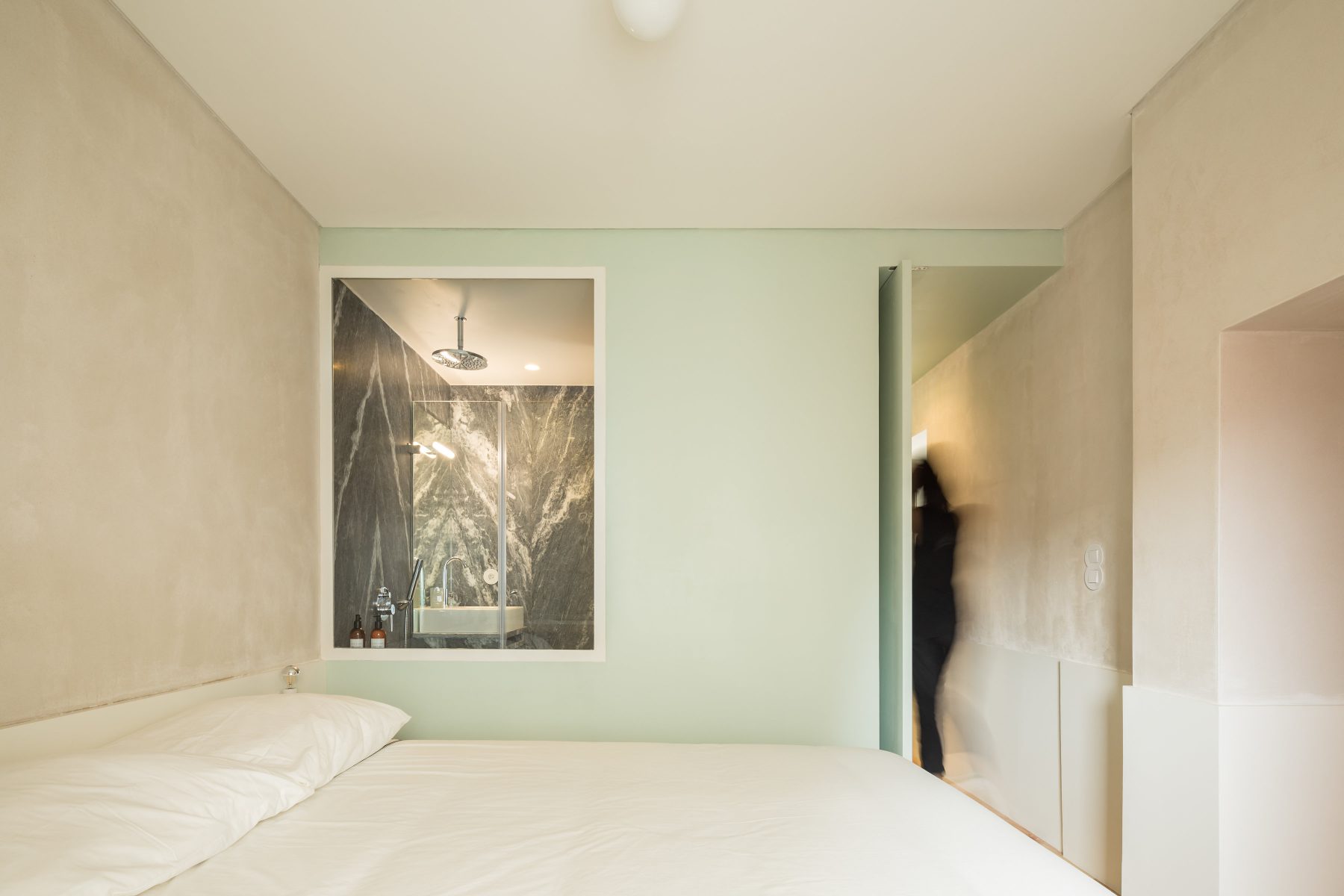 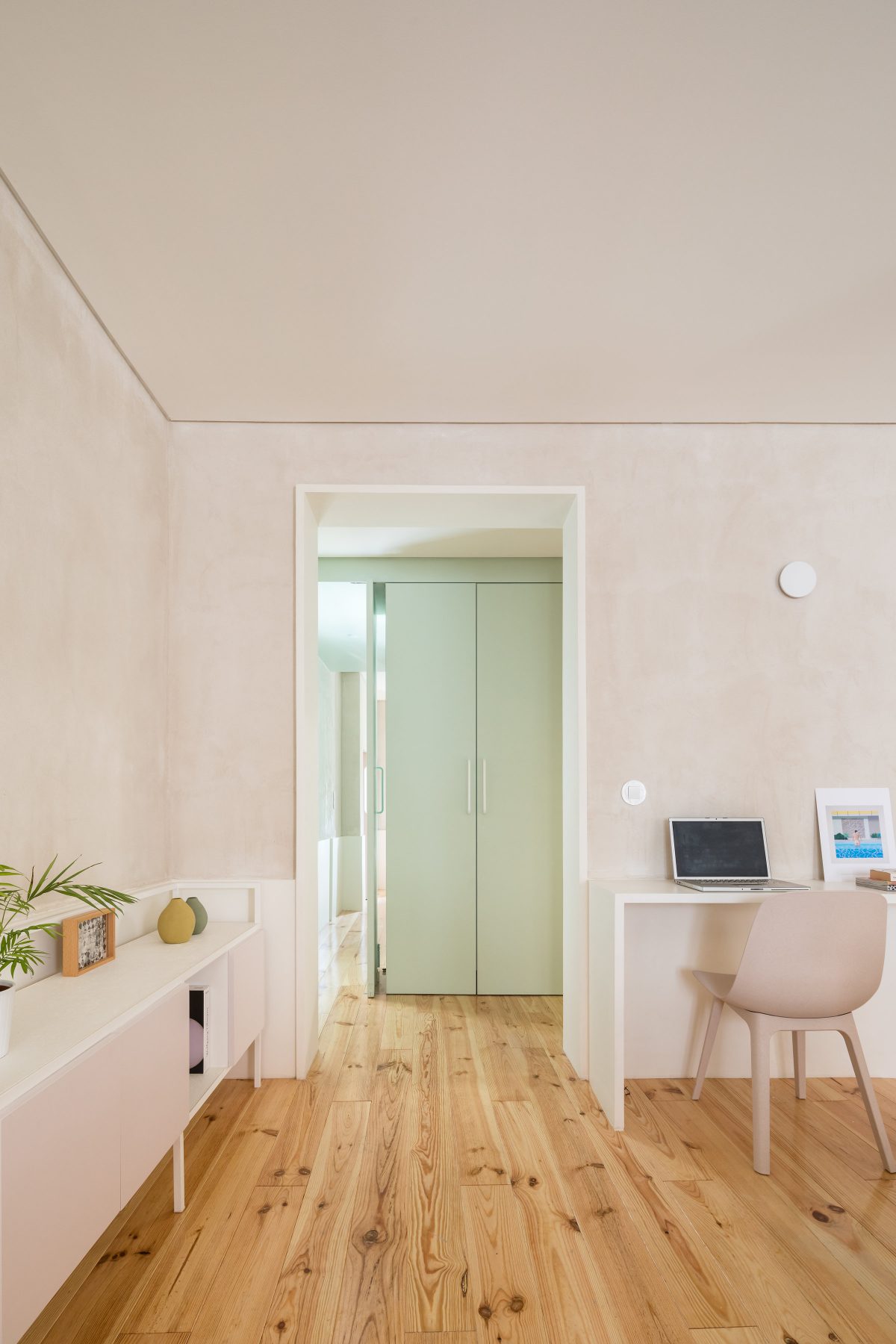